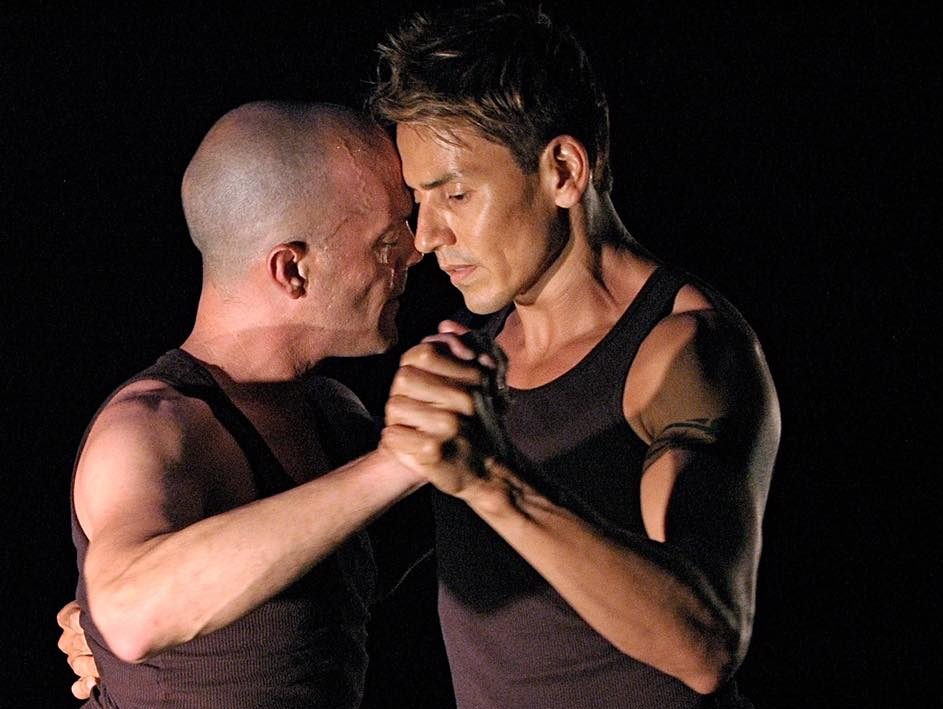 Ray Sullivan, left, is co-founder of Tango Out along with his partner, Luis Vivas. (Photo courtesy of Ray Sullivan)

To his thinking, a good milonga, which refers to both a style of tango music and the gathering where this type of dancing takes place, has the power to unite a community.

So he started Tango Out in 2016, a class and milonga where queer couples can socialize, learn to dance and feel a sense of belonging.

“In creating Tango Out, we wanted to do something slightly different. We didn’t want to create a separate community, so we decided to invite the LGBTQ community to come and dance and feel welcome with the traditional tango community in the same spaces,” says Sullivan, who is co-founder along with his partner, Luis Vivas. “That became our mission from the very beginning. It wasn’t just about creating a separate queer space.”

This April, he was taking that idea even further with the creation of the first Miami International Queer Tango Festival, titled “Conexion,” paying homage to the connections that tango initiates. Sullivan received a Knight Foundation Grant and had set the Miami Beach festival for April 2-6, during Pride weekend.

Now, it’s been rescheduled for this fall.

“We were fortunate to move the festival to Oct. 8-12. That it worked is a real blessing because we needed to move all of the artists, the plane tickets, the venues, everything,” he says. “Everyone has been fantastic. Cross our fingers, we have everyone.”

Looking back, Sullivan has strong thoughts on how tango and milongas have influenced his life, the community and the direction of his career.

“In the early ’90s, my career took me to Buenos Aires, where I danced with the contemporary ballet there,” says Sullivan, who is originally from New Haven, Conn. “I did all of these dance-related things in Argentina that were really beautiful and exciting.”

A ballet dancer there invited him to a milonga in order to meet people and become a part of the Buenos Aires community.

“I didn’t know what a milonga was,” Sullivan says, laughing. “That was in 1993, I think, and basically I never stopped. The social dancing of tango, just going out and dancing socially, has been in my life since then.” 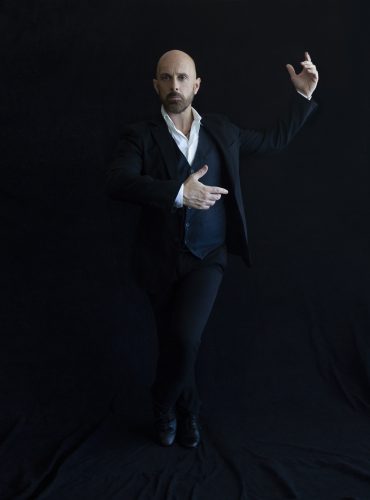 Ray Sullivan is originally from New Haven, Conn., but has spent the past 20 years in Miami. (Photo courtesy of Dina Levinson)

The milonga (meaning “many words”) originated in Argentina and Uruguay and was popularized in the 1870s as a social event. As a dance style, milonga refers to a fusion of many cultural dances but tends to be faster-paced and less complex.

Soon after arriving in Miami in late 1999, Sullivan began teaching at Miami City Ballet. He also became director of the now-closed Miami Contemporary Dance Co. and was involved in various dance-related endeavors throughout Miami.

One of the first pieces Sullivan choreographed for Miami Contemporary Dance was titled, “Tango Undressed.”

“At that time, it wasn’t common, globally, to have contemporary dance pieces or ballets with tango that used same-sex couples,” Sullivan says. “This was a full evening, and it had two duets with same-sex couples, one with two women and one with Luis Vivas and myself …

“I remember thinking, right before the first performance at the Jackie Gleason Theater to a pretty packed house, ‘What is the reaction of the audience going to be? I’ve created this work and am dancing one of the couples?’ I didn’t allow myself to think about that in the creative process. I just made this work.”

The piece went well, he says, and the audience was accepting and enthusiastic.

“‘Tango Undressed’ became a work that we performed quite a bit here, as well as on tour,” he says. “It really marked a part of both my career and my experience with what tango is like, mixing it with contemporary dance for stage.”

While “Tango Undressed” was concert dance, it opened the door and the thought process for Sullivan and Vivas to create something in the social dance arena that would begin to invite the LGBTQ community to come in and feel embraced.

For him, authentic tango dance has always been a social experience.

“Luis and I would go out dancing socially, and we could dance together. Even though it wasn’t always well looked upon, no one would tell us to get off the dance floor because we’re dancers,” he says. “We realized it wasn’t like that for everyone. There were people, just everyday people, who were feeling there was no way they could walk into this society and just appear.”

Through Tango Out, queer couples can socialize, learn to dance and feel a sense of belonging. (Photo courtesy of Ray Sullivan)

So they started Tango Out specifically with that mission: to be inclusive.

Sullivan says he feels really fortunate and blessed that his dance career has allowed him to be well-connected in the arts community with funders, supporters and people who work at the county level.

“Maybe four years ago, people didn’t know exactly what I was doing, and now they’re beginning to understand it. It speaks volumes about the strength of our community here in Miami,” he says.

Since its creation, Tango Out has offered more than 300 community classes, used a number of different venues, and presented a long list of artists, many of whom are internationally known in the tango world. The artists perform and teach, and students get to meet them, talk with them, and share a moment with them. It’s more intimate, more social – and it gets to the roots of tango.

Sullivan and Vivas decided the next step would be to create a queer tango festival in Miami.

“Luis and I have spent the last three or four years either participating in or attending queer festivals around the globe in order to prepare Miami to have our first queer tango festival here,” he says. “Everything in tango is about the connection you feel with the person you’re dancing with. You dance with people from all over the world. There are people from everywhere who dance tango that come and visit. You might be dancing with someone who doesn’t even speak your language, but you’re still connected.”

Being that Miami is a city that is such a connector, it was time for this festival to be here.

“It is so important that there are these social projects that are embracing the LGBTQ community along with the traditional tango community in the same spaces. It gives people the ability to actually share time together socially, dance together and get to know each other.  I think it’s extremely important in the world today. If we want to have inclusion, tango and the dance space is a great way to begin that inclusion. Creating something with someone improvising on a dance floor together is so powerful, and it’s really difficult to exclude someone from your existence once you’ve embraced them.

“I think it’s important visually that there might be 40 couples on a dance floor and, within that, some of the couples are same-sex couples. If the eye becomes accustomed to it, sees it, becomes familiar with it, then that’s what causes inclusion, and that kind of knowledge and that kind of love is what gets rid of hate.”

Sullivan was pensive. “When there’s a problem, you address it and do something about it.  This is our way of doing something.”

Because of social distancing, Tango Out has canceled its activities. Stay up to date with the group’s activities on Facebook and Instagram. For more information on Conexion in October, visit miamiqueertangofestival.com.