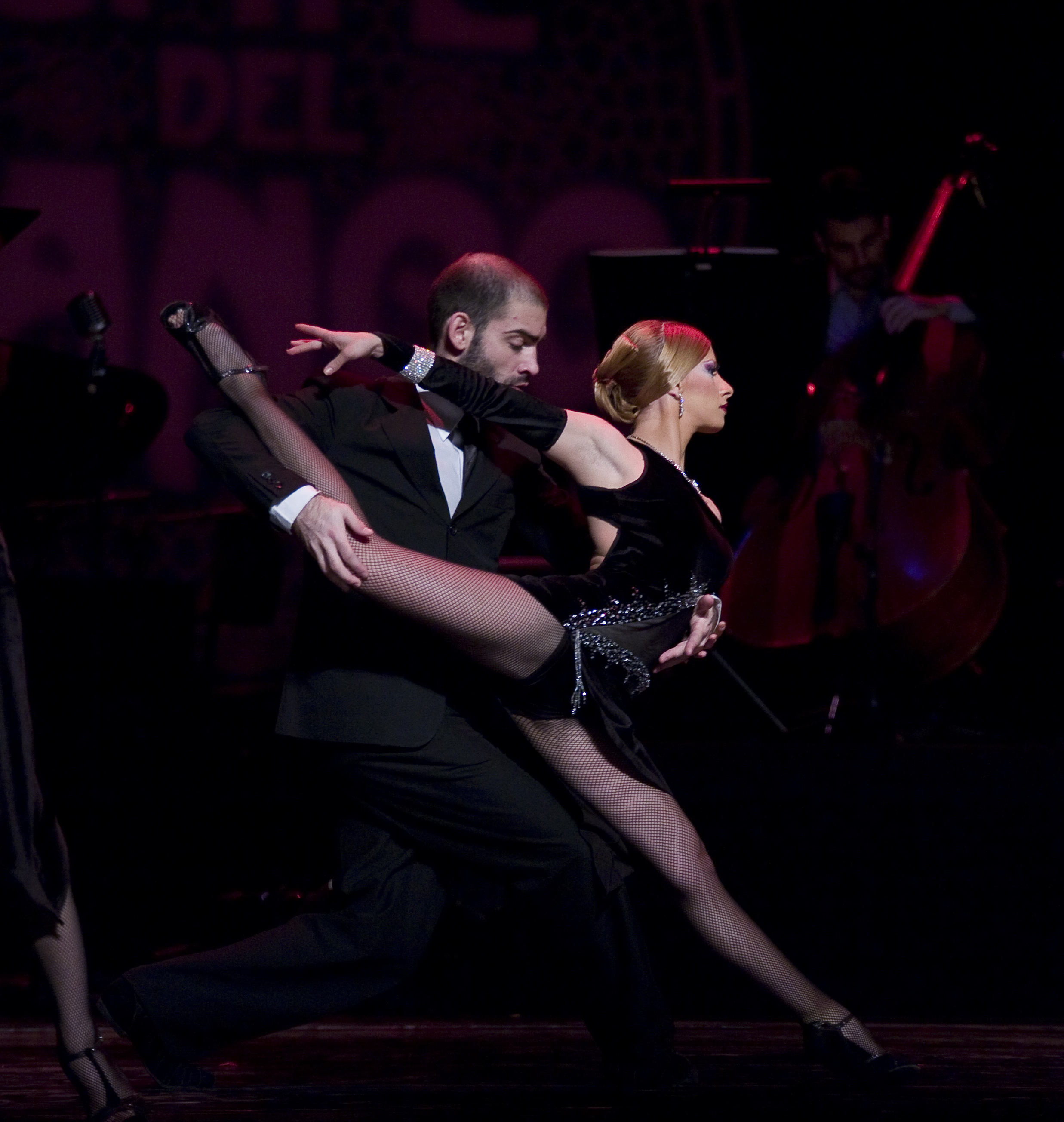 Tango music and dance continue to be hot. And in South Florida, the sizzle has not subsided. Every season there’s a company or more bringing its own spin to the genre, and this year is no exception: earlier in the week, it was Tango Lovers in Miami Beach. This Friday and Saturday it’s Tango Fire, in West Palm Beach’s Kravis Center for the Performing Arts (www.kravis.org), and in Miami’s South Miami-Dade Cultural Arts Center (http://www.smdcac.org) respectively. Argentina-based Tango Fire http://www.tango-fire.com presented its new production, Flames of Desire, in London last February. In the fall, the company, founded in 2005, embarked on a tour that brings to North America a new generation of tango dancers, including five recent world tango champions. They are accompanied by a young quartet of musicians, Quarteto Fuego, and vocalist Jesús Hidalgo, in a show that traces the roots of this dance form and its music as it rose from the arrabales, or poor neighborhoods of Buenos Aires (though Uruguayans also stake a claim in this), and out into the world. “This is our sixth tour in the U.S., and our third stop in Florida, always with a wonderful reception from the audience. In Palm Beach we performed in 2008 and 2011, and now again. But it’s the first time we perform in Miami, and we can’t wait to share our show with Miami’s Latin and American tango lovers,” Tango Fire’s director of choreography, Germán Cornejo, tells Artburst. The 27-year-old performer, who hails from the city of Zárate, has been dancing since he was 10, in what he recalls was “love at first sight” with the genre. And that affair continues to this day unabated. He describes Tango Fire as “a group of flavors for the soul.” Tango Fire, he explains, not only stresses the technical part, something that Cornejo considers fundamental to execute a performance. “But also the real connection that takes place between each performer as they go on stage, whether to dance or to create music, displaying a real, artistic and emotional quality at all times.” A quality that Cornejo himself has been able to exhibit on stages both at home and abroad. Among his teachers he credits Nélida Rodríguez, one of the first ballerinas from 1980s Broadway sensation Tango Argentino, an Argentine show greatly responsible for flaming anew an interest in tango the world over. “The impulse [for the comeback] came, without a doubt, from Tango Argentino,” says Cornejo. “Great artists from our music, along with legendary dance couples, became pioneers, taking tango around the world and unleashing a frenzy.” Cornejo hopes to unleash a frenzy of his own among tango lovers here: “The audience will be able to enjoy a show that is impeccable in every way. With an ample repertoire of hits, from classics of the genre such as La Cumparsita, Canaro en París, or A Los Amigos, to works like Libertango, Adiós Nonino and Oblivion, that reveal contemporary Buenos Aires. And we can’t forget compositions that present an avant-garde musical panorama, including Susu and Vuelvo al Sur.” In terms of dance, he adds, “I try to touch upon different emotions in each piece. My main objective is to transmit, to move you. Each choreography has a reason for being, a particular motivation around which it revolves.” So don’t expect then a fast food version of tango à la Dancing With the Stars. Though Cornejo is no stranger to the small screen. In 2011, he and dance partner Gisela Galeassi participated in the reality TV show Q’ Viva! The Chosen, produced by Jennifer López and Marc Anthony, and broadcast on FOX TV. “I think the program made Argentine tango accessible to a lot of homes that perhaps did not know tango the way we presented it,” says Cornejo. “Argentine tango is passion, intimacy, communication, soul, not only a set of movements. Tango can be a warm embrace or a sensual leg that coils around another like a serpent. Tango is emotion, is feeling, is giving oneself.” Tango Fire – Flames of Desire comes on Friday, Nov. 22 at 8:00 p.m., to the Kravis Center for the Performing Arts, 701 Okeechobee Blvd., West Palm Beach. Tickets start at $20. Info: 561-832-7469. On Saturday, Nov. 2 at 8:00 p.m.3 it moves to the South Miami-Dade Cultural Arts Center, 10950 SW 211 St., Cutler Bay. Tickets range from $27.50 to $48.50. Info: 786-573-5300. Credit: Courtesy of Tango Fire