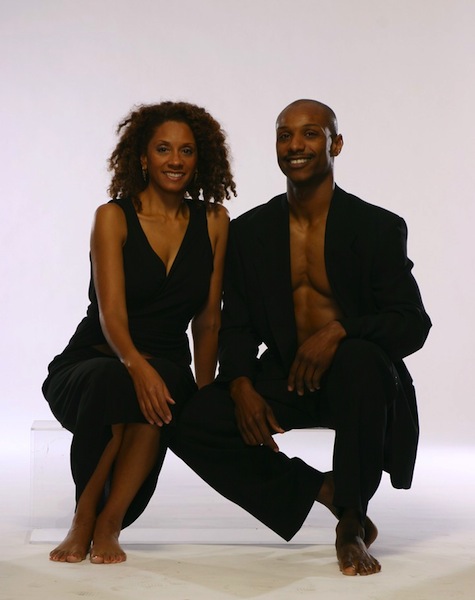 With the arrival of the Dance/USA national conference in for the first time in Miami in June, the local dance community has been buzzing. Held in a different city each year, the annual conference draws artists, educators, administrators, and cultural leaders from around the country to discuss pressing issues in the ever-changing field of dance. Race and diversity, featured in multiple panel discussions this year, was a particularly pertinent topic for 2015.

Race issues have been surfacing regularly in the news and, on the same day that the Dance/USA conference opened, nine African-American members of a Charleston, S.C. church were killed in a racially motivated hate crime. This tragic event was often referenced during the multiple diversity-focused panels scheduled during the conference.

Based on the testimonies throughout the conference, race in the dance world is a particularly loaded issue that inspires a great deal of agitation as well as forward-thinking effort. One of the conference panels sought methods to combat racial discrepancies. The title states the topic: Off Balance: Resembling All of America Throughout our Field is Still an Aspirational Goal — What Are We Prepared to Do About It? Among the panelists were many Miami leaders and thinkers, including Deborah J. Margol, deputy director of the Miami-Dade County Department of Cultural Affairs; Ruth Wiesen, executive/artistic director of the Thomas Armour Youth Ballet; and Afua Hall, educator, choreographer and dancer. They were joined by Uri Sands and Toni Pierce-Sands, founders and artistic Directors of TU Dance from St. Paul, M.N., and Anjali Austin, associate professor of dance at Florida State University.

Off Balance, like the other panel discussions, was designed not as a lecture but rather an open forum for conversation between panelists and audience members. The panelists spoke first. Many described imbalances in dance education, and how children’s early experiences in the dance studio can shape their own self-perception and form an image of what a dancer looks like.

Hall, as an educator, observed that students typically fall into habitual and race-sorted positions in the room, which she attempts to disrupt by asking students to arrange themselves differently. Wiesen added that children’s dance often begins with diverse mixes of students, but eventually, at the high school and college levels, she saw that classes “didn’t reflect the community, they reflected an economic class.” A lack of resources and transportation were the main obstacles, so her organization went out into the community and began offering satellite arts programs.

The necessity of actively engaging with families and communities was reiterated by Pierce-Sands, who had her own experience running a dance studio. “It was important to us that we had windows,” she said, “so families knew they were welcome to come and observe.” The goal was inclusivity and visibility, for the whole family to be “welcomed into a community that is about dance.” In this way, an image that includes black dancers is continually formed, and the community at large is educated.

Over and again, visibility was cited as a critical component of establishing equality and greater diversity within the field of dance. When images of dance in the media, on stage, or in the classroom, are shaded mostly white, stereotypes and limitations are perpetuated. This is particularly true for younger dancers whose ideas of their possibilities are shaped by the world they see around them. “What children see in front of them is the message,” Wiesen observed . “It’s harder to change at the adult level.” She expanded the definition of diversity beyond race alone, to include variations in body type.

An audience member spoke up in agreement. “In all types of dance, there is a tendency to discriminate against certain body types.” She gave an example of a blonde, blue-eyed woman who was told she would never be a lead flamenco dancer because she did not fit into the dark-haired Spanish prototype. “We have a tendency to think of it as a black and white issue but it permeates all forms of dance.” Others gave examples of marketing images that reinforce and perpetuate a lack of diversity in the field.

Ultimately the question is, as one audience member put it, “do we want to dismantle old constructs or create new ones?” Pierce-Sands added, “we need to recognize in ourselves what has been trained in us … and decide whether we go with those things or make a change.” And as her artistic partner Sands elaborated, you can build from your own vision, rather than attempting to dismantle outdated and discriminatory systems.

As in the other diversity panels, language was named as a powerful element to either perpetuate or disrupt systemic racism. One audience member argued that “diversity just means separateness. It’s hard to find a language that helps us all be on the same page.” Margol countered that although language does matter, “intention and genuine openness to understanding need to be at the forefront.”

In closing Margol observed, “everybody in this room is a change maker but nobody is a change maker alone.” The message was clear, that in hearing multiple perspectives and articulating a collective desire for diversity, it may be that we can take at least one more step towards balance in the field of dance.