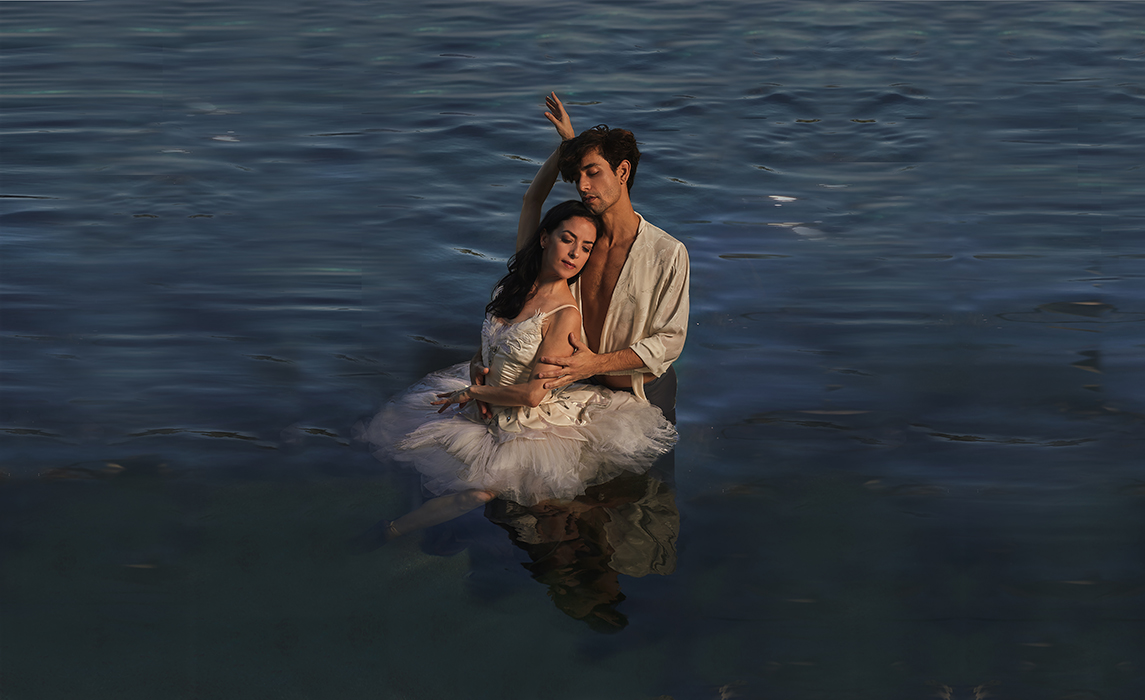 On the special occasion of the announcement of the so-called “35th anniversary season” – Toby Lerner Ansin and Edward Villella founded Miami City Ballet (MCB) in 1985 – we spoke with López about what has been these eight years at the helm of the organization and the importance of the premiere for the company of Alexei Ratmansky’s “Swan Lake”.

What do you consider the biggest success?

It’s really not how I think, in terms of success, but I am proud of a few things. I am proud of our commissions, “Nutcracker” with Isabel and Ruben Toledo, “Midsummer Night’s Dream” (the very first ever re-imagined Balanchine ballet) with Michele Oka Doner and our “Firebird” (re-designed for the first time since 1949 and never seen outside of NY). I am proud of these projects and that we were able to bring them to our dancers and audiences.

What have been the biggest challenges?

The biggest challenge has been to get our audience to trust that when they come to a MCB performance, they will be transported, that they will leave the ordinary behind. We have now gotten to this point. Miami is trusting MCB, trusting that we put programs and performances on stage with tremendous care and thought. Right now, nothing has been as big as Covid-19 and I hope nothing ever will be again!

What is your vision for the future of the company?

I don’t necessarily have a specific vision, meaning, I want this to be a classical company, or a modern company. I don’t think that way. I just feel so strongly that dance is such a powerful art form, such a powerful tool to reach people, to communicate, to transport them, to unite, it’s how I have always felt while I was dancing. Every time that curtain came down after a performance, regardless of whether it was a good, or bad, performance, I was fulfilled. I always felt that I was in the right place, at the right time and that is what I want for the dancers and for our audience, to feel that they are in the right place, at the right time.

When I was young, had just entered NYCB, I asked Mr. Balanchine when I would dance like his ballerinas, what did I need to do? And you know what he said? “Every day you take class and work, and work, and work. Then one day you will wake up and you’ll be there. It’s work”. There’s a great quote by T.S. Eliot that a great friend of mine told me about: “Between the idea and the reality, between the motion and the act, falls the Shadow.” Basically, what it means is that vision is about having a goal and then getting to work. 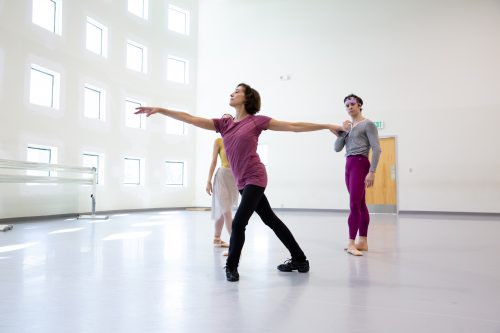 “Vision is about having a goal and then getting to work”, says Lourdes Lopez, here in rehearsal with Katia Carranza and Carlos Quenedit. Photography: Alexander Iziliaev (courtesy)

The short answer is, I was looking for a “Swan Lake” for MCB. The ballet is one of the most important ballets in the classical repertory and a ballet that really defines a classical ballet company and gives it a certain, artistic stature, a raison d’être. When I realized he had choreographed one in 2015, I thought, why not have the greatest ballet of all time “Swan Lake”, by the greatest living choreographer of our time.

Balanchine always said, ‘we live in the present…there is no time like the present’. Why not now? But also, it’s our 35th anniversary and I wanted a work that would truly celebrate where MCB has gotten to. The level of artistry of its dancers, its productions its artistic strength, integrity and vision. I wanted something we could all celebrate together and be proud of how far we have come, in such a short time, together.

How difficult was the process to obtain the right to incorporate Alexei Ratmansky’s “Swan Lake” to Miami City Ballet repertory?

Alexei Ratmansky loves MCB and he has been very vocal about this, especially in the press. So, this part was not difficult. What was difficult was raising the funds for it. It had to do with educating individuals that “Swan Lake”, like our “Nutcracker” and our “Midsummer’s”, is an investment. “Swan Lake” is a ballet with a huge appeal for an audience and that appeal will be lasting. Audiences will always come to “Swan Lake”, and like “Nutcracker” it’s a narrative that resonates and then there’s that glorious score by Tchaikovsky, truly one of the great ballets of all time. “Swan Lake”, like “Nutcracker” and “Midsummer” is a gateway to the art form. If we put it on the stage, they will come!

There are a few things in this version that will make the ballet different from other very popular versions, like no dancing Rothbart, no jester, the absence of the swan arms, etc. In your opinion, what are the more significant changes?

In a 2016 interview, Ratmansky said referring to the character dances in “Swan Lake” (Spanish, Neapolitan, etc.): “This is an art that disappears since modern choreographers do not use these styles in their works”. Do you agree?

Who am I to disagree with Ratmansky! What I do know is that the choreography for the divertissements in Act 3 (ballroom scene) all incorporate traditional ethnic steps from those cultural dances and perhaps this is what he meant.

The scenery and costume designs are by Jérôme Kaplan, based on those of the production Petipa / Ivanov. Are you ordering new sets and costumes or using those previously used by another company?

We are building sets and costumes – this is so we have the production available to us for touring when we need it and we do hope it will tour and a lot!

Miami City Ballet most definitely seems ready to add another blockbuster to their repertoire and show it off to the world. We’ll just have to wait.

Tickets for the Miami City Ballet 2020/21 season with performances at the Arsht Center (Miami), Broward Center (Ft. Lauderdale) and Kravis Center (West Palm Beach) are currently available only as part of a subscription. Individual tickets will go on sale later in the year. To stay up to date on dates, learn more about the works and programs mentioned here or purchase a subscription, visit miamicityballet.org or call (305) 929-7010.