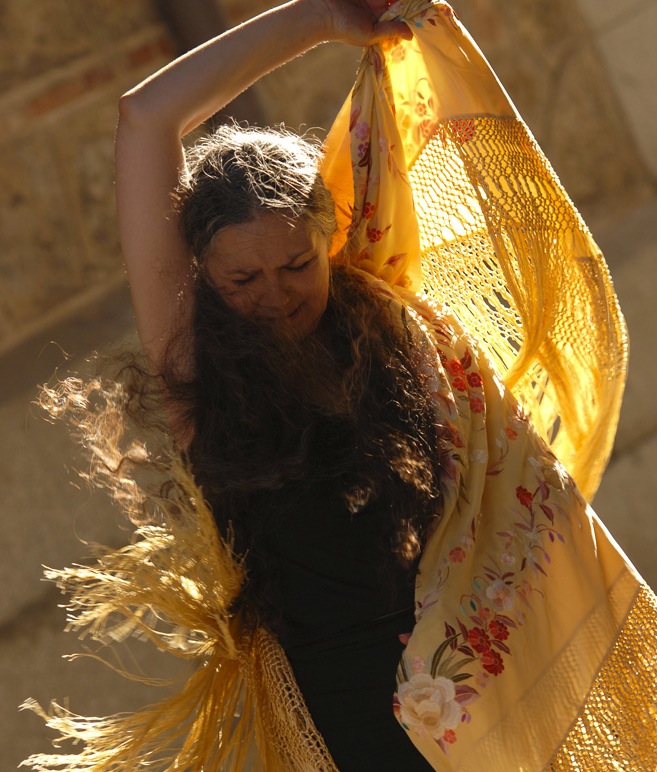 Ballet Flamenco La Rosa brings the work of Swedish playwright August Strindberg to life in dance. “El Padre,” which has its world premiere this weekend, is based on Strindberg’s “The Father.” “What I’m doing is pure flamenco, authentic flamenco,” said Ilisa Rosal, artistic director of the North Miami-based company.

“The word ‘ballet’ means a work of dance,” Rosal explains, not exclusively the kind with tutus and dancers en pointe. This is the second work by Strindberg, who wrote in the late 19th century, that Rosal has adapted. The first was “Miss Julie,” which premiered in January 2014 as “Senorita Julia.”

“When I did the work ‘Miss Julie’ I got more involved with kind of analyzing and understanding him, and became more and more impressed with the quality of his work,” Rosal says. She read all of his plays and selected “The Father,” from 1887, for her next adaptation.

“I feel it’s very, very relative today,” she says. “We have the same issues even though there’s perhaps a little less strict definition of gender roles in our society, still the same issues exist in families.”

The tragedy revolves around parents who disagree over their daughter’s future. The autocratic father believes he must be obeyed but the mother plans to thwart him by having him committed to an insane asylum. “El Padre” stars Carmela Greco of Spain, daughter of flamenco legend Jose Greco, as the mother. Eloy Aguilar, also a Spaniard, portrays the father; Josefine Chiachiero, from Sweden, dances the part of the daughter. In all, the cast comprises nine dancers and five musicians from varying backgrounds.

“During rehearsals it just came to me how this is three generations of artists from three countries,” says Rosal. “That made the process interesting and complex.” More than language, the difference in the cast members’ ages was responsible.

Each generation of flamenco dancers approaches the form differently, she explains, adding that “flamenco is a very individual art form as well, so each dancer has their own style.”

“El Padre” also marks Rosal’s return to the stage. Beginning in 1997, she suffered health problems so serious that she was bedridden for a couple of years. “So yeah, I’m very glad to be dancing again.”

The flamenco ballet is the closing event in this year’s Miami Dance Festival, a six-week celebration of dance in many styles. “This work has so much to offer on so many levels,” Rosal says. “I think it will speak to very diverse audiences. There’s drama, music, the athleticism, power and technique of flamenco.

“I think it resonates with people on a very deep level because it’s a profound way to express the human condition.”