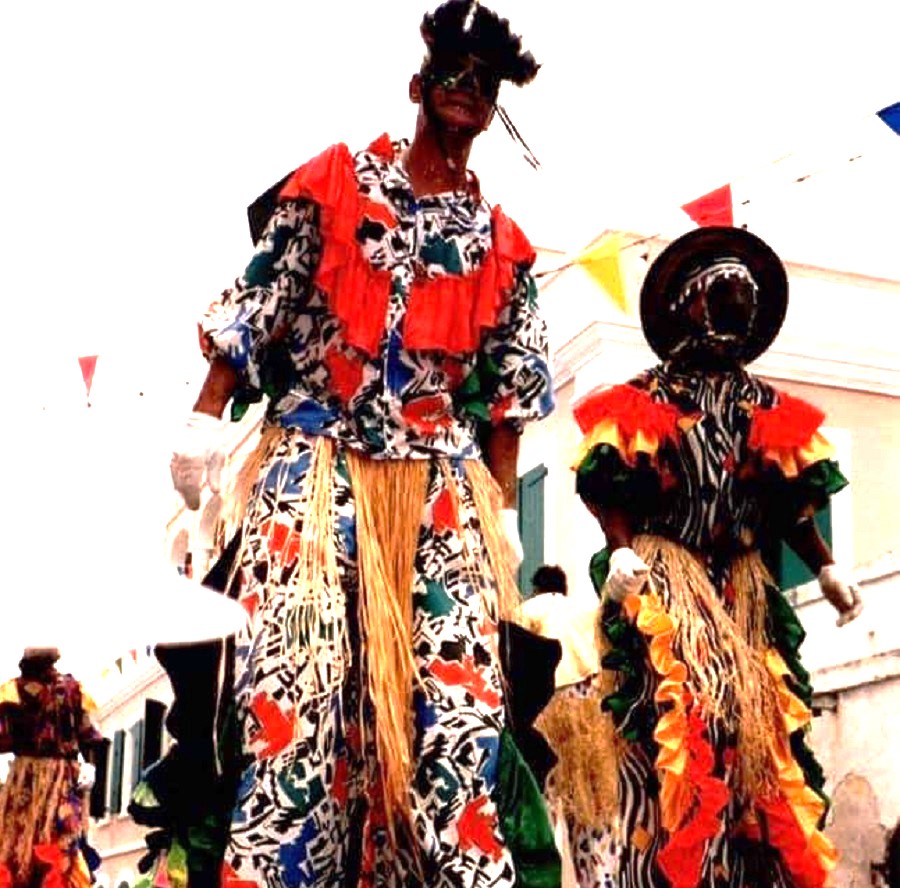 As distinctions between communities living side by side blur, the extraordinary diversity of the African Diaspora in South Florida is often hidden in plain sight.

The DanceAfrica Miami festival will celebrate the richness and depth of African culture and its many reinterpretations throughout the Americas and the Caribbean from Friday, Aug. 5, through Sunday, Aug. 7, at the Lou Rawls Center for the Performing Arts at Florida Memorial University in Miami Gardens.

The theme of this year’s DanceAfrica Miami is “Rise Above,” a nod to the participation of two Stilt Mask Guilds that are prominent performers of the African-derived traditional and acrobatic ballet style of stilt walking: the Nanfoule Folklore Ensemble of Washington, D.C., and The Mocko Jumbie Stilt Dancers from the United States Virgin Islands (USVI).

Both groups perform at Florida Memorial University’s Lou Rawls Center Saturday at 8 p.m. The Mocko Jumbie stilt dancers will also appear at the Broward Center for the Performing Art’s Amaturo Theater on Monday, August 8, at 8 p.m. 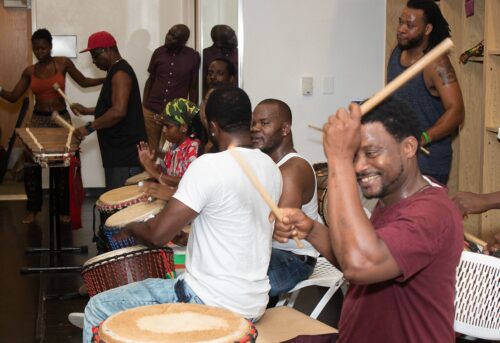 After moving from Brooklyn to Miami in 1981, Njeri Plato, executive director and founder of Delou Africa, felt a void in the city’s cultural scene. After visits to Senegal and Gambia in 1985 and 1987, she created the organization as a platform to learn about and experience African traditions. “Delou” is a Wolof word from Senegal, West Africa, that means “back to” or “return to,” she explains.

“Having classes to engage the community in West African folklore, dance and music, and culture, we have a lot of people coming and saying to us that the culture (they experienced) is more the same than different.”

Underscoring the connection, several local groups, such as the West African Music & Dance Collective, Sikan Afro-Cuban Project, and the Haitian-inspired TLL Dance Ensemble, will be part of the festival. 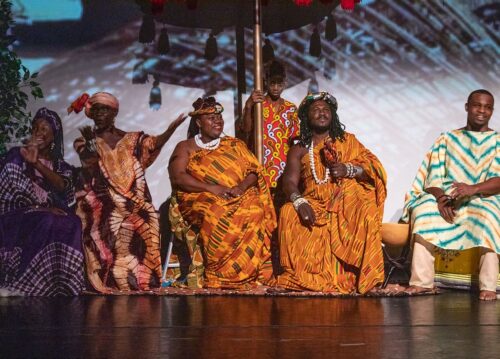 Meanwhile, the Nanfoule Folklore Ensemble is based in Washington, D.C., and features members from various heritage societies across the country, notes Papa Aziz, who is the oldest living member of the group. The stilt dancers, who wear masks to hide their identities as they represent the spirit of the ancestors, are accompanied by drumming and folk storytelling.

The stilt tradition “is from parts of Guinea, Liberia and Ivory Coast . . . and goes back centuries,” explains Aziz. “But there’s symbolism in the mask performances that changed in the diaspora. West Africans went to many different places and took some of these traditions. But of course, these traditions initially were stripped away, just like our name, especially anything that dealt with spiritual references.” 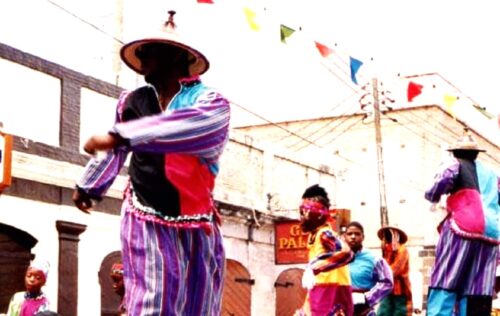 Moko Jumbies have been in the Virgin Island’s cultural heritage for over 200 years and are viewed as symbols of history, culture, and heritage. (Photo courtesy of USVI Mocko Jumbies)

For “Tall Spirit – Stilt Artistry of Black Immigrants,”  the Mocko Jumbie Stilt Dancers (“Moko Jumbie” means good god, good spirit), were commissioned to portray the story of the Moko Jumbie in the Virgin Islands, tracing its beginnings to today.

“. . .  It’s going to be very beautiful,” says Aziz. “It’s an offshoot from the African tradition in the islands. I hope people see the differences and the connections between how it was practiced at home and in the diaspora and the coming together of those ways.”

Plato explains that the festival is for everyone.

“You don’t have to understand any African language to listen and enjoy. It moves your soul, and that’s what music does. So, we learn the culture as we go along, and we learn to respect each other’s culture while coming together for one common goal: to unite and have fun,” says Plato.

The International Ballet Festival of Miami takes place from July 23 to August 14 with the most anticipated night of the event: the Étoiles Classical Grand Gala.
Continue Reading