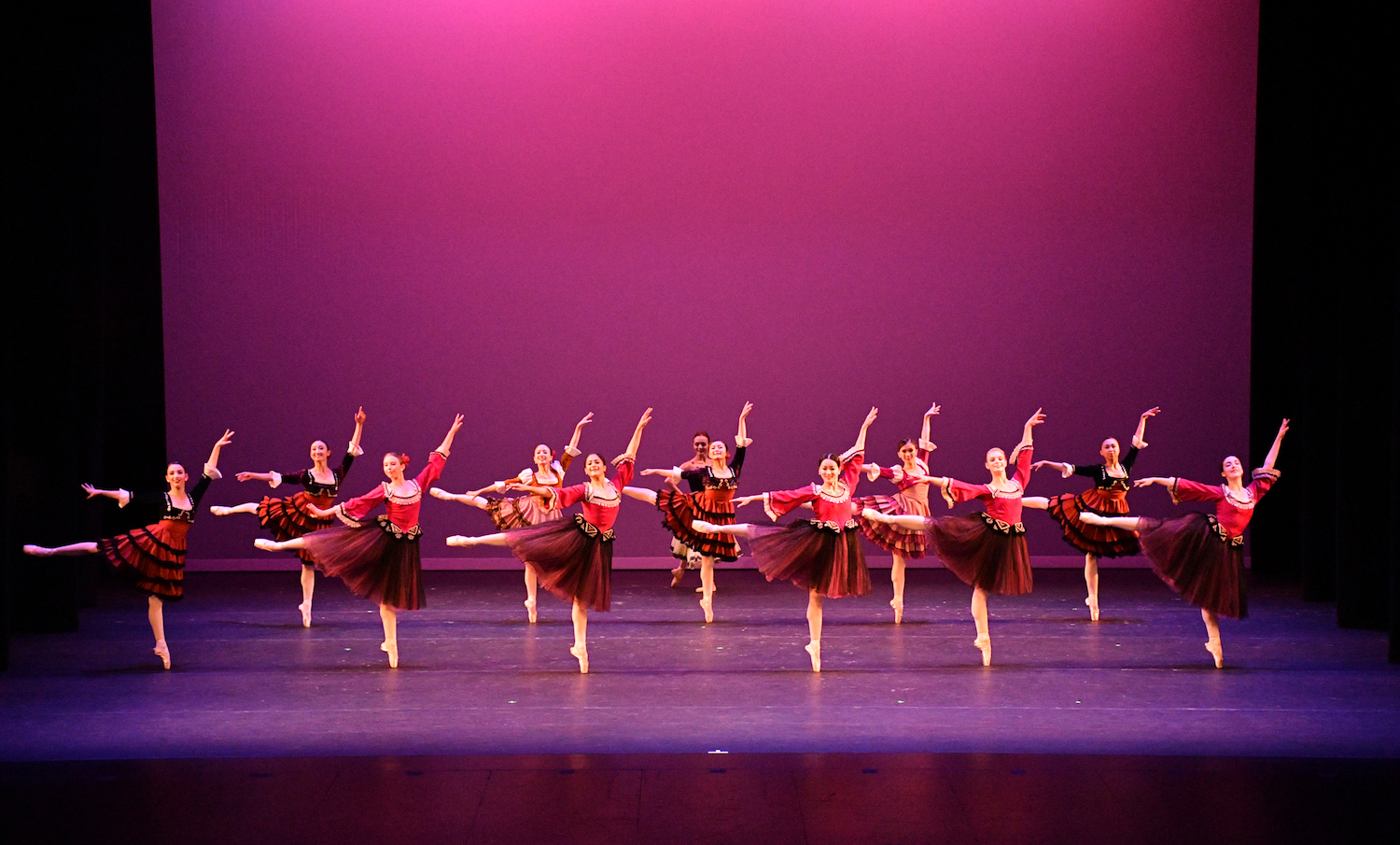 There truly is something for everyone in South Florida’s eclectic and varied dance scene.  Offering a wealth of multiple genres that span the gamut from sultry tango and flamenco to edgy contemporary and classic ballet to performance art and site-specific works, the dance culture here is rich.

Audiences will have the opportunity to experience the artistry of myriad professional dance organizations all on one stage when the Daniel Lewis Dance Sampler presents its inaugural post-COVID live performance on Oct. 29-31, 2021.

The Sampler’s three artistic directors — Daniel Lewis, Hannah Baumgarten and Diego Salterini — agree that the unity of organizations and audience is a vital component for the dance culture in this community and a unique occasion for dance artists to work together.

Initially created in the early ’90s as the Modern Dance Sampler by Lewis, founding dean of Miami’s prestigious New World School of the Arts, the yearly performance was meant to cross-pollinate audiences, give exposure and visibility for modern dance organizations, and provide a performance opportunity on a larger scale.

“I was offering a showcase where different audiences could come together and see something new, and they might start going to other concerts,” Lewis says. “I watched the audience grow over the years.”

Both Baumgarten and Salterini were early Modern Dance Sampler participants.

The Sampler continued through 1999, until — as Lewis says, laughingly — “I eventually retired the Miami Dance Sampler, and it ceased to exist for about 10 years.”

The Sampler idea was reborn after Baumgarten and Salterini were granted the possibility of working at the Little Haiti Cultural Center with their company, Dance NOW! Miami, in 2009. For them, it was a blessing to have both rehearsal space and a theater and, in return, they wanted to give back to the community.

Even without a large initial funding source, Baumgarten and Salterini felt that unifying professional dance in a performance like the Sampler was such an important part of the dance culture that they trudged ahead relentlessly, restarting the program under the name, the Daniel Lewis Dance Sampler (DLDS), honoring Lewis as the initial founder and garnering his blessing. 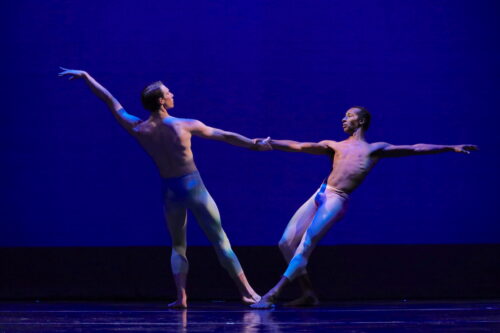 “I was pleased that they wanted me as one of the artistic directors,” Lewis says.  “That I had a voice within their vision.”

More than a decade later, it has grown to be produced by Lewis’s organization, Miami Dance Futures, in collaboration with Dance NOW! Miami, New World School of the Arts, Florida Dance Education Organization, and Palm Beach State College’s Duncan Theatre.

Today, the Sampler invites not only participants from Miami, but from throughout the state.

“Last year, because of COVID, we were virtual. This year, we can present the Sampler in its full capacity and expand finally into two counties,” Salterini says.

The performance will be at the Duncan Theatre in Lake Worth on Oct. 29 and at the New World School of the Arts Dance Theater in Miami from Oct. 30-31.

“In a city like Miami, where we are so spread out, this is a great opportunity to create community,” Salterini says. “One of the most important moments is when all the dancers are together taking class on the stage before the show starts. We’re all together, all abilities, all ages.  It’s so important for the young dancers to see that there is a dance community here.”

A first-time participant in the Sampler, Ballet Vero Beach (BVB) will present an excerpt from “Caprice” by Matthew Lovegood, with music by Antonio Vivaldi. The enigmatic male duet questions the relationship and intentions of the two men. Originally danced by BVB director Adam Schnell and choreographer Lovegood, the roles this time will be performed by Anders Southerland and Daniel White. 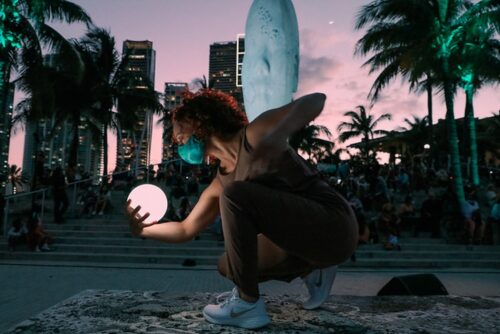 Mary Lisa Burns, current dean of dance at New World, says: “The DLDS showcases so many different styles of dance and such a range of approaches to choreography. It is an annual event unlike any other, and one which we look forward to hosting each year at our Dance Theater.”

Having recently presented her work, “CIRCA/MIA,” through Miami Dade College’s Live Arts Miami LALA (Live Arts Lab Alliance) Performance Series and in partnership with the Perez Art Museum, Miami, Sandra Portal-Andreu will now bring a condensed version — called simply “MIA” — to the Sampler. Featuring music by Miami duo Afrobeta, “MIA” plays as a response to the hopes and fears that children have about climate change and the future of Miami.

“This will be the first time in three years that I present a work on stage,” Portal-Andreu says. “In recent years, most of my work has been site-specific, which is where I have this newfound comfort.”

Bringing “MIA” into the theater, the audience will be engulfed with audio and visuals that drive home the message of what climate change looks like through the eyes of children. Portal-Andreu says she hopes this work will engage the adults in the room to take action for the next generation. 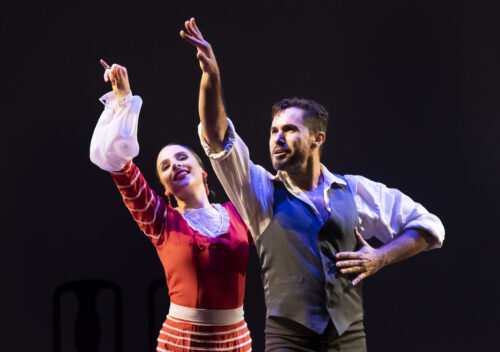 A scene from Ballet Flamenco La Rosa’s “Verano y Humo,” which was inspired by the Tennessee Williams’ play, “Summer and Smoke.” The performers here were Raquel Lamadrid and Eloy Aguilar. (Photo courtesy of Jenny Abreu)

Flamenco dance is very much a part of the South Florida dance community. Rather unique to Miami in its narrative ballet presentations is Ballet Flamenco La Rosa (BFLR). The company is joining the Sampler to present “Verano y Humo,” an original Flamenco Ballet choreographed by BFLR artistic director Ilisa Rosal and inspired by Tennessee Williams’ play, “Summer and Smoke.” The characters in Williams’ play are represented fittingly in flamenco movement and will be performed by Jose Junco, Mayelu Perez and Paloma de Vega. Live music composed by guitarist Jose Luis de la Paz and vocal artist Jose Cortes will accompany the artists.

“Flamenco is coming from a tradition in Europe where men’s and women’s roles, and how they’re looked at by society, are very prevalent issues,” Rosal says. “Williams’ play has these amazing characters, and flamenco is a perfect language to express all of it.”

A serendipitous connection allowed Rosal to cast De Vega in the role of Nellie, one of the lead characters in the play. De Vega, a singer, actress and dancer, happens to be visiting Miami from Spain. She auditioned and was considered perfect for the role.

Meanwhile, Arts Ballet Theatre of Florida will celebrate being back in the theater with “Viva España,” a vibrant and romantic piece choreographed by artistic director Vladimir Issaev to music by Jules Massenet, based on “El Cid.”

“We will be showcasing our new dancers, and the Sampler will be the first opportunity they will get to perform before we officially open our 2021-2022 season in early November,” says Ruby Romero-Issaev, executive director and wife of Vladimir Issaev. 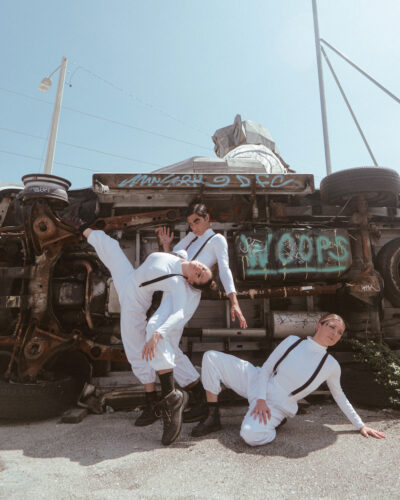 Another new participant in the Sampler this year is choreographer, director and dancer Maya Billig, who will show an excerpt from “Brink,” a contemporary dance theater piece inspired by the 1938 Orson Welles radio adaptation of “War of the Worlds.” Performed by Billig, Danielle Davis and Isaiah Gonzalez, “Brink” uses the “heightened theatricality of a dreamscape to offer poignancy juxtaposed by moments of relief and humor,” Billig says.

“‘Brink’ was created during the pandemic and has only been viewed virtually,” she adds. “Performing on the Sampler is an opportunity for the work to be experienced with a live audience, as it was designed to.”

Having just completed the Forward Motion Festival in September, Karen Peterson and Dancers will bring a duet to the Sampler from her full-length work, “Lost and Found.” The piece, to be performed by Penelope Huerta and Jesus Vidal, speaks to the people lost during the pandemic and the empathy and hope experienced after a year of confinement and isolation.

Culminating the performance, the full Dance NOW! Miami company will present “Solstice,” created by Jon Lehrer in 2019 for his Jon Lehrer Dance Co.

In summary, Salterini says: “We do believe that audiences are eager to get back to live theater.”

He takes an emotional breath and continues: “While video has been very helpful to keep us entertained during the quarantine, there is nothing like a live performance. We hope audiences come back with courage and enthusiasm to rekindle the love and passion for sharing a physical space.”

Paying tribute to last year’s totally virtual Sampler and to the wonderful creations in video dance, and recognizing that everyone is not fully “up and running” again, the DLDS is offering a free video component this year. Through Oct. 31, view four videos created during the pandemica, plus a special addition of Lewis performing in a site-specific video from the late ’70s created by dance icon Anna Sokolow. Each piece will be introduced by Baumgarten, Salterini and Lewis. To view the showcase, visit vimeo.com/625041185.

COST: $25 for general admission, $15 students; tickets may be purchased online for both venues at dancenowmiami.org/events/dlds or in person at the performances

SAFETY PROTOCOLS: Both venues will follow federal, state and local public health regulations and guidance in response to the COVID-19 pandemic. Face coverings are “strongly encouraged” at Duncan, according to the Dance NOW! website, and masks are required at New World.

Click here to read our Spanish-language preview for this event.