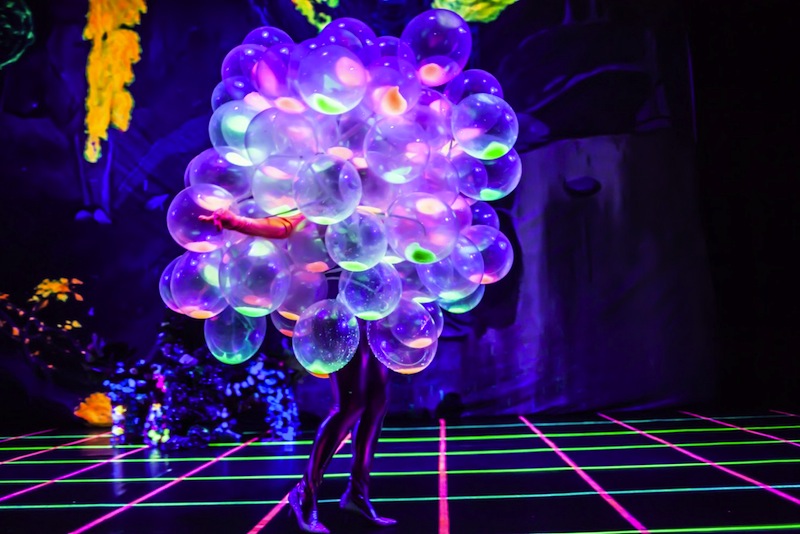 The Bass Museum of Art on Miami Beach may be under construction until December 2016, but the exhibitions continue. Through partnerships with other organizations, the museum has been presenting art and educational programs outside their own walls since 2015. The bassX series is one such initiative, a group of solo projects, exhibitions and programs shown in atypical exhibition spaces, and with an edge.

Up next at bassX, on Monday, is artist Athi-Patra Ruga. Born in South Africa, now based in Johannesburg and Capetown, Ruga will be making his first appearance in Miami with a new iteration of his hybrid performance series, The Future White Women of Azania.

While Ruga’s work is usually presented in a visual art context, his language is expansive. He started in fashion, but found the medium too superficial and fleeting in its impact. In reaction, he moved into performance. “Athi-Patra Ruga uses his body as a communicative tool,” according to Bass Curator of Exhibitions José Carlos Diaz. “In his practice, which also includes textiles, interventions and photography, he uses a highly refined aesthetic to address the concepts of utopia and its counterpart, dystopia.” The influence of fashion remains in Ruga’s luscious visuals and elaborate costumes, although they become moving images loaded with political and metaphorical symbolism.

In an interview for the Standard Bank Young Artists Award, Ruga discussed his work as a kind of protest theater. Performance, he says, is an accessible art form. “You do not need to have materials, or even a studio. Your body becomes the studio.” His performances are genuinely hybrid, with projections and music that create an immersive environment for dancers and audience.

The idea is to create a situation that demands a visceral or emotional response. “The audience is the third element,” he commented. “They come up with their interpretation of the work. And there is a democracy in performance art because of this, because there isn’t strict choreography, there isn’t a strict setting, there isn’t strict anything.” When staged in a public space, the potential for audience provocation and reaction is increased.

This dynamic seems to delight Ruga. Considering his origin, a country where public space has historically been contested terrain, the exploitation of the public arena is particularly loaded.

For his ongoing series, The Future White Women of Azania, Ruga continually elaborates on his invented mythical place, Azania, where individuals are no longer defined by biology or nationality. Each performance is an opportunity for Ruga to explore an existing character or introduce a new one. The narrative often centers on individual dominant archetypes, articulating political positions of power and pageantry.

The balloon costumes often worn by his main characters and supporting ensemble form surrogate body masses that can be popped and mutilated to “bleed” tinsel, paint, and whatever other materials can be blown into them. His references range from South Africa’s political elite, to Xlosa folklore to hip-hop.

The bassX performance will further the narrative of The Future White Women of Azania.

“This piece will include many of his signature characters,” says Diaz. “What makes our presentation special is that the dancers, with the exception of Athi, are all local. He’s been able to cast these 10 people to create a whole new synergy.”

And in keeping with Ruga’s embrace of the public as audience, it will be held at a public location: the Miami Beach Regional Library across the street from the Bass Museum. It is free and accessible to all, although reservations are required, and there is a waiting list.