SMDCAC: Succeeding Where No One Had Dared To Tread 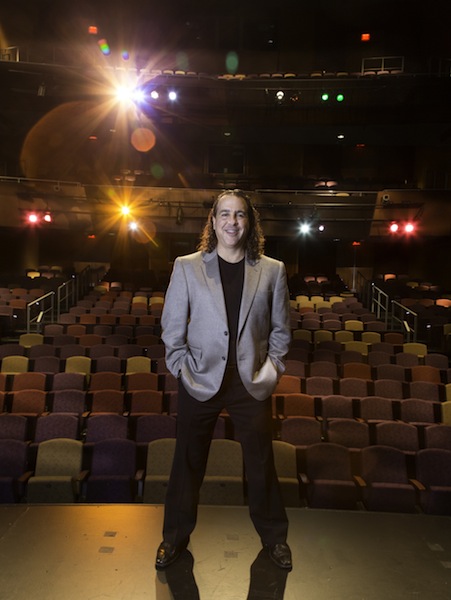 As it heads into its fourth season, the South Miami-Dade Cultural Arts Center has quieted skeptics who voiced concerns that deep south Miami couldn’t support a quality, multi-faceted cultural arts center. Who in the suburban landscape, not known for its cultural or even nightlife offerings, would attend cutting-edge jazz performances, off-beat theater productions — and especially, contemporary dance? Quite a few, it turns out.

Under the guidance of Artistic Director Eric Fliss — who had been at the helm of the Colony Theater on Miami Beach previously — an eclectic blend of shows has developed a significant following. He talked about the initial years and what’s ahead, in particular about the special niche dance holds in the programming.

With so much to choose from, how did you decide which companies to bring first to the South Miami-Dade Cultural Arts Center ?

Eric Fliss: First and foremost, I wanted to present dance that would be accessible.  But I didn’t want the dance to be predicable. I wanted the community to come to know and enjoy contemporary dance before presenting the traditional “en pointe” ballet that for many people is synonymous with dance.

That first year we choose to focus on giants of contemporary dance whose work would reach out to our community. Garth Fagan with his Jamaican roots was one.   Ronald K. Brown whose work is heavily influenced by Africa and its diaspora was another. We also introduced a relatively unknown Kyle Abraham to the South Florida community. He won a MacArthur “Genius” award after performing for us.

How were those artists received that first year?

Community support was fantastic. This was an area of Miami that had been waiting a long time for an arts center. Apparently, we didn’t disappoint.

My plan was to work in an arc that would introduce our audience to increasing diverse and interesting work. My aim all along had been to build up an audience for that work, the boutique work that thrives in the kind of intimate, smallish theater that our center can provide. Sure, any audience loves Broadway titles and traditional ballet. People want to feel part of outside world. They want to feel there’s a little bit of New York here. We can do that. We have and will continue to do so. But we can do something else too.

A good example of what I mean is “India Jazz Suite,” also known as “Fastest Feet Around.” Here, an Indian Kathak master Pandit Chitresh Das danced in tandem with Emmy-winning tapster Jason Samuels Smith. That second year, we were in early days. Still we brought them here, and the audience loved them.

The audience was increasing all through that second year?

Yes. We were having a lot of fun; word was spreading. Even if the community didn’t recognize an artist’s name, they were coming to performances. They were trusting us to make good choices. Not only that, we made a real effort to survey both our audiences and non-audiences as to what they had enjoyed or not, what our emphases should be, what they would like to see more of or less of. We continue to do.

Meanwhile, you feel you were building a sophisticated audience?

Yes. In our third year, we brought in Complexions Contemporary Ballet. This was the first time a company that included “en pointe” performed for at the center. But their dance, their en pointe, uses a contemporary vocabulary. Our audience was familiar with that language.

What’s in store for the fourth season?

The Urban Bush Women are coming. While they are certainly known outside of South Florida, not so many people know them here. They’ll be presenting a new work, “Walking with Trane,” devoted to John Coltrane. One of San Francisco’s premier contemporary dance companies, Alonzo King LINES ballet, will be performing as well. So will Tu Dance, a company formed by Alvin Ailey alum, and a New World one, too. And this year, for the first time, a traditional ballet company, Memphis Ballet, will be coming to the center. As regards spectacle, the Peking Acrobats will be here. The list goes on and on.

What has made you most proud?

Some upcoming highlights of the new season include the family-friendly “Darwin the Dinosaur” from the Dino Light, Lightwire Theater and CORBiaAN Visual Arts & Dance n October; the Minnesota-based Tu Dance, led by Alvin Ailey veterans in November; and Spain’s Soledad Barrio and Noche Flamenca, also in November.