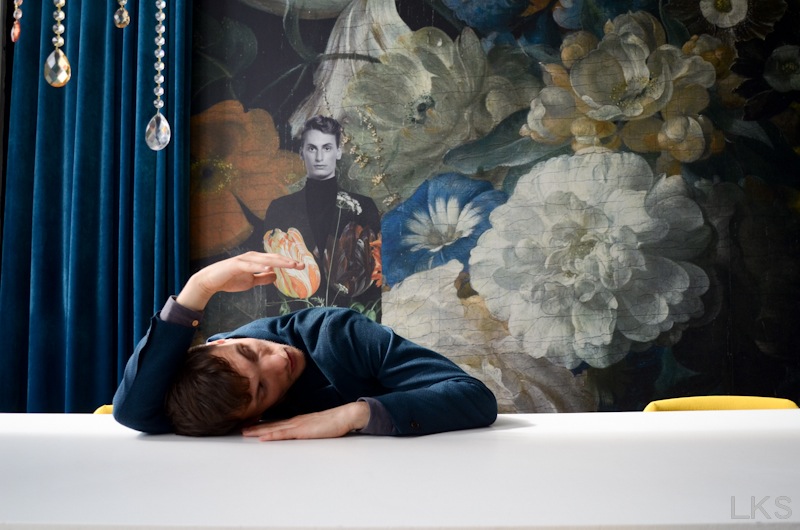 Tigertail’s ScreenDance Miami festival is now in its fourth year. One of the few festivals in the country dedicated solely to movement for film and video, ScreenDance aims high. The goal: a festival of top caliber dance films showcasing makers locally and from around the world.

This year’s ScreenDance Miami is directed by local choreographer Pioneer Winter, with the guidance and vision of Tigertail Director and Founder Mary Luft. And as in years past, ScreenDance Miami draws from a partnership with Amsterdam-based Cinedans Dance on Screen Festival. Selections from Cinedans will be shown here in Miami, and Martine Dekker, Cinedans director, will appear as a panelist during one of the three weekend workshops. Screenings are scheduled for Miami Beach Cinematheque, the Pérez Art Museum Miami, and MDC Live Arts Lab.

Having served in years past on ScreenDance Miami’s selection committee and as a participating artist, Winter brings a full range of experience to the upcoming festival. We spoke with him recently about this year’s offerings.

How has the selection process been this year?

It’s been really enjoyable. And I’m looking forward to the line-up that we have for this year. The festival has come so far. We are one of the younger film festivals, especially compared to other festivals that have been around longer or have more money. So for us to be as badass as we are, it’s impressive and exciting.

What has contributed to the raising of the bar for this year’s festival?

This is the first year that we haven’t just accepted the films that Cinedans has given us for opening night. In the past, they’ve been the sole curators. But this year, the curation of opening night is a little bit more collaborative.

Also we added another panelist, Carla Forte, who I deeply respect. Her area is film and movement. This is the first year she has been a panelist, and she definitely was an important voice to have on the panel. Along with Gabri Christa — Gabri is another amazing filmmaker, very prolific. She’s now on the faculty at Barnard College in New York. She’s going to be co-moderating one of the screenings with Martine Dekker, so I think the addition of other voices that are really experienced in this area has contributed.

What workshops will be offered during the festival?

There are three workshops. The biggie is at the MDC Live Arts Lab with Gabri Christa. That’s going to look at single shot video work—not multiple cameras, not cutting back and forth, but just a single view. Even though it sounds simple, it’s a skill that many don’t use. And it’s something that is very rare. But when it’s done right, it’s absolutely beautiful. We’re so used to over-edited films. But if you can imagine one single shot, one moving camera—one dancing camera—that isn’t skipping around all over the place and is steady with its pan and its zoom, it can be a very powerful technique.

And then back this year is Marlon Hill. He is doing legalities and copyright issues for choreographers and filmmakers, who run into a lot of different questions regarding distribution, music rights and intellectual property. He’s been answering all of those questions. It’s going to be more of a workshop/clinic.

The third workshop is called “Dance Film Abroad,” [lead by] Dekker. She also introduced us to Andrea Baker from Jumping Frames International Dance Video Festival, a dance on film festival in Hong Kong. We got connected with Andrea and I asked her, “hey would you want to do a discussion between you and Martine, because you already have this rapport and you know each other?” They will talk about film abroad, and focus on what’s happening in dance on film in Asia and in the Netherlands.

What’s your intention with the workshops?

To build the local community. We’ve gotten some really strong work locally. But I would like to see more locals applying, and doing professional development and continuing education. With dance on film, we like to say, all you need is a camera. You can experiment, you can try different things. But at the same time there’s a learning curve. And not everybody has the opportunity to go to Amsterdam to see Cinedans or go to Hong Kong to see Jumping Frames. So having those representatives here is really valuable.

What kind of film submissions have you gotten for this fourth year?

Better quality, and more of them, which has allowed us to be more choosy with the selection process. Films that we might have screened in the first year might not be screened now, but I think that’s part of the growing process and that’s one of the reasons I think the professional development is so important, because we want our surrounding artists to grow as we are growing.

For tickets and information, www.tigertail.org.