Ritmo Jondo Gets a New Staging 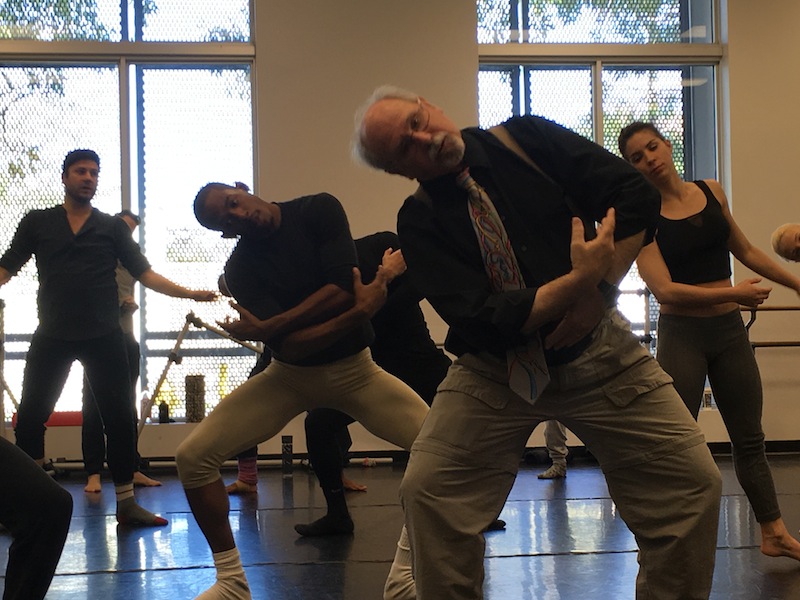 Chorographer and educator Daniel Lewis has only taken two weeks’ vacation since he retired as the Dean of the Dance Department at New World School of the Arts five years ago. “Even then, I worked,” the 73 year old jokes. In addition to travelling nationally and internationally to give lectures, choreograph, and create new work, the indefatigable Lewis still has time to make a little Miami dance history. On Friday, Dance NOW! Miami debuts Lewis’ staging of American dance icon Doris Humphrey’s classic ballet, Ritmo Jondo.

Influenced by flamenco and Spanish rhythms and set to music by Spanish composer, Carlos Suriñach, Humphrey created the 20-minute ballet for four men and four women in 1953. In 1964, José Limón re-staged the ballet for the first time and Lewis, a student at Julliard at the time, was selected to perform one of the male roles. Fast forward 52 years and Lewis will bring the piece alive for Miami audiences. In searching for costumes, he discovered that Ritmo Jondo hasn’t been performed in Miami for almost 30 years.

We spoke to Lewis about the challenges and joys of restaging this iconic piece.

What is special about Ritmo Jondo?

It’s great for Miami because of the flamenco influence and the Spanish rhythms, although it’s clearly modern dance. The dance is composed of three sections: First the men, then the women, and finally, the men encountering the women. Thematically, it’s very traditional. Men hunted, women mourned. It’s not my way of thinking about men and women, but I loved learning this dance because the rhythms were so magical. The movements for the male dancers are strong jumps and heavy duty rhythms in the feet.

What made Ritmo Jondo so special for me was that in 1965 we toured it throughout the New York City and New Jersey public school system, and I got to perform it hundreds of times. It’s rare in dance to have the opportunity to perform something so many times it becomes a part of you.

What’s unique about the choreography?

The first movement isn’t done on any counts, so the men have to really feel each other. It’s just four men relating to each other as men so you get to find your own rhythms. I also like its thematic idea. Very traditional.

What has it been like staging this ballet after so many years?

One of the joys of Limón and Humphrey’s work is that it’s not so codified. You’re doing the same steps, but you have freedom in directing. It’s like seeing many Shakespearean monologues but each with its own flair.

What adjustments have you made for this staging of Ritmo Jondo?

For this version, I didn’t adjust much on the women at all. The dancers got the essence of the movement almost immediately. It is very slow and lamenting. Bodies, abilities and training have changed over the years. Today the male dancers are more technically proficient than the guys in 1953. It’s a different world now – they have more technique and they have to transfer that to the drama of the piece. Back in the day, the drama and the technique were the same. Now you have to find that balance where you keep the essence of the work. When you’re staging the ballet you want the dancers to feel like they own the movement that they are not just performing someone else’s movement. I make changes frequently so the dancers feel that sense of ownership.