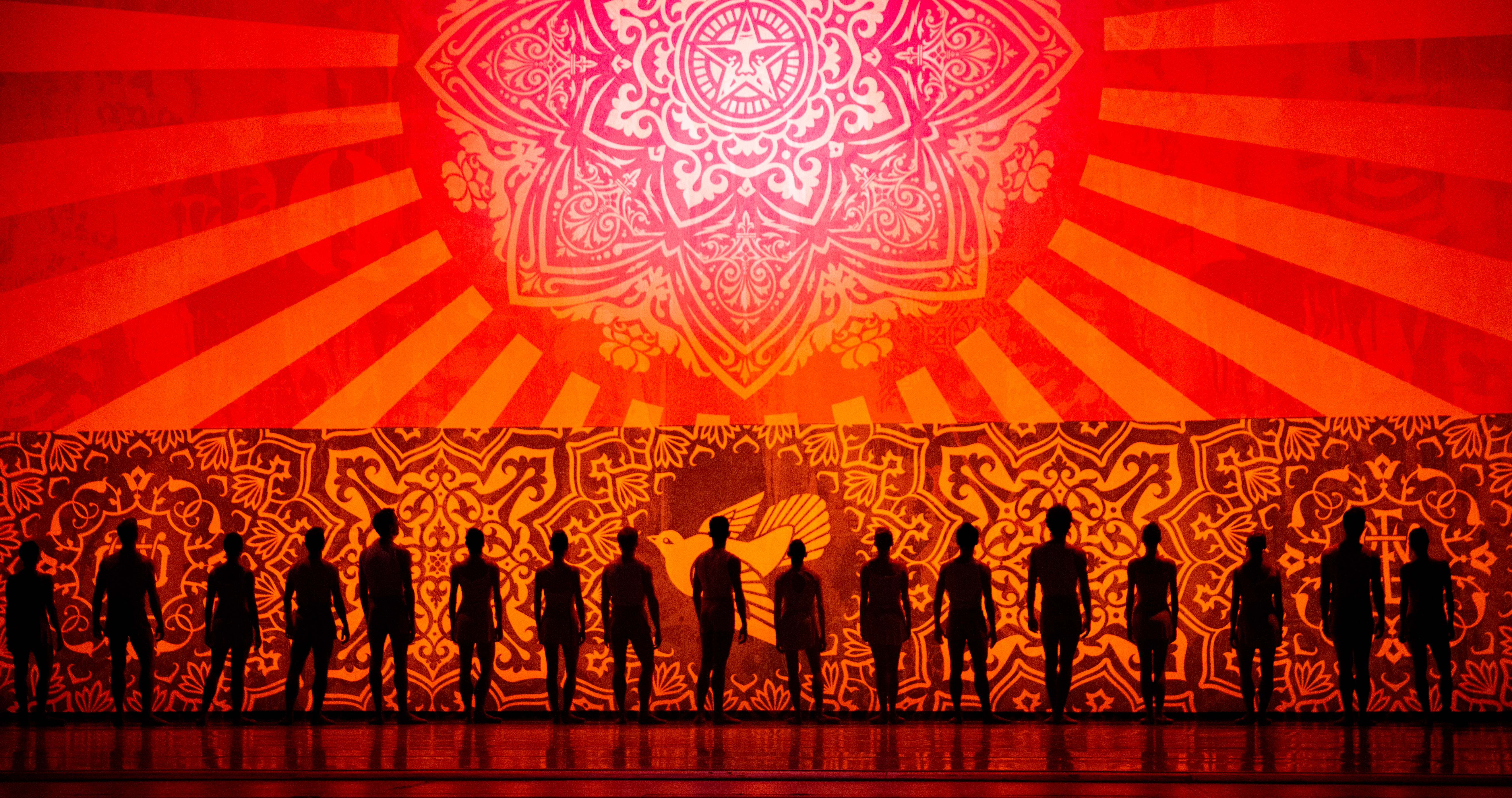 The Friday evening performance opened with “The Four Temperaments” set to music by Paul Hindemith for string orchestra and piano. “Temperaments” is composed of five parts: a theme and four variations where each variation represents one of the four character-determining bodily liquids (or humours) from ancient physiology, the melancholic, sanguinic, phlegmatic and choleric. Rarely performed live, Hindemith’s piece was gorgeously rendered by MCB company pianist Francisco Rennó and the Opus One orchestra strings under guest conductor Beatrice Affron.

On Friday and Saturday, Alexander Peters offered a transparently conflicted “Melancholic” only freed from Saturn’s negative influence when organizing the elements performed gorgeously by Nicole Stalker, Julia Cinquemani, Nina Fernandes, Helen Ruiz, Alyssa Schroeder and Ella Titus. Also powerful Friday and Saturday was a wonderfully dominant Lauren Fadeley in the role of “Choleric.” During the Sunday second casting, Shimon Ito offered an effective alternative interpretation of “Melancholic” and Jovani Furlan, back from injury, gave a powerful read of “Phlegmatic.”

Next up was “Duo Concertant” that onstage featured Rennó on piano, Mei Mei Luo on violin and Katia Carranza and Renan Cerdeiro dancing the five-movement pas de deux.  The ballet takes its name from the music Igor Stravinsky composed in 1932 for the violinist Samuel Dushkin. The year after the composer’s death, Balanchine choreographed the ballet for the 1972 Stravinsky Festival as an homage to his decades-long collaborator.

“Duo Concertant” is a ballet that features the musicians. During the entire first movement, Carranza in soft, blue dress and Cerdeiro in black tights and soft, blue top listened motionless beside the piano as Rennó laid down a floor of chords in eighths and sixteenths that Luo embellished with a gorgeous adagio lyric

With the second movement, Carranza and Cerdeiro began stretching their legs to the side and reaching with their arms. As Luo laid the melody over the percussive bounce from Rennó, the dancers began to mimic her bowing with their arms while their lower bodies captured the piano’s rhythm. The dancers’ mimicry of the musicians suggested the essential element the human body contributes to music by giving it context and visible form.

The casting of two such musical MCB performers was an important ingredient to the over-the-top success of the piece all weekend. The other key ingredients were Rennó and Luo, who were spectacular.

Where the opening of the ballet put at the forefront the historical collaboration between Stravinsky and Dushkin, the last movement dramatized the loss experienced by the choreographer at the death of the composer through the play of a spotlight on the dancers’ bodies. It ended with Cerdeiro (Stravinsky) reaching from the darkness to turn Carranza’s hand (Balanchine) back toward the light.

Next up was a change of pace with the 19th century “Flower Festival in Genzano,” a pas de deux choreographed by Danish ballet master August Bournonville (1805-1879) and danced Friday and Saturday by Shimon Ito and Jennifer Lauren.

The Friday pas de deux began with Lauren on the diagonal snapping three cabrioles on one leg. Ito responded with a sailing jeté that shifted into feet beating to each side in brisé volé. During her variation, Lauren laid down an impressive series of brisés that transitioned into the famous sequence where she first struck an arabesque, flashed into second, then snapped back to arabesque (Lauren’s more effective Saturday version of this move held the second position fractionally longer). Ito was astonishing in three gorgeous double tours that bounced into attitude before alternating directions.

The evening closed with “Heatscape,” created for MCB by Justin Peck, New York City Ballet resident choreographer and soloist dancer. Peck set the piece to the lovely “Concerto No. 1 for Piano and Orchestra” (1925) by Czech composer Bohuslav Martinů, masterfully conducted by Affron, with solo piano rendered skillfully by Ciro Fodere and a terrific solo oboe by Erin Gittelsohn.

With “Heatscape,” Peck has created a world-class ballet that features Miami’s natural energy, youth and Wynwood district complete with street art by Shephard Fairey/ObeyGiant.com in the form of a sun-mandala backdrop whose red and yellow rays drench a bluish-purple soup where the image of a dove peacefully nests.

Fairey’s art captures Peck’s message: Discover tranquility in joyful motion (think Lucretius). The ballet opens with the sun-worshipper dance, men and women in loose-fitting white shorts, shirts and dresses, sitting in a line at the back of the stage gazing up at the sun image. The women sprang into the air, were caught and swung by the men as Cerdeiro, like an energized electron, traveled the stage with elastic turns and pivots in time to the piano until finally hooking up with Emily Bromberg for their electrifying pas de deux.

The lights blued for “Heatscape’s” second movement — a lunar dance — featuring an extended pas de deux by Nathalia Arja and Renato Penteado. Partnered masterfully by Penteado, Arja offered a breathtaking reading of the solo piano and oboe parts, gradually edging her soft first inflections of the music sharper and sharper.

The third movement presented a solar dance that brought Fairey’s static sun onto the stage as the ensemble formed circles and rays that restlessly pulsated outward.

The third movement also foregrounded the return from injury of principal Jeanette Delgado. With an equally able Ito and Peters, Delgado, brimming with life, repeatedly shot one arm and leg back and snapped her other arm forward, fingers snatching the final note of the phrase. She was ecstatic to watch.