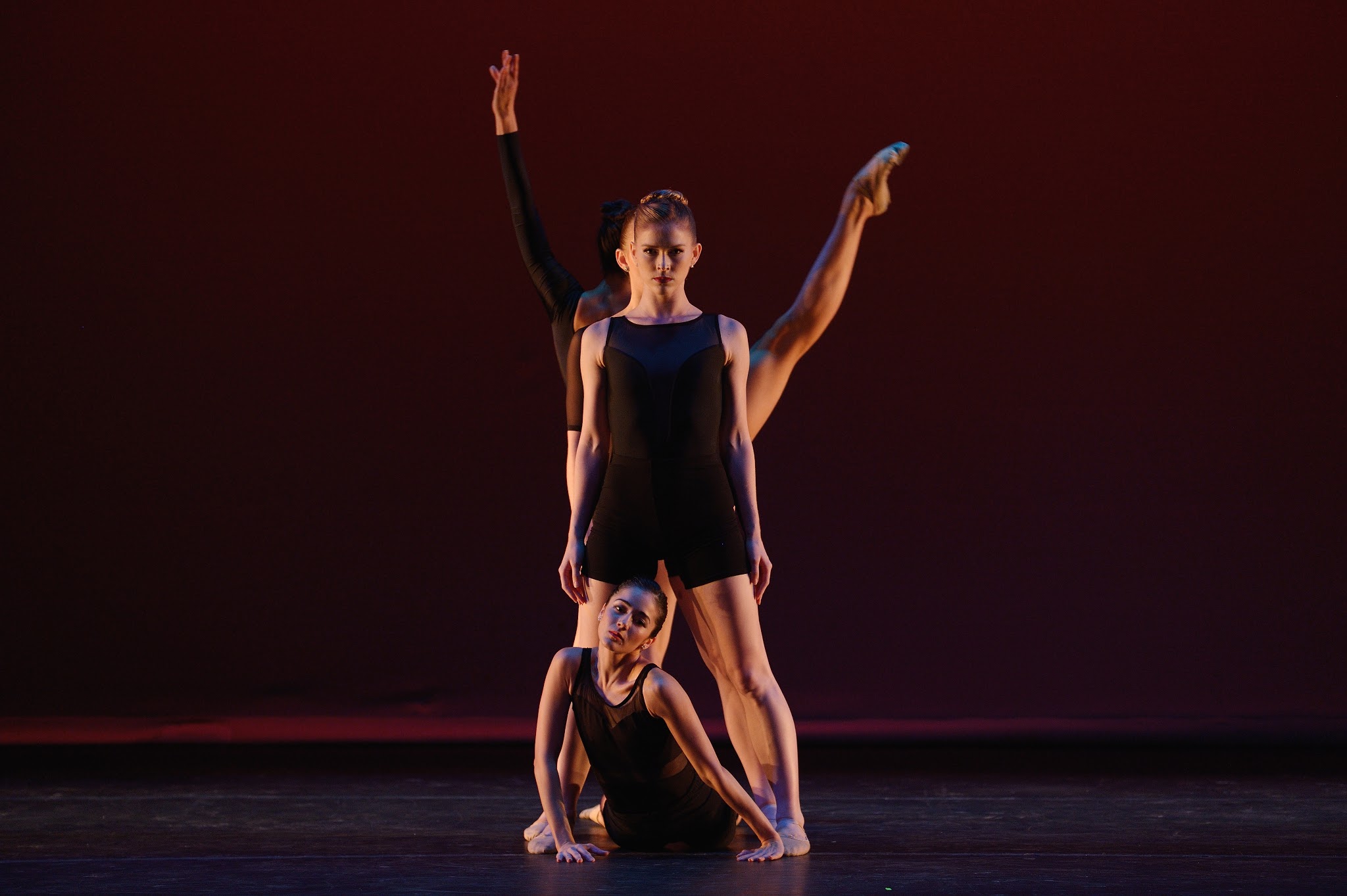 What makes a piece of art thrilling? In dance, there could be many elements: the technique of the dancers, the use of space, the movements in relation to the music, the message. The list could continue depending on whom you ask. At the Dance Lab Series, audiences saw these elements and others in five new works presented March 2-3 at the South Miami-Dade Cultural Arts Center. This is the third Dance Lab Series presented by Dimensions Dance Theatre of Miami, which formed in 2016 and allows audiences to get early, up-close looks at new works.

The program began with an introduction by Dimension’s artistic directors, Jennifer Kronenberg and Carlos Guerra. Kronenberg spoke about the Lab Series and the participating choreographers: Eric Trope, Isanusi Garcia Rodriquez, Melissa Fernandez, Randolph Ward and Yanis Eric Pikieris. All five choreographers are connected in some manner to Miami and all were present to speak on their piece, with the exception of Melissa Fernandez who performs with Ballet Hispanico of New York. Kronenberg explained that each work was in a different stage of development. Some were in the embryonic phase and some just needed more rehearsal to move onto the main stage.

The first piece, “Comes Out Even,” by Trope with music by Anna Meredith, showcased the individual personalities of the dancers. Trope made good use of the space with the dancers entering and exiting at different times. The piece is divided into two sections, with the second displaying more of a sense of community. At one point, the dancers link hands and weave between one another as the music takes on a pulsing quality, like a heartbeat. They break away but come back together to end the piece, as a group, on the floor.

A former dancer with Miami City Ballet, Rodriguez suffered a brain aneurysm six years ago that left him partially paralyzed. He turned to art during his recovery and then to choreography. In “Deliverance,” we see couples with different temperaments — tender, angsty and fun-loving — dance to “G Strong” by Terry Riley. One couple seems to be saying, “Look at us” as the male dancer performs soft-shoe steps while his partner does jazz movements. There are powerful solos with lots of pirouettes and jumps. The couples perform together and apart but always with strength.

Melissa Fernandez’s choreography, “Hasta Que la Muerte Nos Separe,” may have been the most difficult for the Dimensions dancers to learn. It is performed in socks and includes a lot of floor work, atypical for ballet dancers who practically live in pointe shoes. They dance to two versions of “Dos Gardenias,” one by Maria Rita and the other by Buena Vista Social Club. The piece starts with an ensemble of women wearing blue tops and short, black skirts. One couple breaks apart. The movements are composed of upper-body work and partnering. Fernandez masterfully moves the ensemble as a whole, even as couples emerge from the group. At one point, the women are on the floor and are pulled back up into arabesque. The second segment is not as soft as the first — the light changes to yellow and the focus is on floor work. Couples in front echoing one another’s movements while those in back seem to be watching.

Randolph Ward’s “What Makes a Man?” is not for the faint-hearted. Two men stand onstage, with one wearing heels and the other dressed in more masculine fashion. They stare at the audience until they begin to exchange insults and vitriol. Through solos and physical altercations, the men confront who they are and what society expects them to be. Ward’s piece leaves the audience contemplating the question posed in the piece’s title.

The final piece on the program was “Genus,” with choreography by Yanis Eric Pikieris and music by Talbot + Deru. This was Dimensions at its most neoclassical. In three duets that varied from soft to tense and harsh, Pikieris masterfully used space and structure. There was continuous movement: pirouette into developpe seconde, chaines and attitude turns, all executed with ease and aplomb. Dimension can take this piece anywhere the company goes.