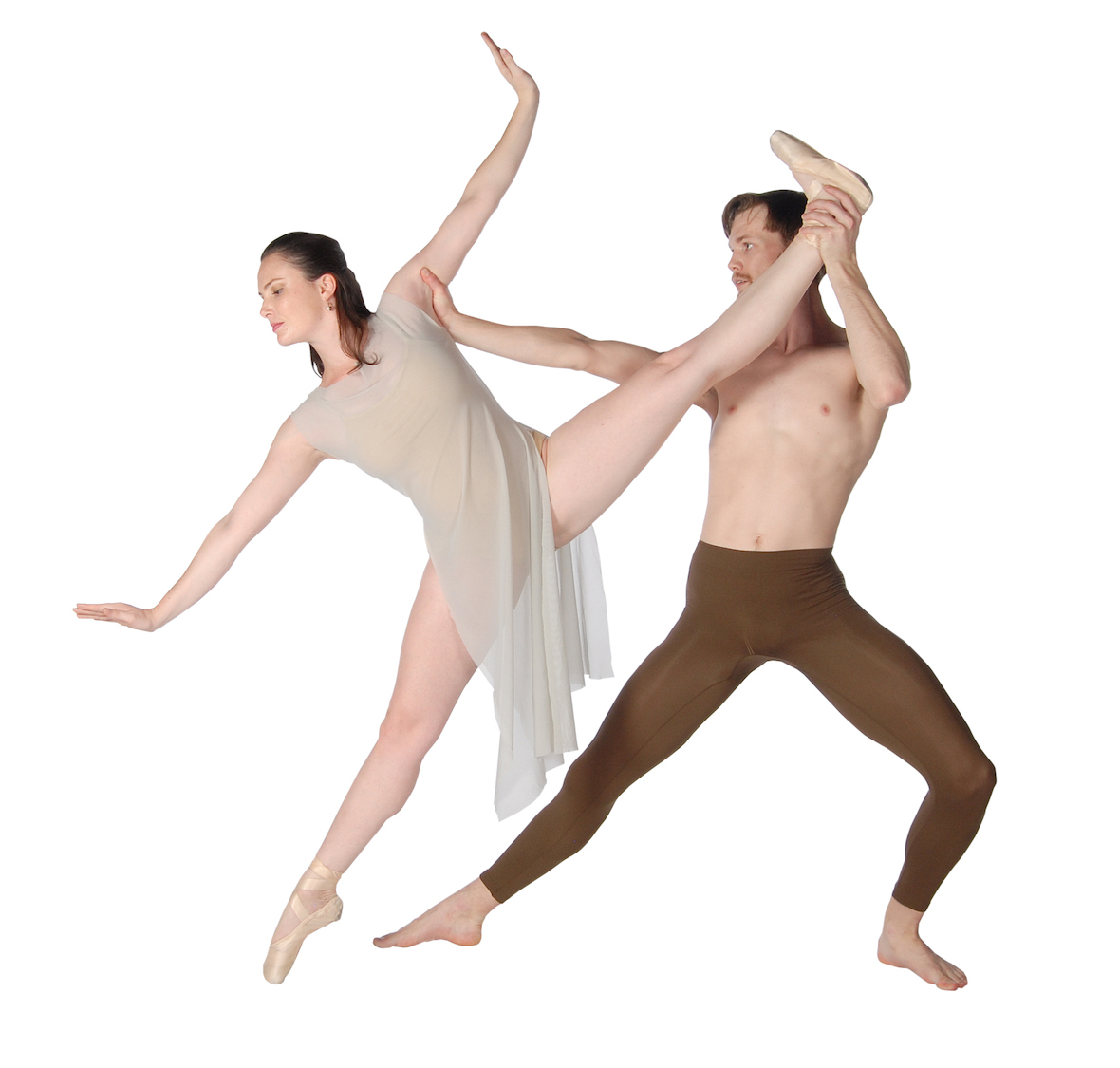 The program’s opening piece, “There Is Nothing Here of Me but Me,” was choreographed by Daniel Lewis in 1980 to music by Holst, Massenet and Locatelli. It’s a semiautobiographical look at his life onstage and off. Not all the memories are sweet. The piece begins at the end of a show within the show, with the cast taking their bows. Things fall into place when the director (Lewis in a delightful cameo appearance) addresses the cast, answering their questions. The lead dancer, a sublime Clarence Brooks, is then left alone onstage. He moves regally, his upper body solid, and at one point walks forward, arms wide open, and turns to perform leaps around the stage. Other dancers begin to enter and exit the stage, their movements suggesting a dream world.

“Fire Within, Fire Without: Dido on the Pyre,” a world premiere featuring choreography by Hannah Baumgarten and music by Federico Bonacossa, is based on the story of Virgil’s Dido and Aeneas. Renee Roberts and Matthew Huefner gave strong performances, and Roberts was at her best during her solos. As Dido, she captured the character’s tragic fate. Performing en pointe, her movements were clear and precise. Baumgarten provided beautiful moments, as when Huefner turns Roberts in attitude (standing on one leg, the other bent behind her). Their pas de deux was filled with angst, reflected in the love and tension between them. Roberts made good use of her upper torso, especially in her turns, twisting as if trying to escape her final, fatalistic act.

“Big Beautiful” by Brigid Baker was next on the program, with music by Gavin Bryars. The curtain opened on a stage filled with colorful sweaters and dream catchers hanging like talismans. Dancers Meredith Barton, Liony Garcia, Nadina Liberatore and Juliana Trivino appeared in colorful skirts designed by Baker. The piece was a study in patterns and forms. The dancers crisscrossed the stage, their skirts whirling around them.

The show’s final piece was choreographed by Dance Now! Miami co-artistic directors Salterini and Baumgarten. Titled “(B)orgia — Decadence and Decay,” the world premiere offered music by Akkord, Yusef Lateef, Funkadelic and Maenad Veyl. “(B)orgia” takes its point of departure from the famous Italian family, and portrays a group of men and women whose interactions are filled with intrigue and whose faces are hidden behind masks. At certain times, the masks are removed to present even more intrigue. Roberts and Anthony Velazquez performed a duet, which ended with Roberts suffocating Velazquez. In “(B)orgia,” the 19-year-old Dance Now! Miami was at its best, pushing beyond boundaries.