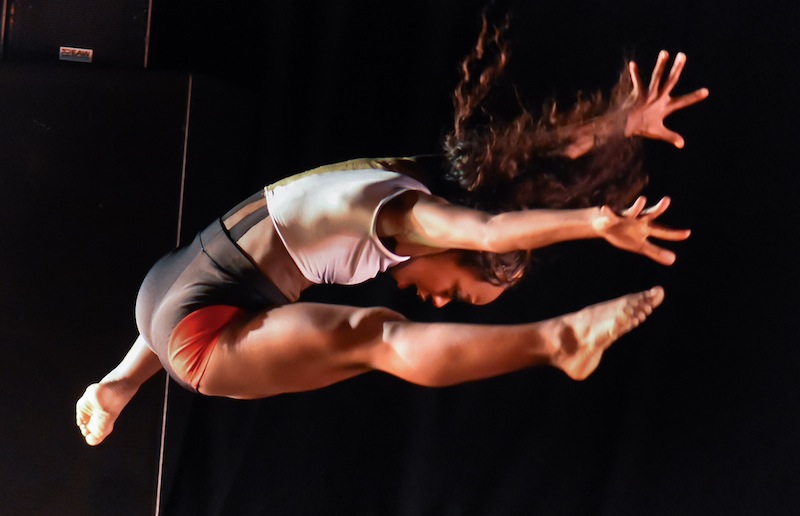 Augusto Soledade’s Brazzdance, one of South Florida’s potentially most interesting and accomplished dance companies, performed April 3 and 4, 2015, at Backstage at the Fillmore Miami Beach. The program included two pieces: Diary of an Outlaw and Da-Da. All in all, the evening was both extraordinary and flawed.

Soledade grew up in Brazil’s Bahia, home of more African descendants than any place outside of the motherland. Small wonder that his work is steeped in the rhythms and movements of Afro-Brazilian sacred dance and martial arts. But Soledade is interested in far more than rehashing that tradition, however rich it may be. His choreography is also firmly grounded in modern and contemporary traditions, and includes the influence of those years he trained with choreographer Garth Fagan of Lion King fame.

In Diary of an Outlaw, Soledade and his very able company created something of a miracle. The performance manages all the transcendent revelation and epic proportion, all the intimacy and exhaustion, and all the terror one finds in great visual accounts and novels — Mario Vargas Llosa’s War at the End of the World, for one — of slave revolts and freedom and liberation fights. Here in a perfect marriage, Afro-Brazilian athleticism, nuance, and emotional depth is set free in a contemporary kaleidoscope aesthetic. The piece ran 18 minutes long. This reviewer could have watched for hours.

The second piece of the evening, Da -Da was less successful. When Soledade describes this work, he talks of primary rhythm, da-da. He is, of course, also referencing the avant garde artistic Dada movement of the early 20th century. In so doing, he may be commenting on modernity in itself.

The piece elaborates two very different moods. In the first movement, dancers strain to reach each other. That reaching out becomes aggressive, finally impossible. One of Soledade’s great strengths as a choreographer is the extent he is able to convey emotion, in all its complexity. This part of the work is nearly devastating to watch, and what a coup that is. Where will all this loneliness lead? Perhaps Da-Da is less successful than Diary because the questions it asks are the unfathomable ones.

With the entry of a guest performance by Beth Applebaum, the piece undergoes a change. Applebaum — she became deaf as an infant — speaks to the moving company in sign language. In seeming paradox, she looks the only one of the lot comfortable with her ability to communicate.

After this everything on stage changes. Dancers become exuberant, achieving athletic feats reminiscence of the early work of Pilobolus, that company of phenomenal dancers/gymnasts. This outpouring includes audience interaction in a glory of handshakes and rattles and rolls.

Still, this energy does not feel like relief. The questions posed earlier through the dancing in exquisite depth have not been resolved. Finally all this energy becomes tiresome.

It didn’t matter. The efforts of Soledade, this winner of the prestigious Guggenheim award for artistic achievement and five Miami-Dade County Cultural Affairs Department’s Choreographer’s Fellowships, were enough.

The more important question is: what will Soledade bring us next?