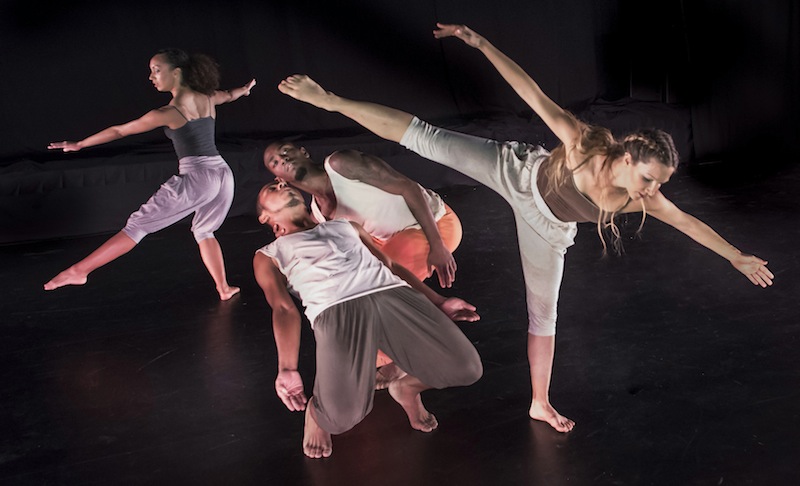 Augusto Soledade Brazzdance has been active in the Miami dance community since Soledade arrived over 10 years ago. His choreographic style has changed over time, as has his cast of dancers. Most notably, core dancer Ilana Reynolds had virtually defined Brazzdance performance until she left Miami for Berlin a few years back. New performers have since joined, bringing a different set of skills, personalities and background experience, and changing the overall style of the company’s performances. Throughout these evolutions, Soledade has preserved several of the company’s landmark pieces.

This March, Soledade showed two favorites, Diaries of an Outlaw (2004) and Cordel (2011) at the Fillmore Miami Beach’s smaller blackbox venue, the Gleason Room. The Gleason Room is an intimate space where audience and performers essentially occupy the same space. Commonly, a raised stage, lighting and darkness, or simple distance, create a kind of boundary allowing performers to exist more in the abstract. Audiences are not seeing the person, exactly, but instead the role, or the movement, costumes, and choreography. Of course individual performers have their own style of expression, but the awareness of the human beings themselves is muted by the typical stage setup.

In this performance at the Gleason Room, the dancers were right there, visible in detail, lending a new perspective to these latest renditions of Diaries of an Outlaw and Cordel. The relationship between audience and dancers was remarkably intimate and just uncomfortable enough to be interesting. It’s not often that one can see into a dancer’s eyes, sense discomfort or joy in the act of performance, see details of costumes, and sweat, and the effort of exertion.

Given the populist themes of Cordel, the connection between audiences and performers was wholly appropriate. The term Cordel refers to booklets sold on the street in Brazil. Cordel also included references to hip-hop, a street dance style that typically takes place in a circle, not on a stage. And some inspiration for the choreography was also drawn from Argentine tango, at its roots a popular nightclub dance. In his spoken introduction to the evening’s performance, Soledade explained that in the movement of tango, he sees a complex negotiation of personal space. This theme of space between people was woven into the choreography and, in this particular venue, into the performance space itself. At one point, he even invited seven volunteers to come up and sit in chairs onstage, creating a circular audience formation for part of the show.

The re-presentation of these two works also offered an opportunity to see Soledade’s choreography as rendered by the newer performers in his company. Jeannine Maffucci stood out in her ability to bridge between Soledade’s contemporary leanings and street style references. The other performers were not quite as able to inhabit the choreography fully, although their technical skills were solid. Visiting artists Alexis Caputo, spoken word slinger, and Andres Mujica, hip-hopper, lent vibrancy to the night with their surprise appearances. Both were fantastic solo artists in their domain.

It is difficult to say how this exact same performance would have felt in a different setting — whether the performers would have seemed less human in their vulnerability, whether the movement would have been foregrounded more than individual styles and personalities, or whether the whole thing would have seemed somehow grander. But in this case, it felt that the audience was participating in the show, not sitting outside of it, which is a rare treat in dance performance.