Reggie Wilson’s ‘CITIZEN‘: To Belong or Not to Belong? 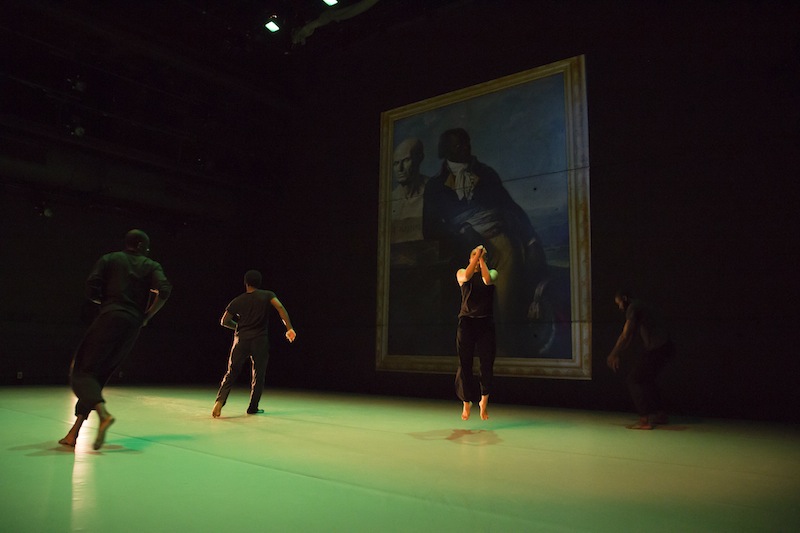 “What does it mean to belong? What does it mean to not want to belong?” These are questions that choreographer Reggie Wilson contemplates in his provocative piece “CITIZEN,“ which makes its Miami debut this weekend as part of Tigertail Productions’ month-long FIRE program of dance, music and film.

In a conversation with Wilson during a rehearsal break, these two questions quickly expanded to a discussion of the life of former slave Jean-Baptiste Belley, the writer and activist Zora Neale Hurston, immigrants and refugees, Trayvon Martin and the Black Lives Matter movement. Wilson founded the New York City-based company Fist & Heel Performance Group in 1989, and is a 2002 Bessie-New York Dance and Performance Award recipient for his work “The Tie-tongued Goat and the Lightning Bug Who Tried to Put Her Foot Down.”

This piece was sparked by a portrait at the French palace of Versailles, titled “Citizen Jean-Baptiste Belley.” Belley was a slave from Senegal who purchased his freedom, fought in the Haitian Revolution and was elected to the French National Convention. Where did he belong? His image appears, a presence from the past, in this “CITIZEN.“ As much as the Belley portrait may have jump-started Wilson’s thinking on the concept of belonging, he says Neale Hurston was the key inspiration. “Why did she always return?” he asks of the writer, folklorist and anthropologist associated with the Harlem Renaissance. She traveled often during the 1920s and ‘30s, but always came back to the United States, when returning meant facing discrimination and racism, and when some of her African-American colleagues had transplanted to Paris. But asks Wilson, did they really belong there either?

Wilson’s questioning expanded: Do we all belong somewhere? And what happens when the place we think we belong no longer wants you. Many immigrants and refugees face this dilemma, as do many Americans. So much was swirling around this topic in the country as Wilson developed “CITIZEN:” the killing of black men by police, growing anti-immigrant sentiment, hostility towards refugees. Do you belong? Or not?

The origin of the name of Wilson’s Fist & Heel Performance Group, according to the company’s webpage, derived from the “practices of enslaved Africans in America who reinvented their spiritual traditions into a deep, soulful art form dismissed by overseers as fist and heel worshipping.” “CITIZEN,“ Wilson says, “ is about the past [and] also about the present,” with roots in Africa and its diaspora.

His creative process often begins with an obsession — something, he says, his mind returns to over and over again. He thinks of the form it should take. Then he takes it to the studio and to rehearsals; works on the structure and the material; and creates a dance.

“CITIZEN” is comprised of a series of solos, while a video projection of the dancers executing the same movements plays on a screen. They are alone in a group. “It’s very repetitious,” explains Wilson. Movement passages occur repeatedly, like the cycle of immigrants and refugees seeking a place to belong. “What does it mean to belong?” “What does it mean to not want to belong?” Likely members of the Miami audience will be facing just such questions.