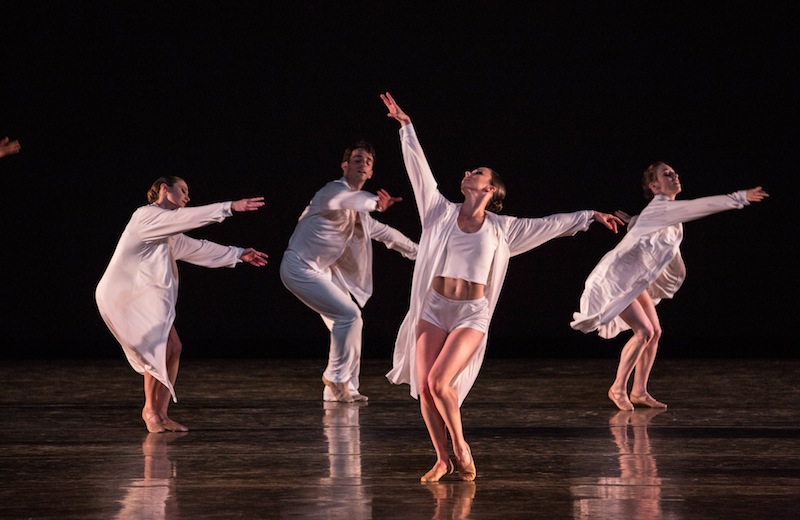 Artburst: Paloma Herrera in a May 2015 interview with Dance Magazine gave as one of her three reasons for retiring from American Ballet Theater, “feeling kind of like a dinosaur regarding the social media frenzy that now shapes ballet careers.” Principals Kent and Xiomara, who retired from ABT with Herrera, told the Washington Post that issues with ballet’s new celebrity culture were also a reason behind the timing of their retirements. What are your thoughts?

But maybe their comments have identified a trend in ballet as a whole. In that same article in Dance Magazine, ABT director Kevin Mackenzie states: “Directors don’t really make the choice to promote or make dancers stars anymore, the audience does…and nowadays, a dancer’s self-marketing capabilities can have a huge impact on that.”

I think that every company is different and every director will react differently to social media. But it’s hard for them not to be influenced by the audience’s opinions. Look at someone like Misty Copeland. She has a name that is familiar to a lot of people, and the audience comes to see her. I don’t see that we come up against this in our company. I don’t think MCB is experiencing these pressures.

Do you think Misty Copeland is a special case? Has her use of social media made her something more than a ballet dancer? She’ll appear in a Broadway production of On the Town in the fall. She’s in a lot of advertising and a couple films. Do you think there is room for someone to achieve the kind of category-disrupting fame that Copeland has here at MCB?

If anything, at MCB we would all be happy if any of us became super stars. It would be great. In our company that super star status would be supported. People visit from other companies and they are always kind of amazed by the fact that we really like each other and enjoy spending time together even outside of the studios.

By the way, I think Jeanette Delgado should be the next Misty Copeland.

Last question. In your blog you insightfully criticize artistic trends in ballet, marketing campaigns by dance clothing manufacturers, TV shows like Breaking Pointe and movies like Black Swan. However, you only once mention a dance critic — in the blog titled, “The Alastair Macaulay Debate” (12/07/2010). There you skillfully ask whether criticism of body appearance is appropriate in a performance review, but you are also careful not to criticize either Macaulay or his review directly. However, doesn’t your platform give you the space to do just that — critique the critics and their reviews themselves? Wouldn’t this be the logical next step? Couldn’t this even improve the quality of criticism?

I don’t have the platform that a critic like Alastair Macaulay has. Who am I to critique him? He has been watching ballet for decades. He has travelled all around the world to see the best. He is one of the most well respected ballet critics.

I always enjoy reading his reviews and always look forward to them when they are published. I put a lot of thought into what I put up on my blog. I always ask myself if it is appropriate for me to sound off on any particular topic. I think that’s really important and something that my readers appreciate. I feel that it would be inappropriate for me to critique critics.