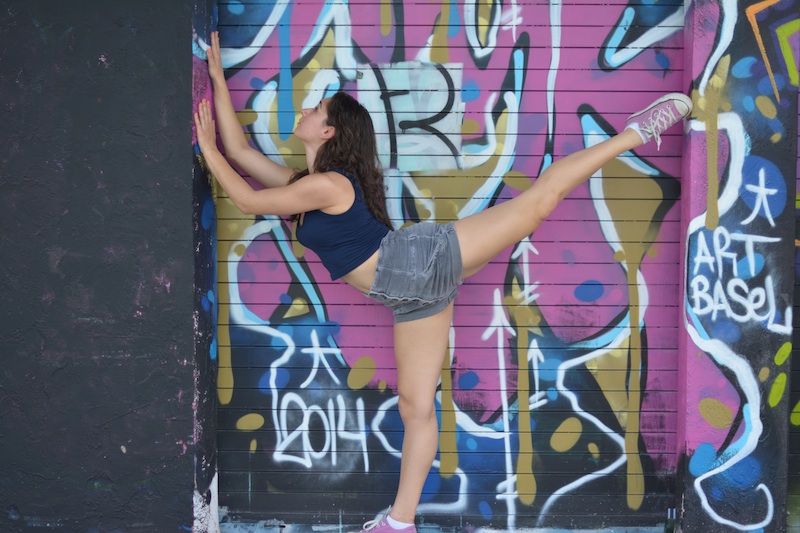 Having arrived only a couple years ago, choreographer Danielle Kipnis can still be considered a newcomer to the Miami dance scene. Originally from New York, she was raised on ballet and musical theater dance, discovering contemporary dance later in her college years. This month her company, Nazmo Dance Collective, presents [re]claim at the RIFT Blackbox Theater in Wynwood. A week before opening night, we spoke with Kipnis about her varied life as a dancer and choreographer.

What is your dance background?

I started at a studio called the American Theater Dance Workshop, which was part of the The American Dancemachine, which was trying to preserve the great American musical theater works. So my early years, I was taking ballet there, and musical theater classes. We were learning all of the original choreography from people who had danced right underneath Fosse, right underneath Jerome Robbins. It wasn’t until I got to college and became a dance major that I really started taking more contemporary and started combining that with all the musical theater and jazz that I had from my early training.

My contemporary training was Horton-based originally. But once I got to Northwestern University [Chicago], we trained in some release techniques and something called Jump Rhythm Jazz, which is a big technique in Chicago started by Billy Siegenfeld. It’s all about rhythmic dancing, and dropping into your body, kind of the opposite of what ballet might teach you, which is very pulled up, and standing up. And then also I was influenced by dance theater. So all of these different facets of what my professors gave to me, I’ve now integrated and taken a little bit of all of it.

How do you define contemporary dance? What does that term mean to you?

I think contemporary ballet could almost fit in the spectrum of contemporary and that’s at one end. And then you have stuff that’s more derived from Trisha Brown, and stuff that’s maybe more dance theater, immersive theater, that’s happening at the other end, and then everything else in between.

What excites you about dance and live performance?

The fact that it always gets messed up, that’s really exciting to me. There’s something exciting as a dancer and as an audience member, to share in a moment that only exists at that time, at that second, and whatever happens happens. And then it’s gone. So I guess the ephemeral nature of dance. I was in a class the other day, and the teacher was talking about how dance is folkloric and how it’s passed on. I think that has a lot to do with the fact that it is a live medium and it’s movement-based, and how can you write it down?

That relates very much to your background, having studied with the people who studied under the masters of musical theater dance.

Yeah, that’s something they kind of ingrained in me when I was little. Because you can’t learn Fosse if you’re not learning it from someone who got it directly from him. And it’s a very big deal who teaches that movement. And then you get the little stories about the crazy rehearsals where Fosse made all the dancers turn their finger for like five hours. You get to realize how important all of that detail is. And you never would have gotten that just from watching a tape.

I’m glad you’re asking this question. The piece I’m working on right now has two parts. The first part is ownership of space, which is the graffiti and urban art section. And then the second half moves into ownership of ideas, and ownership of style. And I really delve into this question of copying, and artists who have been accused of copying another artist or stealing and taking what they created.