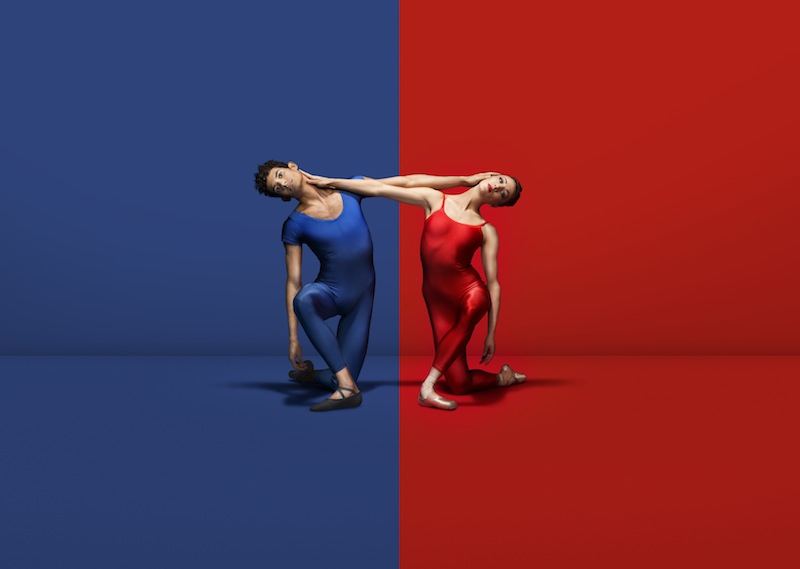 For its 31st season Miami City Ballet will serve up a hearty and flavorful dance sandwich. Held together by the bread-and-butter basics of a Romantic heirloom and repertory standards, in the first and last programs respectively, the middle of the year is layered with company premieres that are noteworthy in number and range, from honeyed to piquant.

The fall opens with Giselle, the beloved 19thh-century ballet about a betrayed peasant girl who returns postmortem as a forest spirit. Then the season whirls into a more up-to-date mode. Prominent in this are two historically significant pieces on the second program: Calcium Light Night, Peter Martins’ 1978 choreographic debut at New York City Ballet—a prelude to his being chosen as Balanchine’s successor there—and Jerome Robbins’1983 Glass Pieces, a pioneering depiction of our electronic era’s driving pulse. An excerpt from Kenneth McMillan’s choreography for the musical Carousel will introduce a lovelorn mood in a dreamy pas de deux. These first-time stagings for MCB complement Balanchine’s Serenade, itself a lovely and lofty landmark, the Russian-American master’s initial made-in-the-USA work.

The third program will unveil The Fairy’s Kiss. Commissioned by MCB from the celebrated Alexei Ratmansky, this one-act revitalizes Hans Christian Andersen’s The Ice Maiden, which as abase for ballet enjoys a privileged heritage: mounted for the Ballets Russes by Bronislava Nijinska (Nijinsky’s younger sister) in 1928 and later by Balanchine for his company, always aloft a Stravinsky score (Le baiser de la fée) that references Tchaikovsky at his most melodious.

Accompanying this, Walpurgisnacht, a mouthful of a title for an eyeful of a ballet, to selections from Gounod’s opera Faust, expands the company’s Balanchine rep. In addition, Christopher Wheeldon’s Polyphonia comes back to stack up disquiet and accommodation among four fastidious couples. The season then closes with soul-lifting revivals: Balanchine’s Who Cares? and Divertimento No. 15 and Paul Taylor’s Arden Court.

Considering all the current ambitious undertakings by her company, MCB artistic director Lourdes Lopez affirms, “The dancers are ready for this. We have the kind of clip that’s established a good forward momentum—a professional cadence that serves everyone.”

At the reins of this organization since 2012, Lopez fosters achievement at MCB with both workaday tenacity and eyes on the horizon. Ideally, as Lopez points out, the performance calendar should start to take shape at least two years in advance, given the demands of scheduling choreographers and coaches, insuring budget needs, and maintaining a climate for creative development. But reliable long-term planning has not been a luxury the director could count on until recently.

“What’s happened since last year is that MCB has become to a large extent stable,” says Lopez.In fact, her marketing department confirms a second consecutive net surplus of $769,000 for 2016, supported by a contributed revenue of $9.24 million (the second highest in company history), a 9.1% growth in ticket sales, and extensive touring.

This has allowed MCB to take firmer steps down the path Lopez is forging. “I like to feature ballets I would love to see and that dancers can learn something from,” she says. “You always have a wish list including premieres and full-length ballets.” For this, she trusts in performers who can tackle a large variety of compelling works.

Yet the director admits questions still nag her: “Do I have the right opener and closer? Does this piece work with that other? Have I programmed too much?” Twyla Tharp’s Bach Partita, for example, had to be dropped this season due to a lack of proper rehearsal time for such a complex piece. “The toughest part for me,” Lopez goes on, “is how to assemble ballets on a program—and that’s something I’m still learning!”

Apparently, the director has taken on that learning curve at full throttle. To great acclaim, last season culminated in MCB’s visit to New York’s Lincoln Center, which the director acknowledges “put the company on a different map.” And that touring coup was matched by the local staging of Balanchine’s A Midsummer Night’s Dream, its new design inspired by the Florida seashore. “It was a risky project that pulled the whole company together as no other since I’ve been here,” says Lopez.

In the upcoming array of works, the dancers can find plenty of opportunities to apply their talent in both new and established choreography. Just in her second year as a corps member, Mayumi Enokibara shares with colleagues this sense of discovery and continuity as they rehearse for the season. “I’m doing Serenade, which is a favorite–the first ballet I did as a student at Miami City Ballet,” she says. “I love the music [Tchaikovsky’s Serenade for Strings]. It’s so beautiful I feel I’m floating on it. And my familiarity with the ballet really lets me enjoy it more.” Long-time fans of the company, too, can follow the well-known choreography while zooming into fresh interpretations, an intimacy Enokibara relishes. “It makes me feel a special connection to the audience,” she confesses.

The tulle-rustling cadences of that poetic ballet contrast with sharper-edged dance lying ahead for Enokibara. “My biggest challenge—but also my biggest thrill—has been learning the pas de deux Calcium Light Night,” she says. Partnered by Shimon Ito, a powerhouse recently promoted to soloist, the young Japanese-Brazilian ballerina knows she’ll profit from the forward thrust of this experience. “The choreography has lots of turns and flexed feet. When I was beginning to learn it, keeping the counts was really hard. And we have to go as fast we can! Starting out I asked myself, Oh, my god how are we going to do this?Now it’s great to see how well we’re all dancing it! It’s been one of my greatest opportunities—and a lot of fun!”

Another smooth Balanchine piece and the jittery addition to MCB’s Robbins cache also hold promise for Amir Yogev, newly re-hired as a corps member. The Israeli-born dancer is thrilled to return here after seven years at Pennsylvania Ballet, which followed a three-year stint at Miami City Ballet in the beginning of his career. “This company really feels like home for me,” he says.“I get to dance the way I like. I love the musicality, the speed, how the corps de ballet is used.”

In Who Cares?, paired up with the leggy Jordan Elizabeth Long, Yogev will unravel satin from a Gershwin tune. But Glass Pieces, with its electrifying grid of movement to the reiterations of a Philip Glass score, gives him a special charge. “I loved it since I first saw it performed by New York City Ballet when I was a student at the School of American Ballet,” says Yogev. “I thought this was so cool—the music, the patterns! And dancing it really feels like teamwork. We have to be so strict in how we interact. It’s been a bonding experience.”

Tricia Albertson, a principal whose interpretive gifts have once more earned her the lead in the latest edition of Giselle, concedes to the appeal—distinct from a legacy virtuoso role—of those pieces bristling with modernity. In Polyphonia, where she calls the partnering “really tricky,” she’s been able to solidify her artistic connection to the stalwart Reyneris Reyes. And shooting through Glass Pieces—a feat that’s “short but exhausting,” according to Albertson—has sharpened her sensitivity to demanding tempos. “I love all those different dance experiences,” says Albertson.

While an eclectic lineup helps keep dancers in fine form, Lopez is quick to point out effective programming is “also about audience building. I want to give viewers exposure so they can at least have an opinion.” To make culture a more meaningful adventure—and in that create solidarity—educating the senses makes perfect sense.