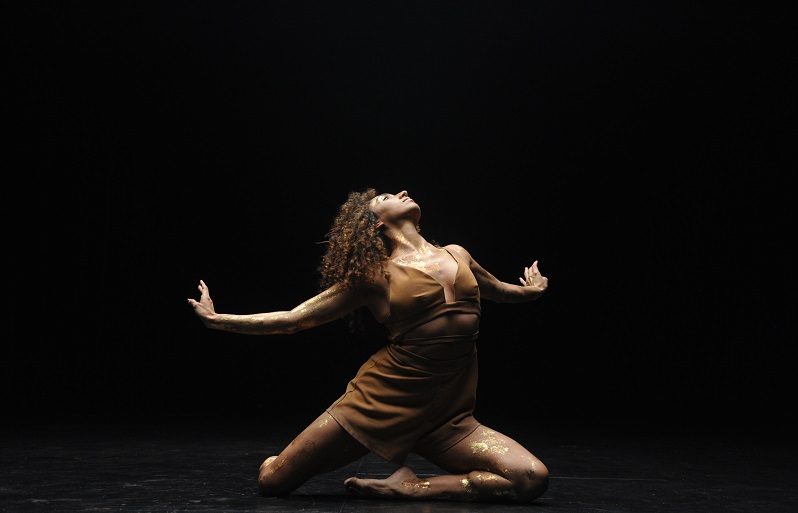 Barbara Meulener’s solo in “Birds of Paradise” is about a sense of becoming, beginnings and liberation, according to choreographer Pioneer Winter. (Photo courtesy of WorldRedEye.com)

The creation of the Adrienne Arsht Center’s first commissioned contemporary dance work – from its first artist-in-residency in a decade – had more than its share of ups and downs, as did just about anything that had its beginnings not long before the COVID-19 pandemic.

Now, a little less than a year after its originally scheduled date, choreographer-dancer Pioneer Winter’s “Birds of Paradise” is ready for its world premiere.

“The project itself was reborn. It had to be,” Winter says about the production, which was originally set for October 2020 and will now debut inside the Arsht Center’s Carnival Studio Theater on Thursday, Sept. 16, 2021.

The work envisioned about coalition, ensemble and a collective mindset became impossible in the midst of a pandemic, according to Winter.

“The piece was supposed to be about being en masse, being in group, being this collective mindset – collective in a way that is unity. Then it became taboo for us to be able to be together. So, it made the very thing that we were making a dance about impossible to do,” Winter says. 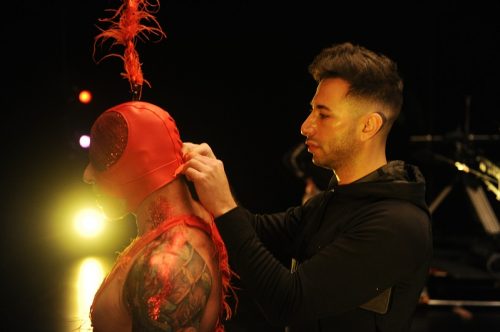 The original vision for the Pioneer Winter Collective began with an open audition for dancers in October 2019, followed by rehearsals with a full ensemble of 11.

They resumed rehearsals using Zoom for three months, but it wasn’t conducive to Winter’s vision – almost a year went by in which they weren’t able to work as a group at all. And when the piece could be revived, it no longer made sense to work as an ensemble because of safety precautions.

Not knowing where Miami, or the world for that matter, would be by the time “Birds of Paradise” premiered at the Arsht, Winter had to figure out a way to make the work “pandemic-proof.”

They returned to rehearsals in late January 2021, with eight dancers working on individual solos over four months. Then their performances were filmed individually inside the Carnival Studio for eight consecutive days in May.

When it premieres, “Birds of Paradise” will begin with the film installations shown throughout the Carnival Studio Theater and end with a 20-minute piece in which the dancers come together live as an ensemble in the center’s Peacock Foundation Studio. The dancers are: Barbara Meulener, Frank Campisano, Niurca Marquez, Josue Garcia, Katrina Petrarca, Gabriela Cruz, Lize-Lotte Pitlo and Shamar Watt. 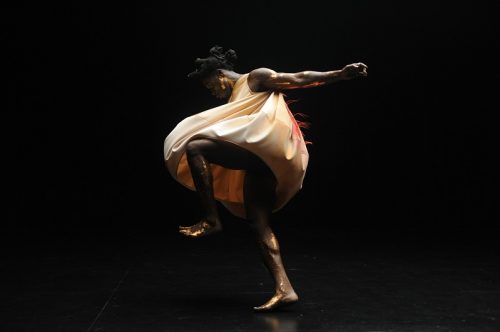 Shamar Watt “tries to contain the sun, but eventually he has to become his own radiance,” Winter says about the dancer’s solo in “Birds of Paradise.” (Photo courtesy of WorldRedEye.com)

“This was never meant to be a transmedia piece, so it will not be presented as a series of film screenings,” Winter says.

Each film has its own individuality, Winter stresses, with different camera work used and other techniques: “Some are projected on Plexiglas, some are on a wall. One of them is set up in a hallway to create the illusion that the performer is in that hallway with you.”

For Arsht CEO and president Johann Zietsman, the commissioning of “Birds of Paradise” represents an exciting chapter in the center’s history.

“The center has never commissioned a contemporary dance piece, so it is very special,” Zietsman says.

Bringing “Birds of Paradise” to fruition has been “a winding road of challenges and surprises, but all great,” says Jairo Ontiveros, vice president of Education and Community Engagement at the Arsht Center, the department charged with overseeing the residency.

The core of their commitment didn’t change, Ontiveros says, nor did their focus on what the residency represented.

“We wanted to make sure that we were supporting Pioneer as a developing choreographer,” Ontiveros says. “In supporting new work, one of our primary goals is to reflect and represent the Miami community, especially those marginalized voices, the pockets in our community that are under-represented. In this case, it is the LGBTQ+ community that the Pioneer Winter Collective represents.” 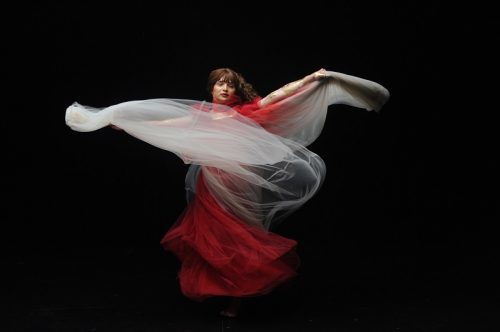 Gabriela Cruz is part of the Pioneer Winter Collective in a solo about self-discovery (Photo courtesy of WorldRedEye.com)

Ontiveros calls the artist-in-residency a “hand-in-hand process to bring other voices that have been historically excluded from our stages around the country and around the world, and that to us is really important.”

What audiences will see in the premiere of “Birds of Paradise” is only the beginning, Winter says. “It will keep evolving. It has to.”

Because the piece received funds from the New England Foundation for the Arts (NEFA) National Dance Project, it’s expected to tour for at least the next two years, Winter says. Commissioned by the Arsht Center, Winter also received funding from the Doris Duke Charitable Foundation, The Andrew W. Mellon Foundation, The MAP Fund, Our Fund Foundation, and the John S. and James L. Knight Foundation as part of its 2019 Knight Arts Challenge.

As it continues, the dream for “Birds of Paradise” is that the individual solos will be created with performers from everywhere. Winter hopes that, post-pandemic, the work will become a hybrid of film and live solos.

Despite the difficulties, Winter says the delays helped to “inform” the piece further than he had imagined.

“All artwork right now is deeply affected by the pandemic, including the isolation and the need for closeness and community … Isolation was already pervasive in the queer community, but during the pandemic, it became a common thread,” Winter says. “Now, for maybe the first time in our history, everyone felt isolated.”

“Birds of Paradise” is meant to acknowledge that some of the greatest struggles and growth are experienced alone, and then the person can “emerge liberated, stronger, iridescent and beyond definition,” Winter says.

“It’s become about celebrating the individual. Everyone has experienced a time where they are in their own void and, oftentimes, you think that you are the only one experiencing that,” Winter continues. “This is about acknowledging that you’re not alone and there is a virtuosity, even in the small things we do in order to keep going.”

COST: $40 admission, plus $15 tickets available as part of the Arsht’s “Sweet 15” celebration (arshtcenter.org/Tickets/Sweet-15)

SAFETY INFORMATION: Based on guidance from national and local health officials, the performance will be seated at limited capacity and require face coverings.

Click here to read our Spanish-language preview for this event.

Click here to read our review for this event.