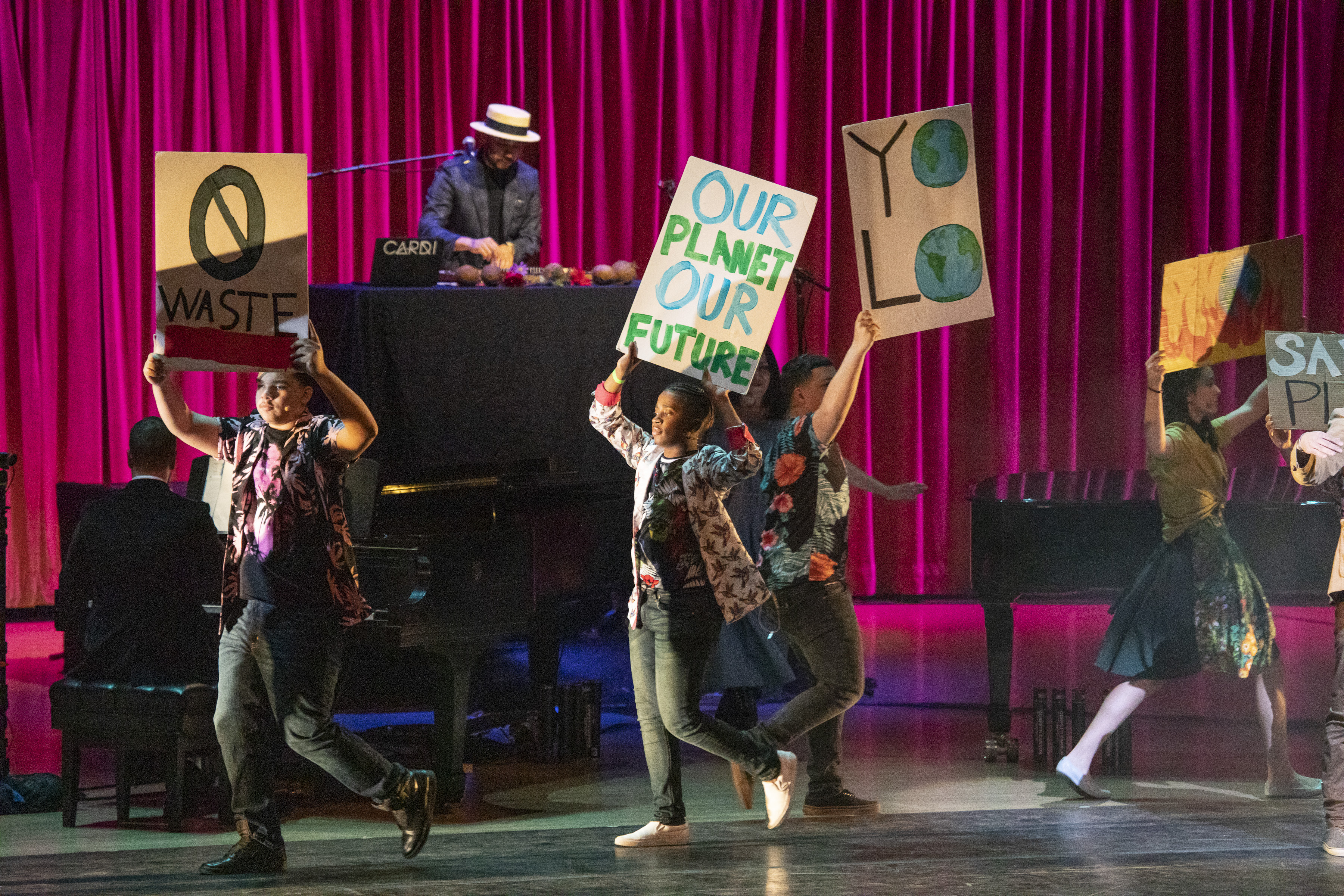 The evening’s poetry touched on powerful topics, including the environment. (Photo courtesy of Cristian Lazzari)

Young poets had the chance to shine as they reflected on socially charged themes at the Dranoff International 2 Piano Foundation’s Piano Slam 12.

Speaking before a packed house at the Knight Concert Hall, Miami-Dade schools superintendent Alberto Carvalho emphasized the value the district places on the arts as well as the success of Piano Slam, which is now in its 12th year. About 83,000 county students have participated in the program’s outreach activities since 2009, he said.

The performance began with Daniel Strange, director of contemporary keyboard studies at the University of Miami’s Frost School of Music, and Rachel Ohnsman, a post-graduate student and teaching assistant for the Frost’s Creative American Music Program at Frost, taking their places at the pianos, accompanied by Argentine vocalist/songwriter Roxana Amed. Strange and Ohnsman played throughout the program, mainly as accompaniment to a deejay. 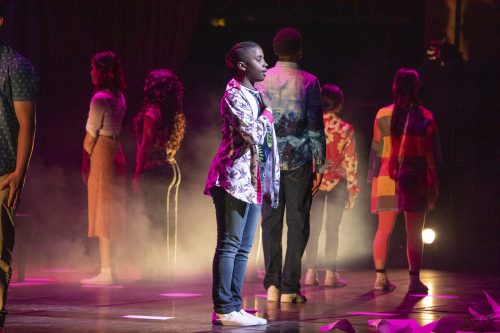 In the first of several numbers choreographed by Miami dancer Rosie Herrera, 20 students carrying flashlights circled four young soloists who freestyle-danced at the front of the stage. As the number came to a close, Miami Norland Senior High 12th-grader Anaisa Tate stood at the center, gently swaying as she laid down the lines of her poem, “Crossroads.”

Tate spoke of Miami as a city of “new tempos/flowing in with the movement of people/the hymns of runaway slaves,” then shifted focus to Coral Gables, a city “built on the base of thick coral/and the broad backs of Bahamian accents.”

As Tate wrapped up, four young women joined her on-stage and, as a group, they swayed, sweeping arms into pivots in a second Herrera-inspired choreography.

Student poems touched on powerful themes: the potential effect of a climate crisis on Miami and their personal futures, the effects of gender and racism on self-esteem and a sense of belonging.

“Mother Miami cries to me/hear her sad harmony/’help me to be what I once was.’”

As he spoke, students backlit in scarlet littered the stage with sheets of paper. 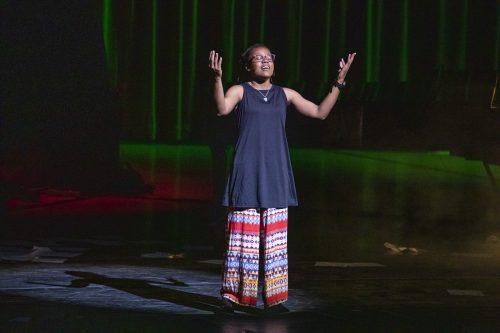 Other students criss-crossed the stage, fanning scattered papers into the air, as she delivered lines like, “This city is getting grayer and grayer/with its advanced machinery/my green leaves try to keep the atmosphere healthy/aiming to keep the air clean and fresh.”

Then one student executed a series of backbends that closed with her facedown in the middle of the mess.

Ponce De Leon Middle’s Shemar Canty celebrated his same-sex orientation in “My Truth.” Carefully pacing his delivery, the eighth-grader pronounced a string of ringing self-affirmations: “With my sassiness and jigs/with my over-the-top personality/I am a vivacious, infectious song.”

As he finished, the hall exploded with applause, and the stage transformed into an all-out dance party.

At the close of the performance, Carlene Sawyer, creator and producer of Piano Slam and executive director of the Dranoff foundation, announced the evening’s winners.