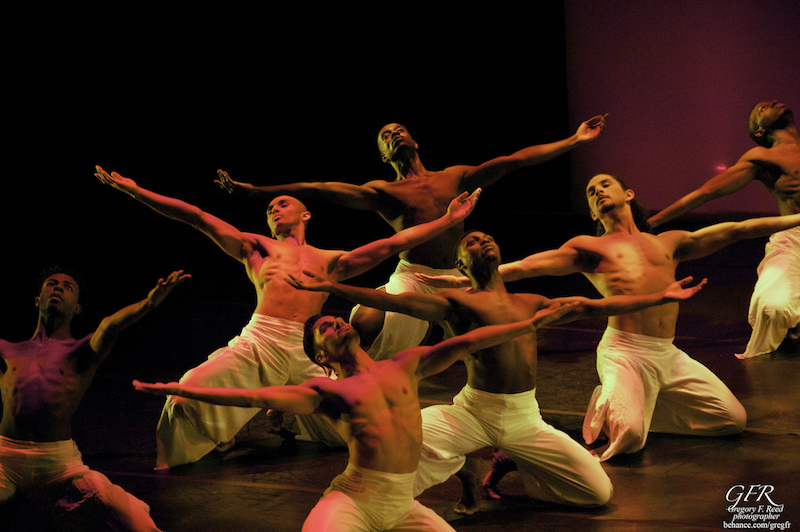 It is fitting at this time of the year that our thoughts often turn to what connects us not what divides us. Whether we are driven by religious or secular motives, many of us are in the spirit of the season. Performances of plays, dance and music abound, offering Miami audiences a rich array of choices. “Rhythmic Atlantic,” presented by The Peter London Global Dance Company, is a dynamic program celebrating the contribution of African dance and music on the formation of new artistic forms in the New World. It offers a global connection to usher out the year and welcome the new.
“Rhythmic Atlantic” delivers a rich cornucopia of styles in music and dance: jazz, Latin jazz, salsa and rumba to name a few. Bringing it all together is Peter London, founder and artistic director of the company and professor of dance at New World School of the Arts. London reached out to several former students — who are now professional dancers and choreographers — to present pieces on the program. It’s also a homecoming of sorts, as all the invited artists are from
Miami. These guest choreographers are Melissa Fernandez, Ballet Hispanico; Jamar Roberts, Alvin Ailey American Dance Theater; Justin Rapaport, Ballet BC; and Gentry Isaiah George, Zest Collective.
Fernandez’s piece is titled Cuban Sugar; the score is a Latin take of the Sugarplum Fairy from “The Nutcracker.” George’s work, Chariot, is set to music by Inez Matthews and Jessye Norman and is a solo performed by Leon Cobb, a member with the Martha Graham Dance Company.
Both Fernandez and George followed the same path from New World School of the Arts, where each studied with London, then on to the Julliard School. Both Fernandez and George
acknowledged the role London played in their lives as students and young artists. They speak of his generosity of spirit and of giving of himself. Both qualities we associate with the season. For London this generosity is something he is passing on from what was given to him by his teachers and renowned artists such as Martha Graham and Alvin Ailey.
London began dance at an early age in his native Trinidad and Tobago. He studied traditional dances, Modern and ballet. He arrived in the United States at 19 and became a member of the Limon Dance Company, then the Martha Graham Dance Company. London later came to Miami to teach at the New World School of the Arts where he has been a professor of dance for over 20 years. Along with teaching and running his company, he is also a mentor to several dancers including Jamar Roberts — whose choreography is on the program.
Also on the program is a work by one of London’s current students, Kashia Kancey. Her piece, Everyday is February, is set to the haunting Strange Fruit, first sung by Billy Holiday and later Nina Simone. Kancey is using versions by Jeff Buckley and Jose James.
London is premiering his “Atlantic Journey” (with paintings by Joel Gresham) as not only a way to combine traditional and Modern dance, but also to further the mission of his company “to provide professional work for local dancers so they don’t have to leave to find jobs in other cities.” He wants to bring Miami dancers and choreographers back to share their knowledge. ‘Rhythmic Atlantic’ is all about connections, both onstage and off.
“Rhythmic Atlantic,” Friday, Dec. 29 and Saturday at 7:30 p.m., Sunday at 5:00 p.m.; Arsht Center for the Performing Arts, 1300 Biscayne Blvd. Miami; tickets $40; www.arshtcenter.org, 305-949-6722; PLDDC.ORG.