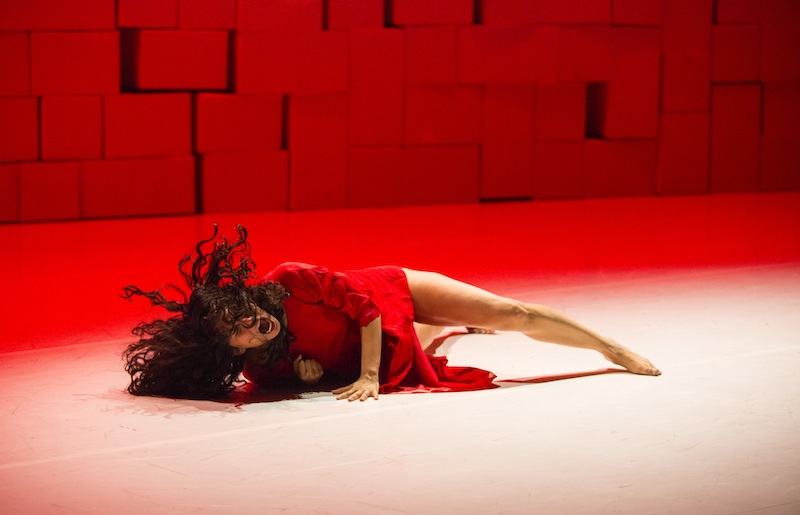 Seattle-based choreographer Pat Graney started working on her newest project Girl Gods in 2012. It is the second installment of a triptych that began with her 2008 project House of Mind. Yet her upcoming appearance at Miami Light Project’s Lightbox is perfectly timed to engage some of the shock and disappointment of current events. In general, Graney’s creative work explores issues of women and identity, topics now floating right at the surface of the collective American consciousness. In Girl Gods, she considers the female rage that has been passed down through families and generations.

A few days after the election, we spoke with her about the personal and national politics of the moment.

Interesting time to be talking to you. This piece has a lot to do with female rage, which is so relevant right now. How do you access that in the piece itself?

When we started this process about three years ago, I was really looking [at generational] rage. Where is the female voice? Mostly it has been repressed. Those voices are not allowed. In most peoples’ families, men held the place of rage and it was completely acceptable. But women either stuffed it or ate it or died from it.

We had been talking about that for a couple years. We did these rage solos, which are not directly included in the piece but were absolutely amazing. We wrote stories about people in our families. We talked about our moms, and everybody interviewed their moms. We were looking at the completely unacknowledged role of women in terms of being caregivers and building the home space.

How do you feel as an artist and a woman about what’s happening now in the U.S.?

I think that Obama’s presidency has been brilliant and has done so much in terms of normalizing people who have been ostracized since day one in this country. And I think people are really afraid of that change. I think it’s about fear. Fear of contemporary culture, global culture, refugee culture.

And how about the female aspect, with Hillary Clinton’s loss?

It is so heartbreaking to me. It’s going back into a cupboard of the pre-‘70s. It shows me that people are terrified of women in this country. They are terrified of female leadership. And that’s so distressing and incredibly sad for me as an American and a woman. It strikes out all these things that we feel we’ve made amazing headway in the last eight years. We’ve had an amazing first lady. It’s so devastating that it’s hard to act, actually. So the rage thing for me feels absolutely current, and a perfect response.

What was your creative process for Girl Gods?

I do all the writing. But I don’t really go into a studio, turn on music and dance around, that’s just not my process. I created a Pinterest board with thousands of images of movement. We took those images, and each person chose 12. We linked them all together to make 60 images, which is the basis for all the movement in the piece. We put it upside down, we did it sideways. There are people in ecstatic movement. There’s sad stuff. There are all these emotional impressions that you go through when you see the images and it becomes a vocabulary for the piece.

And there is also a text component?

People don’t speak, but there are recorded voices. One of the performers is pouring tea and her mother is talking about rage when she was a young girl and her brother was favored. It’s just electrifying to hear that, because it’s so deep and so molten. She ends up pouring this red sand out of this teapot. It’s… intense. And then there’s black sand in the piece too, which is falling the entire time.

There’s a certain power in bringing something from the inside out, even if it’s a story of repression.

I hope that people identify with it and take hope and power from it. Not the repression. I think we all have enough of that. But I think that finding a volcano opening for this rage is important, and I think it’s going to be more important in the coming years.