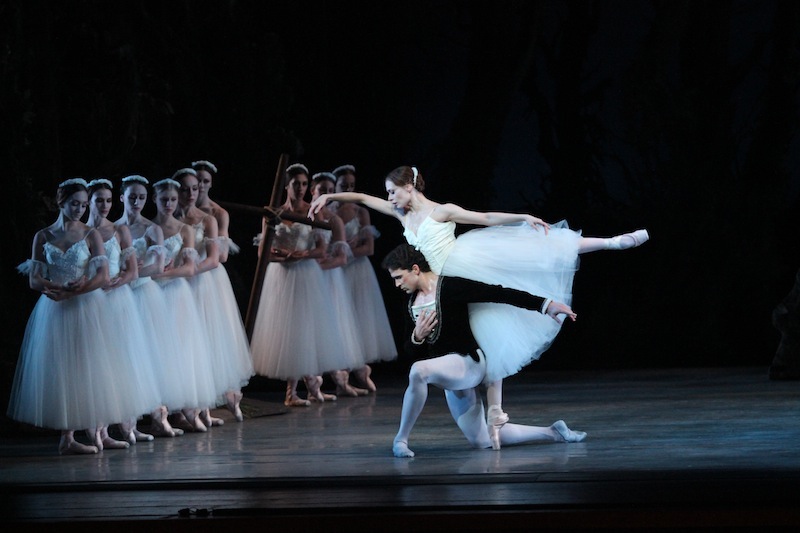 This forms the third installment of an interview with Miami City Ballet’s, Jennifer Kronenberg, discussing the new edition of her book, So, You Want to be a Ballet Dancer?

Artburst: Earlier in our conversation we discussed your chapter on nutrition and how it overturns false notions of body image shared by public and critics. However, in reading the chapter on make-up, I could hear my feminist friends objecting that classical ballet propagates a dangerous image of femininity almost Disney-like in its male centeredness. How would you respond to a criticism like this?

Kronenberg: Honestly, they need to get over it. That very attitude is partially what stands to hold this art form back and may even destroy it. Theater is theater, period — whether it be ballet, opera, a musical, a play, or even the movies — and ‘making ourselves up’ is a part of our professional reality.

But this criticism points as much to the roles women take on as to the make up they put on. Can you point to dance roles that provide counter-examples here?

Sure. Quite often we become on stage a subservient swan queen or a humble fairy princess waiting for her prince to rescue her. However, I also assume the role of a fierce, dominating Siren as in “The Prodigal Son.” Or, “In The Upper Room,” I dance the role of a stomper where I am equal to, if not stronger than, my male counterparts. People really need to give the art form some credit. As artists we are nuanced, expressing femininity’s delicacies together with its intellectual, emotional, and physical strengths.

It sounds like you see a potential for the dancer to act inspirationally as a kind of role model even for women who have no intention of pursuing dance professionally.

It’s this simple — ballerinas are positive, inspirational, feminist role models. We are empowered women, self-motivated from a very young age and we have successfully pursued our dreams. And, sure, we have done it with lipstick and false eyelashes — so what? We are career women who are more fulfilled in our chosen line of work than most people could ever imagine being, and we have earned that happiness with great effort and dedication. I see the inner strength and perseverance we possess as professional dancers to be the very essence of feminism.

Up to this point we have focused tightly on your book. However, the book also speaks directly to some recent controversies in the world of ballet.

As you know, over the last decade some influential critics claim ballet as an art form is dead and audiences now witness only the empty, mechanical repetitions of the old masters. How do these comments strike you as someone both engaged in the profession and, through this book, guiding others toward it?

The contemporary dance scene is not simply a lifeless repetition of the old. There are important developments happening out there. Think for a moment about choreographers like Liam Scarlett, Alexis Ratmansky, Justin Peck. Their work is great and significant because they have taken their backgrounds — what we are calling “the old” here — and have translated it into their language, our language. They parallel Balanchine who took the old Russian imperial training and turned it into something new. We may not know now how relevant they are but they are relevant to the future of the dance.

For Parts I and II of the interview see: