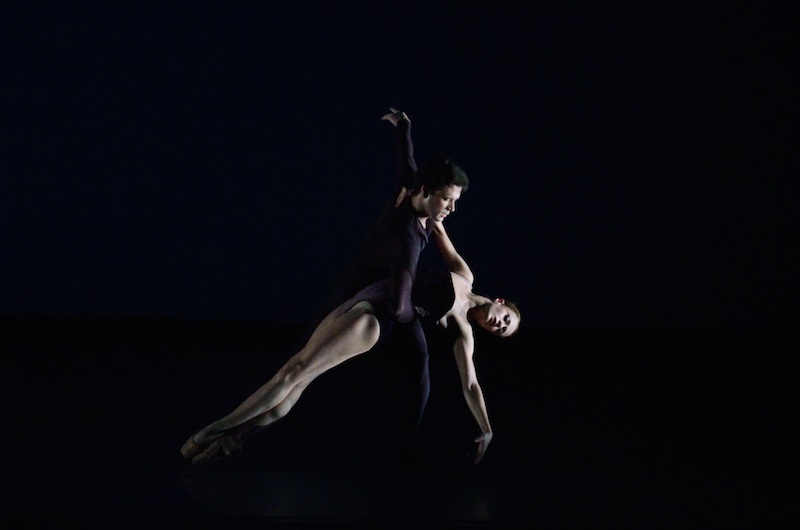 The wide windows bathed the dancer’s lounge in bright sunshine as Arthur, a 13-year-old blonde, blue-eyed boy played hide and seek with one of the dancers.

Curious, Arthur would occasionally stop by our table to be sure we were staying on track as Miami City Ballet dancer, Jennifer Kronenberg, continued her conversation with Artburst on her new book and the issues it raises for ballet. (For Part I see: www.artburstmiami.com/dance-articles/part-i-conversation-with-mcbs-jennifer-kronenberg)

Artburst: The chapter on nutrition seemed one of the most important chapters in your book. It just shatters the popular perception people have of ballet dancers as artists continually starving their bodies to promote a waif-like appearance. You seem to suggest here that there are competing images — one that dancers have of their own bodies who see themselves as athletes and a distorted, unrealistic image of the dancer’s body still engrained in the public’s psyche?

Kronenberg: The easiest way to cut short a dance career would be to abuse one’s body by not eating in a way that supports all of the physical effort that goes into perfecting one’s dancing. The public, critics, and dancers themselves need to understand a major difference exists between looking thin as a result of being physically fit and looking underweight due to unhealthy choices or even eating disorders. Ballet dancers must respect an aesthetic, but it is unrealistic and untrue to say we all need to conform to a particular mold.

AB: However, in the comments you make about proper nutrition in that chapter you even acknowledge that ballet promotes a certain body image. Do you think that dancers in ballet, and especially women in ballet, could afford now to project more the image of athlete and less that of underweight fashion model? I’m thinking of that Miami City Ballet advertisement from the 2014 season featuring dancer, Lexie Overholt.

Right — that’s no waif in that photo. What you have in that ad is an image of a dancer who shows muscles over every square inch of her body. Sure, body image is an issue for us. We are always worried about what we look like. We are always trying to put our best artistic selves out there.

But at the end of the day we are human beings and we need to be given room for that by the public, because of course a dancer’s physique will change over time.

AB: But is this misperception only true of the average audience member? What about the critics? What kind of role do they play? Consider the firestorm set off by New York Times dance critic Alastair Macaulay’s comments about the bodies of Jennifer Ringer and Jared Angle in his 2011 Nutcracker review. Even the critics seem to feed this popular belief that dancers don’t eat or even shouldn’t eat.

We put ourselves out there for criticism and that’s not appreciated enough by the critics. The critics could be self reflective enough to critique constructively. I mean, when did this fragile, waif-like appearance become the tradition? None of this forms an integral part of the history of the ballet. It may actually stem from some negative moments in the dance — how in the 1970s drugs were a big part of the dance scene.

AB: It almost sounds like the kinds of discussions that go on in the modeling world. I’m thinking of the proposed French law that, if passed, would make it illegal to employ underweight models.

Of course, we think about it – we’re not above that. There is potential feedback going on between the airbrushed images saturating the media and the dancers themselves who, just like the public, can themselves be affected by the messages they pick up in film, television and Internet.