Out in the Tropics Kicks It Up a Notch 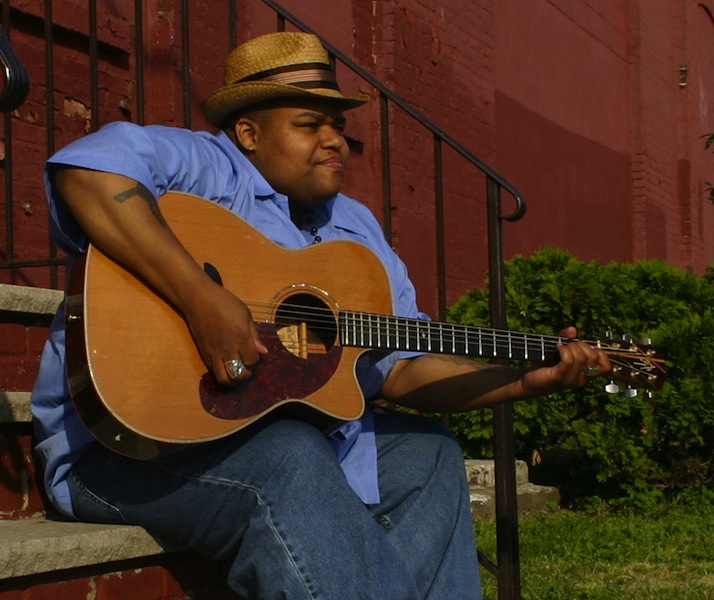 There aren’t many festivals that can boast true diversity in their lineup, but Out in the Tropics has made that its mission and it is arguably one of the best.

In its seventh year and presented by FUNDarte, artists aren’t shy to say they jump at the chance to be part of the week-long series of music, theater and dance events, taking place this year in locations in Miami Beach and Miami.

The brainchild of Robert Rosenberg, the founding director of the Miami Gay & Lesbian Film Festival, the idea of the gay live arts festival was a perfect fit for FUNDarte, a Miami performing arts organization, according to Ever Chavez. The founder and executive director of FUNDarte says that it was an opportunity for his organization to “showcase what gay artists – both from the U.S. and abroad – were doing out in the world.”

Chavez is quick to point out, however, that the South Florida gay, lesbian, bisexual, transgender and queer contemporary performing arts festival isn’t interested in attracting just the LGBTQ community. “We are presenting this for everyone,” he says, which is why this year’s acts are “Spaniards, Latinos, Anglos and African-Americans. This is a way for us to engage all communities.”

Out in the Tropics, which runs from Wednesday to Saturday, is more week-long series than performance festival since there are panels, workshops, master classes and artist talks, along with live shows.

“We’re not only presenting performances, but hosting many workshops that are free and beneficial to the community,” says Chavez.

Toshi Reagon and her band BIGLovely kick off the live performance side of Out in the Tropics on Thursday inside the Gleason Room at the Fillmore Miami Beach. She’s bringing a four-piece version of her band instead of “the giant version.” She’s masterminding an environment that’s “congregational,” although she jokingly reveals she wasn’t ever much of a churchgoer. But the congregational vibe of her show gets audiences to participate in a way that she says is vital to what she believes OITT is all about. “This is how they’ll get inspired to go out into the world and challenge what’s going on.”

Reagon grew up around artists who used their music to be influencers. Her mother is Bernice Johnson Reagon, founder of Sweet Honey in the Rock and co-founder of The Freedom Singers, a folk group that sprung out of the Civil Rights movement (not to mention that she is folk activist Pete Seeger’s goddaughter).

“I really learned early on that there are no limitations in terms of what was possible and that was very important.”

She was approached a few years ago by Chavez to play Out in the Tropics, but the scheduling didn’t work out until now. “We always wanted Toshi to be part of the event because most of the performances through the years have been by Latino artists. With Toshi, we have a chance to showcase someone who is a voice for so many people,” he says.

Other performances include Spanish theater company La Saraghina de Stalker, choreographer and dancer Juan Carlos Lerida from Seville, Spain, presented as a double bill with boundary-breaking artist Belen Maya, all inside the Gleason Room. Maya will also present a free workshop, which is open to the public. Queer Flamenco with artist/scholar Fernando LR Parra is at the Miami Beach Botanical Garden.

For the first time, Miami’s MicroTheater has jumped on the OITT bandwagon and is presenting “Out of the Container,” a series of 15-minute plays with LGBTQ themes from through July 10 at its location at 1490 Biscayne Boulevard.

Chavez jokes about how popular being part of OITT has become with performers. “Artists want to be included. People are coming out of the closet to be part of the event. But we aren’t here to preach about gay issues; this is an inclusive, performing arts event for everyone.”

Note: In light of the tragedy that took place this weekend in a well-known gay club in Orlando, Out in the Tropics can remind us again that art and culture, in times of deep sorrow, can help heal and unite us. “What happened in Orlando not only affects the LGBTQ community, but it should matter to all communities. This showcases how vulnerable we still are. We are all humans,” said Chavez.

FUNDarte has “decided to donate 50% of our ticket revenue for Out in the Tropics to the victims of the Orlando shooting. [It’s difficult] as a small organization to make events like this happen, but we firmly believe that if we do not become part of the solution, there is really no point in all the effort that goes into creating socially conscious programming. In order for this to work, we need to make sure the community comes out and really supports the program.”