On Your Feet!’: The Rhythm of a Life 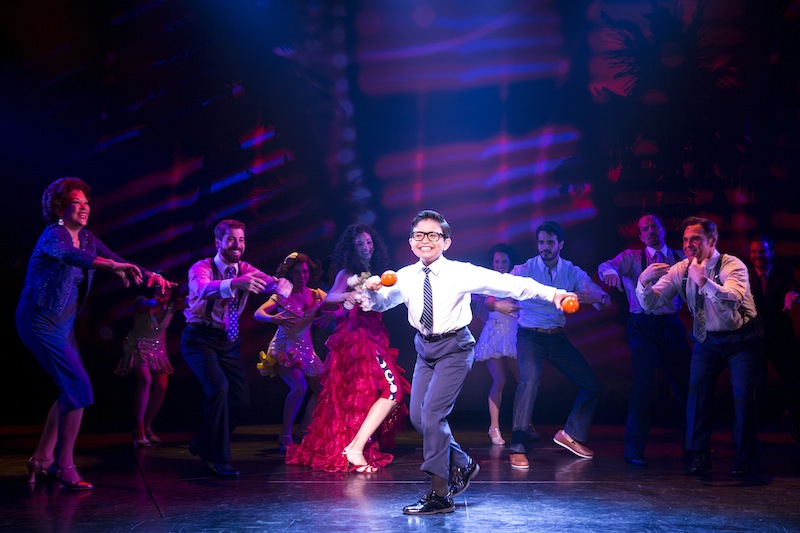 The songs are familiar; the love story is also familiar but made fresh in “On Your Feet!,” the musical biography that comes to Miami this week. The narrative of Emilio and Gloria Estefan meeting, falling in love and creating a long-lasting partnership — both professional and personal — is told through the music and songs they created and successfully presented to the world.

“On Your Feet!” enthusiastically does what Broadway excels at, telling a good story, and one filled with the immigrant experience, adversity and conflicts, along with the musical movements of an era.

The exuberant piece is inherently about the music and dances of Cuba. Its upbeat choreography reaches back to the island and the story of salsa, which some say originated in the city of Santiago de Cuba, from Cuban son and other styles like cha-cha-cha and mambo. Salsa is a combination of Spanish and Afro-Cuban (and Afro-Caribbean) musical elements, both in terms of rhythm and the instruments used, such as the guitar and drums. Both the dance and music of salsa became wildly popular in New York starting in the 1970s. These dance floor hits and ballads made Gloria Estefan and the band Miami Sound Machine a radio and MTV favorite in the 1980s.

“There is a strong connection between music and dance in Cuba,” says Neri Torres, founder of Ife-Ile Afro-Cuban Dance & Music. Torres created choreography for the Estefans’ tours, which she says offered an opportunity to showcase Cuban dances, “which is embedded to our culture,” to an international stage.

The energizing choreography in this case for “On Your Feet!” is the work of Olivier-Award winner Sergio Trujillo, of “Jersey Boys” fame. It engages with its speed, turns, lifts and dips within the context of salsa. “On Your Feet!” is vibrant, riveting and uplifting – much needed these days when every morning seems bear more bad news.

“On Your Feet! also offers up a bio-drama surrounding the music industry and the obstacles the Estefans’ had to overcome in taking their music to a wider audience. It’s hard to understand now how such songs as “Rhythm is Gonna Get You,” “Don’t Wanna Lose You Now,” the iconic “Conga,” and so many others would not be considered cross-over hits at the time.

And then there were the personal obstacles. Miami and the rest of the world danced along with the Estefans until a tour bus accident almost silenced the music. A somber segment is poignantly shown by a dream ballet sequence to the song “Wrapped.” This falls into Broadway’s common use of dream ballets to bring gravity to a segment – for instance in “An American in Paris”and “Carousel.”

“On Your Feet!” is a musical that resonates with a generation and especially with Miami, its rhythms and dance evoking a nostalgia for a time and place, helped out nicely with sets that conjure images of an older Miami and even older Havana. Yep, it’s likely “gonna get you.”