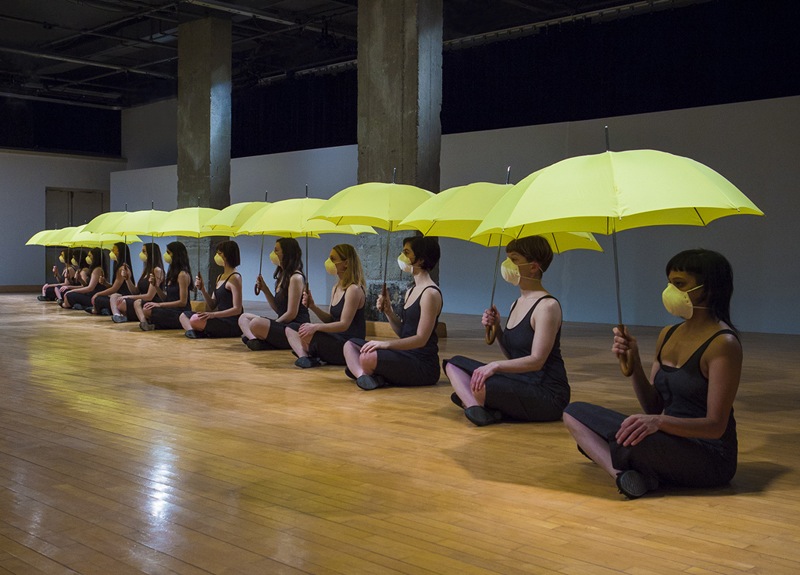 Okay, it may still be a stretch to call Miami the artsy-est city in the United States as some news outlets have proclaimed. But we are no longer that sleepy provincial town, even in summer.

And artist and chief curator of Edge Zones’ Miami Performance International Festival (M/P16), Charo Oquet, intends to shore up Miami’s new artistic prominence by presenting the festival’s most ambitious line-up yet. From Thursday through Sunday, Miami will host 37 different works representing 17 different countries in five locations throughout the city and in three artistic genres — performance art, video performance and noise.

Despite funneling so much energy towards international programming, Oquet still views these festivals from the perspective of a Miami artist. “I am always thinking about what is great for Miami and what is great for the artist…The paradox with performance art [as compared to more permanent visual art] is if you don’t do the performance, then you just don’t do it. It is very important for us to give artists the opportunity and the venues to practice their art.”

Oquet can only achieve these goals by drawing in audiences, and she does this by re-inventing the festival yearly. This year’s festival includes performances in a new genre — noise. When we think of sound performance we tend to think music. However, Oquet thinks outside this box. For Oquet, noise performance “is like opening a window or door to something we would not usually consider beautiful; for instance, the sound of rain and the wiper against a windshield during a sudden summer storm while locked in traffic on I-95.”

At a noise performance, someone might begin by banging on drums and then move on to tapping rhythms out on plates. Such a performance makes sound with things that, to Oquet, recalls how kids pound out beats with pots and pans: “With noise performance it is almost like the child in you can all of a sudden come out and play, and it is usually very loud and physical, affecting your body – you can feel it!”

Edge Zones has a strong reputation for supporting performance art by LGBTQ artists and this year’s festival includes several pieces by artists who have long shaken off hes and shes for they. Among the local artists is the cross-dressing group Jan & Dave — a husband and wife couple who perform by dressing as two women who play music while cooking food.

Where some locate a tension between performance art’s spontaneity and the fixity of film, Oquet sees video extending the possibilities of performance. Sasha Hube — a Swiss-Haitian video performance artist working in Helsinki — is a good example of this. In her work Haiti Cherie, Hube, dressed in red, populates a snow-covered field in Finland with rows of her making angels in the snow until the number of bodies in the field equals the count of victims in Haiti’s devastating earthquake. Oquet explains this piece could not have happened without the medium of film because it is the same person, Hube, who makes all the snow angels.

Only a decade ago Miami’s art world bunkered down during the summers to wait out the storm season and for the snow birds to stage their October return. But organizers like Oquet want to keep our growing cultural scene in the news, not just locally but nationally and internationally.