New World School of the Arts Celebrates a 30 Year Anniversary 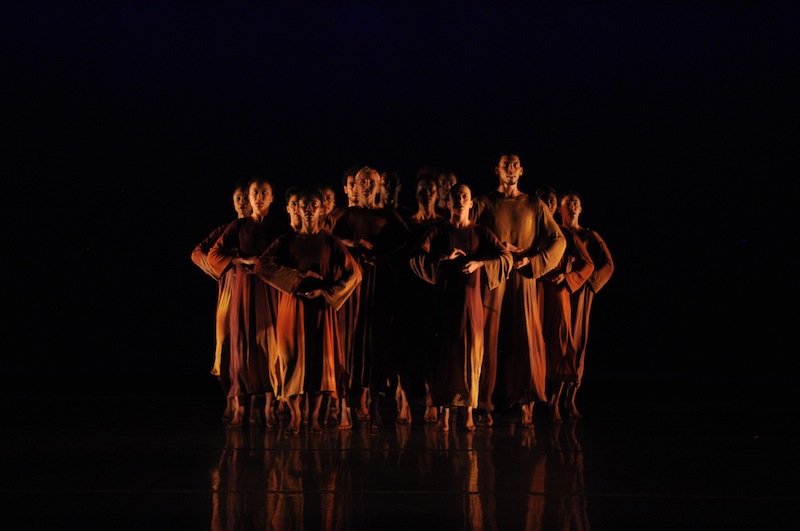 For many people it’s hard to imagine Miami without a vibrant art scene, but in 1987 Miami was just beginning its journey towards becoming a major hub for the arts, and New World School of the Arts ( NWSA ) played a pivotal role in this transformation. Friday, the New World Dance Ensemble presents a program celebrating this milestone anniversary.

Mary Lisa Burns, Dean of Dance, has assembled an extraordinary group of dancers and choreographers to honor the achievements of students and faculty members associated with NWSAthroughout the last 30 years. “We are fortunate to have a network of alumni — it’s a pleasure to invite them back to perform,” says Burns.NWSA has an impressive list of alumni including Robert Battle, Artistic Director of Alvin Ailey American Dance Theater. Battle, who grew up in Miami’s Liberty City neighborhood, is presenting Mass, which was created at Juilliard in 2005 and is set to a score by John Mackie.

Reached in Europe, where he is on tour with the Ailey company, Battle says “Miami isn’t just home for me; it’s the place that Ailey first came into my life. I was 12 years old when Alvin Ailey American Dance Theater performed at my school in Liberty City, and my life was forever altered. I saw dancers who looked like me and were from diverse communities overcoming their challenges and living out their dreams through performance. I realized that this was my calling.”

Burns is in her sixth year as dean. In speaking of her position, she says she is

“ fortunate to have inherited this outstanding program.” The dance division of NWSA was founded and developed by Daniel Lewis in 1987. At that time jazz and ballet were the main forms of dance in South Florida. Lewis changed that by focusing on modern dance. He explains that NWSA is distinct from other performing arts schools and universities in that it is “ truly a conservatory from high school to college.” His vision, he says, was to create a “school that would be around for a long time.”

Lewis remembers NWSA first dance performance (in 1988) as being held in the former Diamond Center in Miami. “We had to set up chairs.” This performance saw the debut of the New World Dance Ensemble.

NWSA grew out of PAVAC (Performing and Visual Arts Center). The school was formally created in 1986 by the New World School of the Arts Act of the Florida State Legislature as “centers of excellence for the performing and visual arts.” At the time Florida was experiencing a talent drain and was losing talented young artists to other areas. The state legislature wanted a school “to keep Florida artists in Florida,” explains Lewis. NWSA awarded its first high school diploma in 1988 and the first graduating class of the college was in 1992. Lewis continued to build up the dance division including the creation of the Miami Dance Sampler in the early 1990’s. The Sampler continues to this day and presents local companies to the community.

Lewis’s vision in now in its 30th year. Burns says her vision is to “continue the tradition of excellence… continue to work on behalf of our students.” Two alumni, Ashley Anduiza, who was trained at NWSA and danced with Ballet Hispanico, and Joshua Winzeler, who received his BFA in 2011 from NWSA, will perform in William Whitener’s, Tito on Timbales, a tribute to musician Tito Puente.

NWSA curriculum is modeled on Juilliard’s. Burns says it’s to “prepare our students to enter the professional world of dance as it is revolving.” As for those who decide against a professional dance career “the study of dance at a high level serves them well, no matter what they go on to do,” explains Burns.

Included in Friday’s program is Caught in the Currant, with choreography by Lara Murphy, a high school graduate of the school (1989) and an adjunct faculty member. Solo Bach brings in Bessie Award-winning choreographer Jessica Lang and Miami native John Harnage, who studied at NWSA and graduated from The Juilliard School. He is currently a member of Jessica Lange Dance. The Nutcracker (Spanish Dance) will make an early appearance and is staged by Lara Murphy and Ruth Wiesen, who received her BFA from NWSA ( 1996) and in now an adjunct faculty member at the school.

Thirty years ago Lewis built an institution and Burns continues to add to it. NWSA is a place for aspiring artists to nourish and develop their craft guided by knowledgeable and caring hands. Dance is ephemeral; NWSA is not.