New Expectations and Definitions of Dance 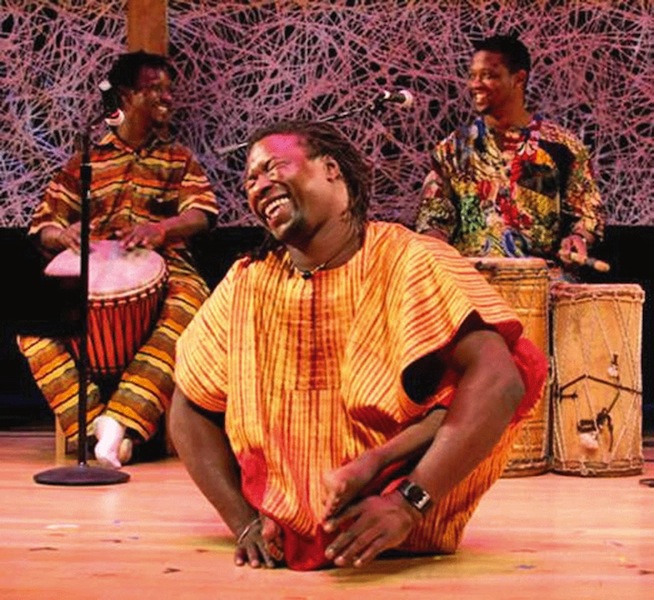 Many of us can recall the iconic image from the recently completed Rio Paralympics and the match between two world-class fencers, anchored in wheelchairs, torsos thrusting backward and forward to avoid the thrust or score the touch.

For Francine Andersen, Chief of Arts Education for the Miami-Dade County Department of Cultural Affairs, just as these athletes have reset our expectations for world-class international competition, the performers of A New Definition of Dance will do the same for dance for the students, artists and audiences of Miami-Dade county on October 25and 26 at the Joseph Caleb and Miami-Dade County auditoriums.

Now in its second year, Andersen has watched how department-sponsored programs like A New Definition of Dance “inspires kids with and without disabilities to be their potential and not to fix limits on what they can achieve.”To accomplish this the department has partnered again with VSA Florida, Culture Shock Miami and the New World School of the Arts to bring internationally acclaimed touring artists with different kinds of disabilities for a two-day series of dance workshops, demonstrations and performances.

These performers include Hai Cohen, who, when a swimming accident left him paralyzed from the chest down, invented a new dance vocabulary with the cutting edge Israeli company Vertigo Dance.The choreographies generated by Cohen and his classically trained partner, Tali Wertheim, emphasize unusual points of contact between the back of hands and feet and include one signature movement where Wertheim palms Cohen’s head as he circles below her. One choreography sees the two wrestling their bodies into a tight knot on Cohen’s chair that bursts open as Wertheim leaps outward with a great extension of torso and arms, anchored by Cohen below.

Another international performer includes West African dancer Sidiki Conde, who at the age of 14 lost the use of his legs from polio. Conde encountered early on the negative effects of prejudice toward the disabled when some of the superstitious in his village wanted to banish him. His response was to master the Guinean rite-of-passage dances using his hands instead of his feet.

In 1988 Sidiki brought his unique approach to dance to the United States where he formed the Tokounou All-Abilities Dance and Music Ensemble, whose dance choreographies replace feet and legs with hands and arms to the accompaniment of West African drum rhythms.

Among the organizers of the 2016 New Definition is the non-profit VSA Florida, an organization that promotes programs for people with disabilities throughout the state of Florida. VSA Florida organized the first New Definition of Dance program last year at the University of South Florida and its success led VSA’s Executive Director Jennifer Sabo to take this year’s program on a three-city tour from Jacksonville to Tampa with Miami as the final stop.

Sabo admits that the bureaucratic hurdles can be intense when arranging visas, booking travel and accommodations for so many internationally-based dancers.

Sabo then adds, “But it’s all worth the effort. I get to see a little boy in a wheelchair who has never danced in his life get out of his wheelchair and join someone like himself in the middle of the performance floor, or a little girl with braces getting out on the floor because she sees these dancers and says to herself, ‘I can do that.’”

A New Definition of Dance, Oct. 25 and 26, offering both workshops and masterclasses with many open to the public. For more information and to register to attend the Miami workshops or masterclasses, visit: http://www.miamidadearts.org/education/vsa-floridas-new-definition-dance-miami or call 305-375-5024.