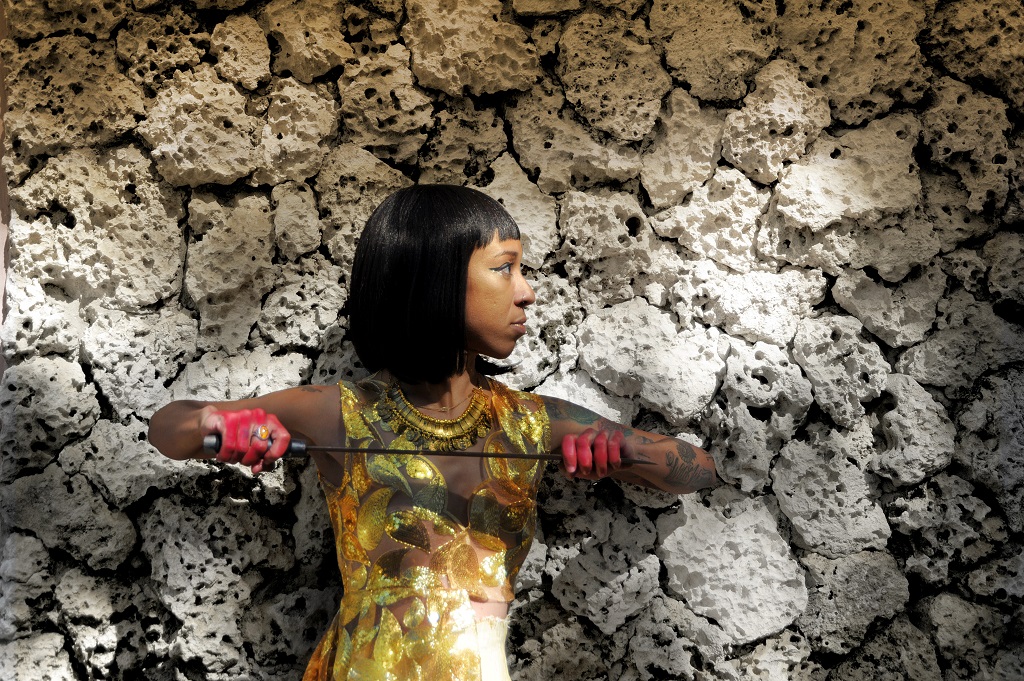 When “Moonlight” won an Oscar for Best Picture, Miami got a boost of pride. Not only was the film set in Miami, but it was also widely recognized as an artfully-rendered film co-written by two artists from Liberty City: director Barry Jenkins and playwright Tarell McCraney.

McCraney has seen the light of success. He’s been honored with the MacArthur “Genius” Grant, recruited to work with England’s Royal Shakespeare Company and appointed chair of playwriting at the Yale School of Drama. Currently he’s working on an upcoming series for Oprah Winfrey’s network. Yet he never left his hometown behind.

Two years ago, he proposed a project for Miami called the 305/One Festival to celebrate local performing artists. He won a Knight Foundation grant to set it in motion. And now, despite being deep in production for his new series, McCraney has put in the hours and the effort to see the festival through to its completion.

This weekend, the 305/One Festival takes the stage. It will be held at the Black Archives Historic Lyric Theater Cultural Arts Complex, more casually known as the Lyric Theater, in Overtown. The event is free and open to the public.

“The festival is almost a love letter,” says producer Jason Fitzroy Jeffers. “It’s funny to say that, because I feel like all he does is show this city love — but it’s born out of his desire to celebrate the performance art community that he came from, that nurtured him, that ushered him into the life that he now lives.”

McCraney has a particular fondness for solo performance, the main theme of the festival. “Almost every major artist who has roots in Miami has a solo performance somewhere in their back pocket,” he says. “It’s the thing that allows them to practice and sharpen their skills.”

He has observed over time that solo performance serves a specific purpose in Miami’s creative environment.

Here, artists must either produce work for very large spaces like the Adrienne Arsht Center, or intimate spaces like Miami Light Project’s Light Box. The challenge is primarily an economic one.

Large projects for a space like the Arsht require large budgets and a lot of people. “In terms of the scrappiness that is the Miami theater and performing arts scene,” McCraney says, “it’s really difficult to get enough access to money to make that kind of work.”

On the other hand, scaling down a piece for a small space poses a different set of problems. “It’s a smaller theater, a smaller audience,” he says, “which means you have to jack up the prices in order to keep the people coming back, in order to pay everybody involved. So what do Miami artists do but adapt?”

Thus, the solo performance comes out of necessity. An artist can continue to make work at an economically viable scale, a scale of one.

McCraney rattles off a list of who’s who in Miami performance: Teo Castellanos, Rudi Goblen, Rosie Herrera, Hattie Mae Williams, Loni Johnson and Yara Travieso, many of whom are showing work at this weekend’s festival.

“You name that artist and they’ve got a solo performance art piece that’s either helped establish them as an artist or helps them practice what they love to do.”

He recalls being blown away by solo pieces in Miami throughout his life, going all the way back to age 11 or 12. But he has seen so many local artists either move to other cities where they can sustain themselves with their creative work—or quit altogether.

The 305/One Festival gives due attention to solo performances and the people who make them. “It’s a moment where artists in Miami get to communicate with each other through their work,” says McCraney.

The program includes early, mid and late career artists living and working in Miami, or who maintain strong creative ties to the city. A noteworthy addition is poet and activist Aja Monet, who recently gained visibility as a co-founder of the Maroon Poetry Festival.

305/One also showcases new voices. A group of young women from the Youth Artist Leadership Summer Program, founded by McCraney and held at the African Heritage Cultural Arts Center, just finished training in a three-month workshop series with the festival performers.

Audiences will have the opportunity to see how the creative approaches and social missions born in the Miami community are taking root in a new generation.

Beyond the stage, the 305/One Festival promises a full afternoon entertainment with courtyard performances from DJ Le Spam and DJ Kumi, food trucks, and more. While there is no cost to attend the performances, you must RSVP online to reserve your seat.

Photo: Hattie Mae Williams is one pf the performers at 305/One Festival.