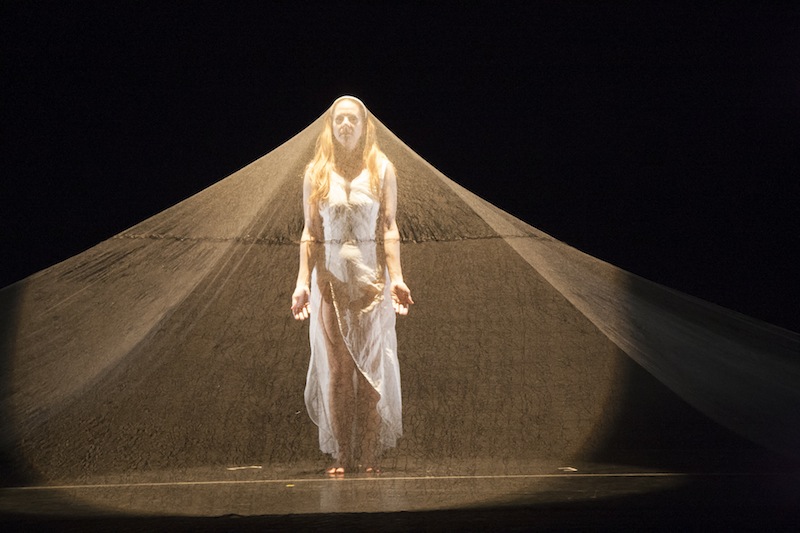 Celebrating 35 years is an amazing achievement for any dance company in Miami, but especially one founded in a decade better known for its ties to drugs than to the arts. Momentum Dance Company has survived the waves of growth and change experienced by Miami as it slowly grew into an international city. This weekend it will commemorate that anniversary with a program that reveals the expanse and depth of works created by Delma Iles, Momentum’s founder and artistic director.

On the program are pieces that span from Momentum’s inaugural performance in 1982 to thepremiere of a newly created work. The company has withstood the test of time and showcase a thoughtful and impressive body of work.

Handel Concerto is the introductory dance on the program and is filled with elegance, beauty and joy. It debuted in the first concert presented by Momentum in 1982. “It’s what you do when you’re young,” says Iles of the choreography. “You’re in great shape … you respond to the music.” The piece will be performed by the youthful members of Momentum. As Handel’s music pours forth in canons, it’s echoed by the movements of the dancers; time washes away as this piece is just as fresh now as it was in 1982.

Gears shift for Monkeybone, an intriguing work of two women playing men. Its dark humor is accompanied by a psychological mind game. Iles takes us on a journey into a murkier side of humanity — the “play” is all too real.

Shadows and Accumulations II is a work whose focus is on form. Iles describes it as “very structural… two dancers accumulate and de-accumulate; they are shuffled together like a deck of cards.” This post-modern work is performed in silence, with the dancers having to be keenly attuned to each other. They weave together, peel off, gather again in a pattern which repeats. Are we watching two people trying to connect or two people trying to find their own identity? “People read all kinds of things into it,” explains Iles.

Dido, presented last season, makes a welcome encore to the stage. Shrouded in a black veil, Barbie Freeman is Virgil’sscorned queen. “The piece personifies what happens to people over and over again,” says Iles. Freeman makes powerful use of the veil; her grief seems to extend beyond the finite boundary of the material. The dance is set to Henry Purcell’s opera Dido and Aeneus.

When Iles founded her company in 1982, there were few professional dance companies in Miami. Most are no longer viable. The landscape has changed tremendously since then. As Iles explains, “Miami [today] is a whole different world… I could go to every dance and performance then — today I can’t keep up. “

Momentum has nourished many dancers who have gone on to dance in other companies, teach or form their own companies. Such is the case with Hannah Baumgarten, who performed with the company from 1996-2001. Baumgarten (along with Diego Salterini) is the founder and co-artistic director of Dance Now! Miami. Baumgarten speaks of Iles commitment: “She believes in the tradition of modern dance.”When they decided to start Dance Now!, Baumgarten says Iles“did everything to help us get our company started. She believed in us.”

On this day in the Carrie Meek Community Center, where Momentum holds rehearsals and provides dance classes to local children, the dancers complete a smooth run through the five pieces on the program. Iles calls them one of the strongest group she has ever worked with. They are relaxed with each other and speak of the strong sense of collaboration and friendship within the international troupe.

Gold Falling Through Water, the last work on the program, is making its premiere this weekend, set to French composer Gabriel Fauré’s Sonata # 1 and played by guest artists Dr. Alan Ngim and Anne Chicheportiche. Within this Romantic score are a range of emotions. Iles notes that it’s one of the most difficult pieces of music that she had ever worked with. “It’san emotional roller coaster.” The dance deals with love, death, beauty, ugliness and implied violence.“It’s the kind of work you make when you’re older.” And with 35 years of experience.“You have the confidence to be more chaotic,“ Iles explains. Much like Miami.