Momentum and the Dance Festival 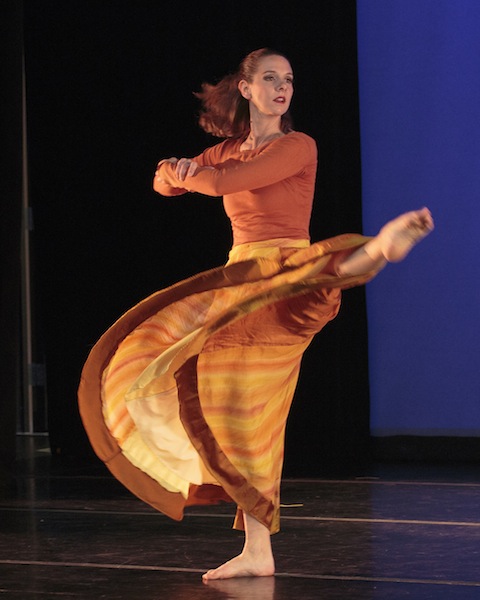 When it comes to dance, Miami may not have reached its apex yet in ways other cities have, but it has had momentum. As in the Momentum Dance Company, which has spear-headed the vibrant Miami Dance Festival, now entering its 11th year. From Thursday through May 15, a variety of bold and innovative dance works by local companies such as Momentum itself, Ballet Flamenco La Rosa and special guest stars The PGK Dance Project from San Diego, will take to the stage in different venues across Greater Miami. Poetry, music, film and dance criticism will also be featured in this year’s fest, which originally surfaced as a way to simply get more people exposed to works by local dance professionals and to highlight dancers.

Delma Iles, choreographer, dancer and founder of Momentum Dance Company 32 years ago, along with members from other local dance troupes, decided to join forces and create the Festival in 2003. “Our dance community has changed a lot in recent years,” says Iles. “At the time [of the Festival’s foundation], many people did not understand the value of working together. But I think we have matured a lot since then, and many artists understand that we’re really better off banding together rather than isolating ourselves. It’s very different now.”

So this year’s show will feature dancers and audience members interacting through poetry, a panel discussion on dance criticism, the screening of the movie Fame, and a new water ballet to round up the festivities.

“We like the festival to have a very diverse selection of things that will appeal to different people,” explains Iles, who was born in Texas, studied in New York City and in Paris, and coordinates the dance program at Miami-Dade College’s Wolfson Campus. “People always talk about appealing to different ethnicities, but I think it’s important to appeal to different age groups, too. And income levels.”

That’s why, for example, the opening event, a family friendly pop-up performance by guest company The PGK Dance Project, is being held at the Midtown Shopping Center for free. “This is to reach people who might never buy a ticket nor go to the theater,” says Iles, “but could enjoy it in a setting where they’re comfortable.”

PGK Dance Project founder Peter Kalivas is an expert at this sort of performance, presenting in alternative spaces and running his own dance festival. A New Yorker whose Greek family settled in Tarpon Springs, and who moved to California almost a decade and a half ago, Kalivas has worked in Florida over the years in various capacities, including teaching master classes at the New World School of the Arts.

“Delma’s festival is much bigger than mine. My festival is only three days long; however, it’s very, very dense,” says Kalivas from California. “Personally, I’ve performed before in Miami, and so I am very familiar with the arts and culture vibe and scene, especially with the dance community, which is very vibrant. That’s one of the reasons why I am particularly excited about bringing my company to Miami, because it is a really good dance town.”

A town where, he adds, “people have a dramatic appreciation for dance, of all different styles, and a respect for very good dance. I don’t do dance as a competitive dance form. I’m not interested in that. I’m interested in being with my people. Dance people and people who enjoy dance.”

Not surprisingly, Iles applauds that philosophy. “My work is quite different from his, but we have in common how we view dance, how we view the role of dance in society, and how we like our companies to function within our communities.”