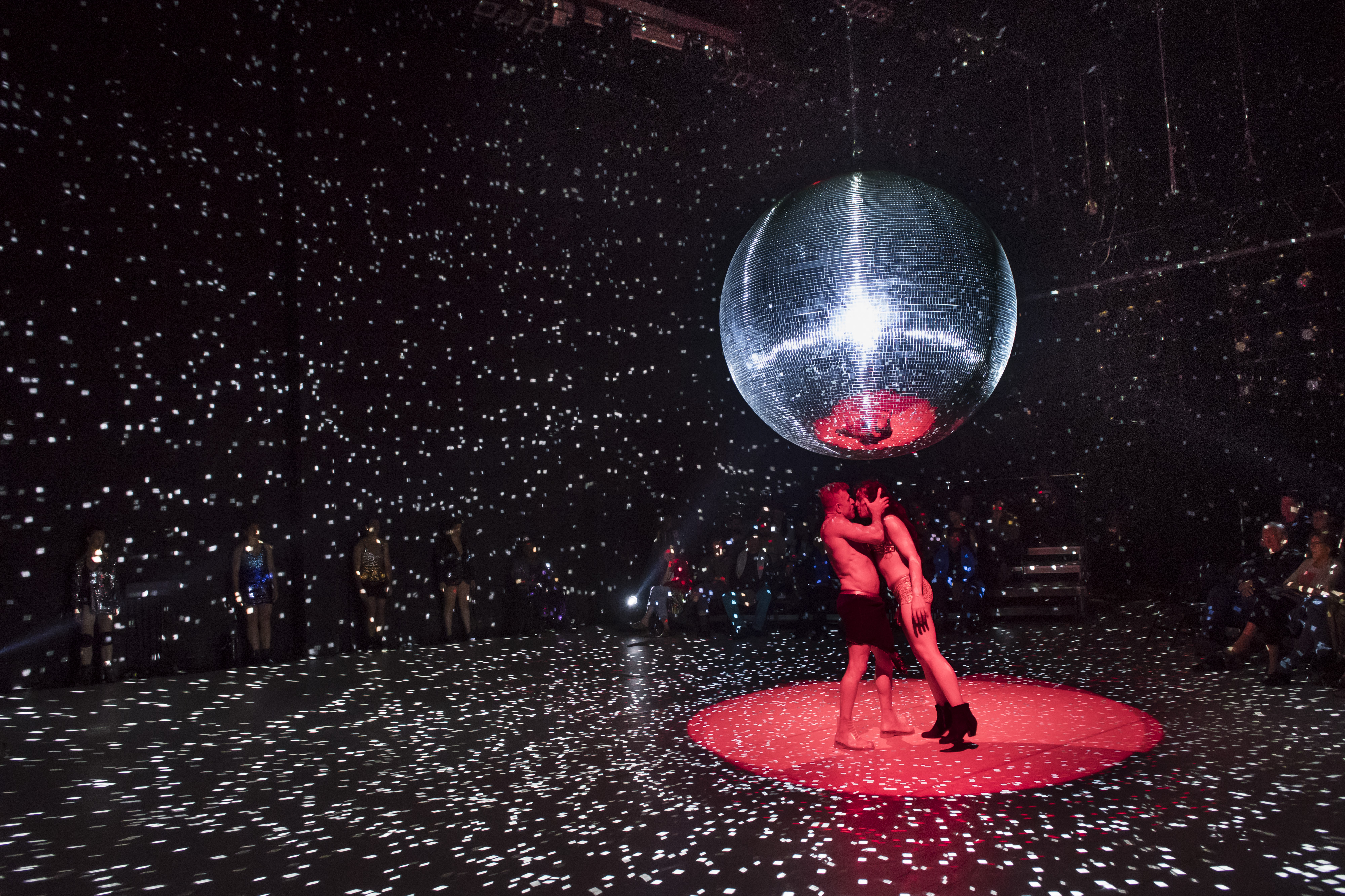 Respond!” bellowed Hector Machado, cutting an awesome figure with nose-ring, braided red hair, one hand clutched on the arm of his wheelchair, the other gripping a megaphone in the Miami Theatre Center’s Sandbox Theater in Miami Shores.

Startled by the megaphone, a young woman on the street shyly peered through the storefront windows on NE 2nd but Machado held focus, half-scatting, half-slapping out a rhythm on his chest. He then paused, intent on Niurca Márquez. In high-heeled flamenco taps, she stamped out Machado’s sequence of syncopated rhythms. Then she began to improvise, riffing a new pattern of her own.

Furious, he wheeled at her, bellowing into the megaphone, “Respond!” First Márquez ignored him, like someone absently admiring butterflies during an air strike. Then she pulled off her shoes and offered them to Machado. As if slapped Machado snapped his chair away and called out a new command- “Regroup!”

Lizze-Lotte Pitlo, June Romero, Frank Campisano, Kayla Castellon and Márquez lined up against the back wall. Machado launched into a chant – “reflect, regroup, reinforce, redeem, reset, remorse” – at each the five dancers flashed a new pose, reversing positions, placing hands on hips or turning their shoulders inward like muscle builders.

This sequence from the Pioneer Winter Collective’s 2018 work, “Reprise”, suggests why Dance Magazine recently named PWC as one of 2019’s top 25 national companies to watch. A series of vignettes, “Reprise” explores issues of gender, color, ethnicity and power. It headlines PWC’s October 23rd and 24th program, “Allied Bodies,” at the Miami Dade County Auditorium when PWC will team up with Jacksonville Dance Theatre.

Often a dance rehearsal has a spoke and axle feel where dancers circle the choreographer’s approval. Here the energy snakes the room, full of back and forth exchanges between the dancers as they negotiate the performance.

That collaborative synergy is due in part to choreographer and dancer Pioneer Winter himself. All in black, restlessly intelligent and warm, he explained to Artburst that the Collective aims to democratize performance. PWC shows how those on the margins – the so-called “deviants” – possess a power, knowledge and information that is often overlooked. For Winter, each of the vignettes of “Reprise” speak to issues of queerness and invisibility. Queerness, explained Winter describes, “how some people whisper and you do what they say, and some people shout and they’re not heard.” He then added, “That’s about power.”

One quality the PWC dancers exhibit is an incredible diversity of able-bodiedness, age, ethnicity and gender expression. They also share well thought through approaches to their roles. When asked about his take on “Reprise”, Campisano – a muscular, classically trained dancer who nearly gave up dance due to age – summed up his role in “Reprise”: “it is about the battle we have breaking out of the silos we put ourselves into, and the beauty we create breaking free from them.”

The striking visuals and viscerals the Collective generates have recently drawn increased attention and, with that, increased financial support. Winter admits to feeling relief at the success, since supported by grants from the New England Foundation for the Arts and the Map Fund, the PWC dancers will be paid as they develop the Collective’s newest work – “Birds of Paradise” – slated to premiere October 2020 at the Arsht. 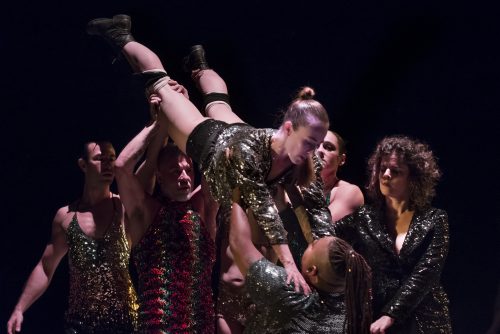 In line with the theme of “Allied Bodies”, the October program also includes two collaborations with dancer/choreographer Rebecca Levy and the Jacksonville Dance Theatre. The evening will feature the Miami premiere of Levy’s work “Body” and a world premiere of “Better”, choregraphed on JDT by Winter.

Levy explained by phone how “Body” originated with a letter by someone who spoke unfavorably about how a JDT dancer looked – not how they danced – but how they looked. Levy explained: “I identify as a cis-female. I feel like, as a woman, people are always looking. Now as a choreographer and dancer I also expect them to look but what am I asking them to look at — the dancer’s body or the craft and creation of something beyond the body?”

“Body” begins with this experience of body shaming but then moves on to dissect the body. The piece is composed of vignettes devoted to the blood and muscle, aging, the mind, DNA, and bones and teeth.

The October program closes with “Better”, which both Winter and Levy describe as a work in progress. “Better” grew from a summer collaboration between the two companies when Winter traveled to Jacksonville to develop the new piece with the JDT dancers. “Better” investigates the negotiations, hesitations and sudden forward motions that often accompany the experience of collective action.