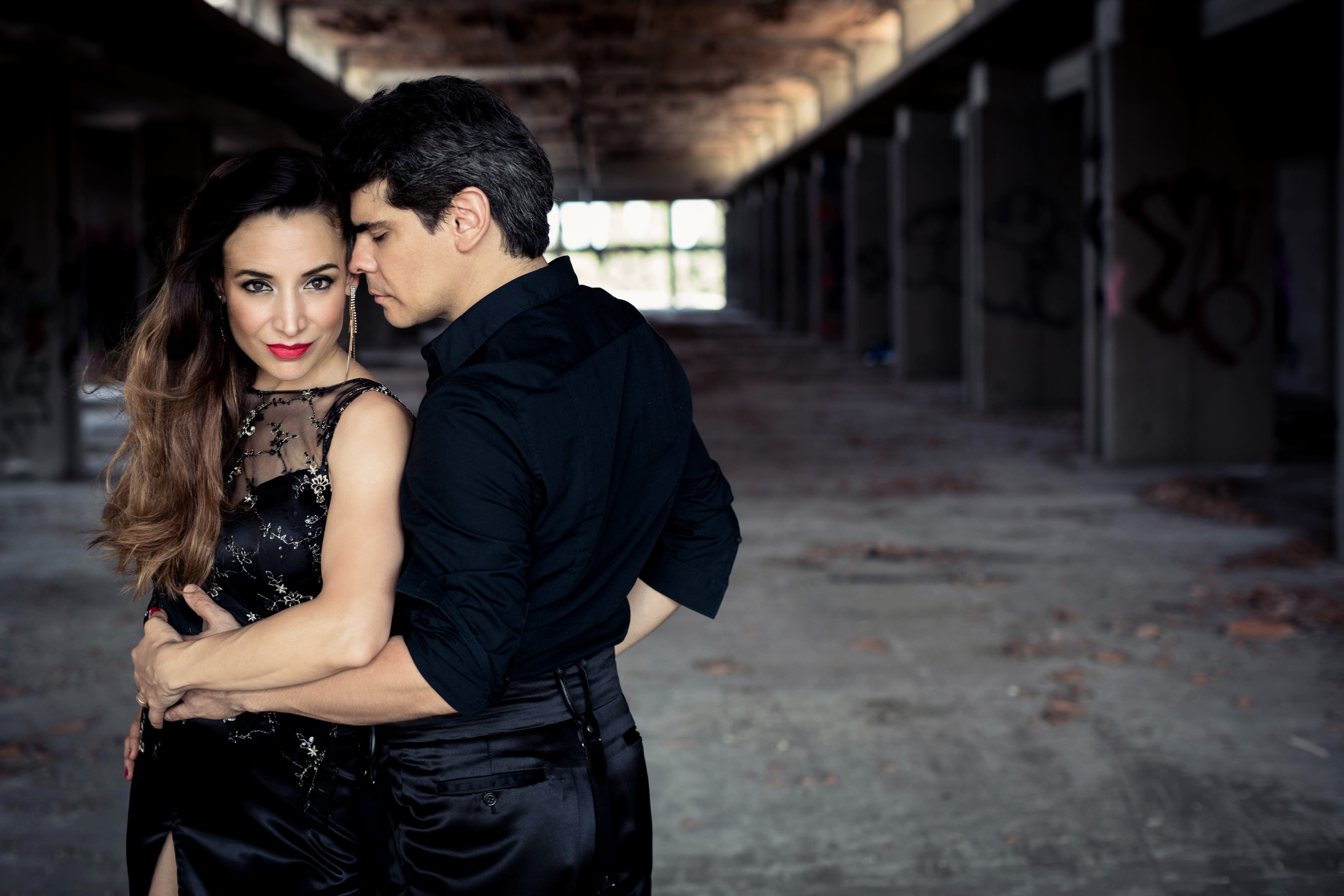 Alejandra Hobert and Adrian Veredice will be featured in the Miami Sunshine Tango Festival. (Photo courtesy of Michele Maccarrone)

Some of the world’s best Argentine tango dancers and musicians will converge on Sunny Isles Beach over three nights to recreate the flavor of an authentic Buenos Aires “milonga” (dance gathering) – but with a Miami twist.

“If we were doing this in Buenos Aires, we would hold the festival in the middle of the city,” says Mariano Bejarano, organizer of the Miami Sunshine Tango Festival. “To bring tango to Miami has to be done in the Miami way. We want to mix in the beaches and Miami’s Caribbean vibe.”

The festival, from Feb. 21-23 at the Ramada Plaza By Wyndham Marco Polo Beach Resort, will feature tango classes, poolside practices and beachside milongas.

While growing up in Argentina, Bejaraon hated tango, he says, but was immersed in its culture.

He caught the tango bug after moving to Miami where he started to dance, teach and organize events promoting the art form. With the large number of Argentines that call South Florida home, Bejarano holds high hopes that tango could really take off here.

“Because of the Latin culture here in Miami, Miami could be one of the main cities outside Argentina where tango is danced and performed,” he says.

But first, he has to attract new audiences and young people to an art form that presents itself as foreign, stiff with tradition and out of touch. For that reason, Bejarano has invited performers with a proven track record for connecting with young people and international audiences.

Among them is La Juan D’arienzo orchestra, whose name recalls one of the most famous Argentine tango composers. As a band leader, D’arienzo’s music energized night halls from the 1930s until his death in 1976.

As the orchestra’s band leader and principal bandoneonista (bandoneon player), Facundo Lazzari learned the accordion-style instrument from his grandfather, Carlos Lazzari, who originally performed with the famous D’arienzo.

Lazzari took up the instrument, “because I fell in love with this style of tango.” He had the chance to play with his grandfather for a year, and their time together was enough for him to forge a link with tango’s authentic tradition.

“It is a big responsibility to take care of our music and our legacy,” Lazzari says. “The name of Juan D’arienzo itself acts as bridge with the past and makes our sound unique.”

While dedicated to keeping this past alive, Lazzari also recognizes the need for tango to grow by connecting with new audiences, many of whom don’t speak Spanish.

“Our audience is not only Argentinian now, but from everywhere in the world, so this time we are going to play one tango in English for the very first time in Miami during our U.S.-Canada tour,” he says.

Of course, the immersive Buenos Aires experience also requires the world’s most prominent practitioners of the dance. Among those showcased in the festival will be Gustavo Naveira and Giselle Anne; Virginia Gomez and Christian Marquez; Manuela Rossi and Juan Malizia; and Alejandra Hobert and Adrian Veredice.

Hobert and Veredice call Miami home. When they are not traveling internationally to teach and perform, the couple live in Weston, where they raise their two young daughters and offer a tango class. They have been dancing together for 23 years, having first met in Buenos Aires.

“My [guitarist] brother plays in San Telmo, the neighborhood where we lived in Buenos Aires which is rich in tango tradition,” she says. “Though he’s two years older than I am, we both started playing and dancing at the same time.”

Meanwhile, Veredice started dancing tango while studying architecture – but it was not his first dance.

“I did folk-dancing before tango. But while I was at the university, I began listening to tango all the time,” he says. “Once I started to learn the dance, I transitioned to only tango pretty quickly.”