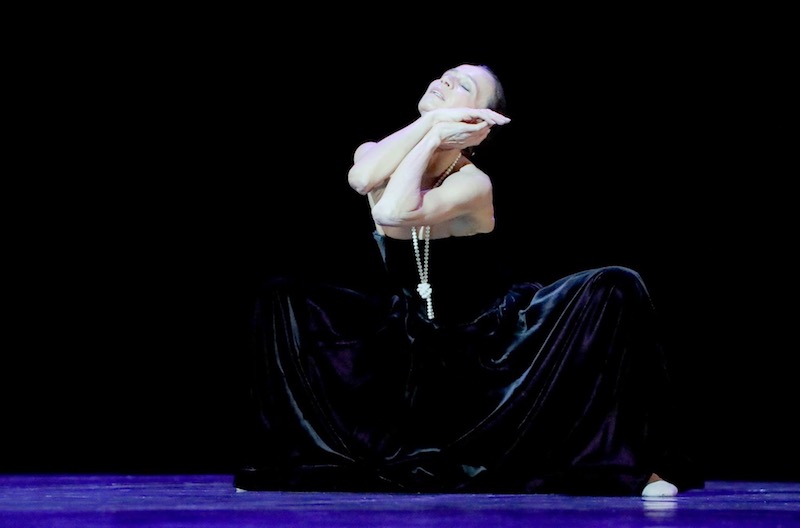 Dance lovers in Miami know that for the past two decades the International Ballet Festival of Miami (IBFM) has made the city in September a magnet for the brightest stars in the world of ballet.
The IBFM – now in its 22nd year under the leadership of Miami ballet icon, Pedro Pablo Peña — packs an incredible six nights of dance over three weeks from September 2 through September 30. Over the same period, ballet-related film showings, book signings and dance workshops occur in locations throughout Miami-Dade county from the Colony Theater on Miami Beach to the Light Box Theater in Wynwood.
The six dance programs include 15 companies from every part of the globe, including New York’s Ballet Inc and Miami’s own Dimensions Dance Theater of Miami to Milan’s Teatro alla Scala and the Staatsballet Berlin, to name only a few.
Dance companies make the trip to Miami because the IBFM showcases their newest works in the largest event of its kind in the U.S. This year’s festival includes a first-timer, the French company B’Compagnie, under artistic director Benjamin Munoz. At IBFM, Munoz will present his latest choreography Dance in Bach, where he says “the dancers expose their souls in a potent and intense choreography where technique and sensuality are married in 30 minutes of pleasure.”
Munoz explains the long trip to Miami is well worth the effort for this neo-classical company from Trèbes: “For a small company like mine, the IBFM represents a lot. I am very grateful to the festival for the chance to perform on an international stage while hoping that this will not be the only time we do so.”
Another star of this year’s festival is Miami’s newest dance company — Dimensions Dance Theater. Under the artistic direction of former Miami City Ballet stars, Jennifer Kronenberg and Carlos Guerra, the company will present its signature piece, Esferas, during the festival’s closing gala. In this pas de trois choreographed by Miami City Ballet dancer Ariel Rose, dancers connect, intertwine and experience three separate worlds of emotion — discovery, distress and serenity — accompanied by the haunting scores of Igudesman, Balanescu and Baranowski.
Echoing Munoz, Kronenberg explains the importance of the IBFM to a new company like DDTM: “We are proud to seize this opportunity, as a new local company, to delve further into our artistic representation of the city by presenting the work of a young, locally based, emerging choreographer.”
The engine behind the festival’s 20 years of growth is its founding director, Pedro Pablo Peña. Peña wears many hats in Miami’s ballet scene from principal organizer of IBFM to artistic director of the Cuban Classical Ballet of Miami. Collaborating with CCBM ballet master, Eriberto Jimenez, Peña will also unveil during the festival their newest choreography, Habaneras, set to the music of Cuban pianist and composer, Ignacio Servantes.
Describing the work Jimenez explains, “the piece is a tribute to Cuban women. In a series of pas de deux we present five different characters of Cuban women in a contest with a Cuban man whose only interest is making them fall in love with him.”
When asked to explain IBFM’s success, Peña immediately acknowledged the city itself and the special connection Miami’s Cuban culture has to ballet: “The audiences in Miami love classical ballet and this makes the city very different from other American and even European cities. … the people in Cuba strongly support the culture of ballet — both male and female dancers are supported in Cuba.”

UPDATE: Due to Hurricane Irma, the final performances had to be rescheduled, and there will be one final gala at Miami-Dade County Auditorium (2901 West Flagler St.). According to a spokesperson for the festival, “The Ballet stars all agreed to change their schedules to participate.”

The gala program shines with principal dancers from elite ballet companies from around the globe, including the Paris Opera Ballet, Teatro alla Scala, the Ballet Nacional Dominicano, Staatsballet Berlin, the Boston and Pennsylvania ballets and South Florida’s own Arts Ballet Theater of Florida and Dimensions Dance.

The gala includes ballet legends such as Delphine Moussin, former principal ballerina with the Paris Opera Ballet who will dance a homage to Maurice Béjart, director of the Béjart Ballet Lausanne until his death in 2007. For Moussin, “the choreography is a theatrical work on death set to Strauss where I dance the character of Madame Bovary, who serenely faces death stripped of all her charms.”

For Miami audiences long grown expert at enduring September’s dreary rains, the IBFM’s elite line-up should be a ray of light.

Now, after starting to recover from Hurricane Irma, there is no doubt.