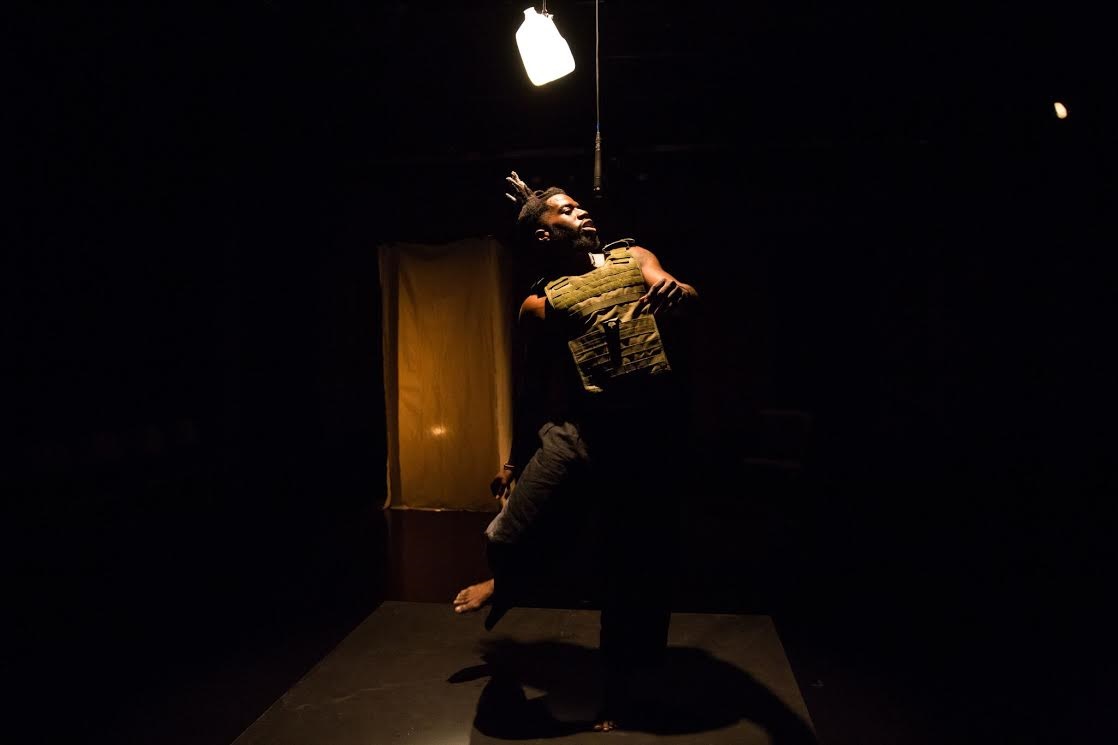 Miami Light Project’s signature series Here & Now is celebrating its 20th anniversary. The program has, over the years, given emerging choreographers a platform to launch their careers.

With MLP’s experimental bent, local artists have been given total creative freedom to take a major step forward and out into the public eye. This year’s program features work from Kat Hernandez, Diana Lozano, Adele Myers and Shamar Wayne Watt. Each of these new faces promise to enliven Miami’s small but ever-expanding creative community. Projects by all four artists will show June 7 through 9 at the Light Box at the Goldman Warehouse.

This year, Watt is a particularly exciting addition. MLP regulars might have seen him last year in “Afro Promo #1,” the dynamite piece by choreographer Nora Chipaumire. In collaboration with Chipaumire and Senegalese performer Kaolack, Watt demonstrated immense physical, artistic and improvisational talent. No doubt, this reveals deep creative potential he can access for his own work.

Watt currently divides his time between Brooklyn, Miami and Zimbabwe, among other international locations. He stays on the move with an extensive touring schedule of research and performance, often with Chipaumire. But he claims Jamaica and Miami roots, and his Here & Now performance marks a return to one of his homes.

“It’s been a tremendous blessing from the get-go,” he says, “getting to show my own work in this light, with my homies, all the folks that knew me from before I became whatever this is that I’ve become.”

His life has been creative from the beginning. He started out with hip hop, freestyle and krumping, all urban street styles. At home, his father was both a preacher and musician, and his mother a singer. He got drafted from the streets into the church to do pantomime and got into theater during high school.

He then studied at Miami-Dade College and Florida State University with a focus on psychology and dance. “It wasn’t until college that I started taking formal classes, which in a weird way took me away from the source of what made me. But at the same time it kind of liberated me,” he says.

All of these sources get bound together in “Gully Spring,” the work he will present for Here & Now.

“Gully Spring” is in its essence about emancipation and revolution. “I believe we are at the time now where Europe is no longer the center of the world,” Watt says. He describes a search of alternate futures—through a kind of interior examination. “I am proposing that a spiritual revolution or a self-revolution is the ultimate revolution.”

This is first and foremost, according to Watt, a matter of reconciling oneself with his or her own ancestral history and personal demons.

In abstract terms, he describes a sense of the spiritual that is broad in nature and difficult to put into words. At the center of this inquiry is the family. “Your family is the first institution and the last institution,” he says, and he envisions each of us linked to our family members through cords. Resolving family relationships is for him a basic source of freedom that can extend out into the world.

Digging into the word “gully” gives a further sense of politics underlying this piece. In Jamaican patwa, a gully is a poor part of the city — a ghetto. Watt describes it a bit differently. “A gully simply is the valley, the lowest part between two high places.”

In “Gully Spring,” “I’m proposing to dismantle and move away from the capitalist mentality that has stretched its hands throughout the entire world,” he says. “All these high places, the upper class or the bourgeoisie… all of this Western construct is falling apart. It has been the gully that always contributed new life but is never recognized.”

He also says the gully is the heart or crux of a matter. “What’s the source of the issues going on in the world today? Let’s talk about the lowest part, the darkest part, which is the gully. Let’s take a trip down there so we can re-emerge. I propose the Gully Spring that reimagines alternative futures from that bottom place.”

These are the words he uses to describe “Gully Spring.” As for what this means on stage, you’ve got to show up to find out. But based on his performances with Chipaumire, Watt’s piece is not one to miss.

Each of the other three performers has something to bring to the table as well. In many former iterations of the Here & Now program, Miami Light Project has boosted artists who have already been visible in Miami’s art scene. This time, we have some genuinely new voices.