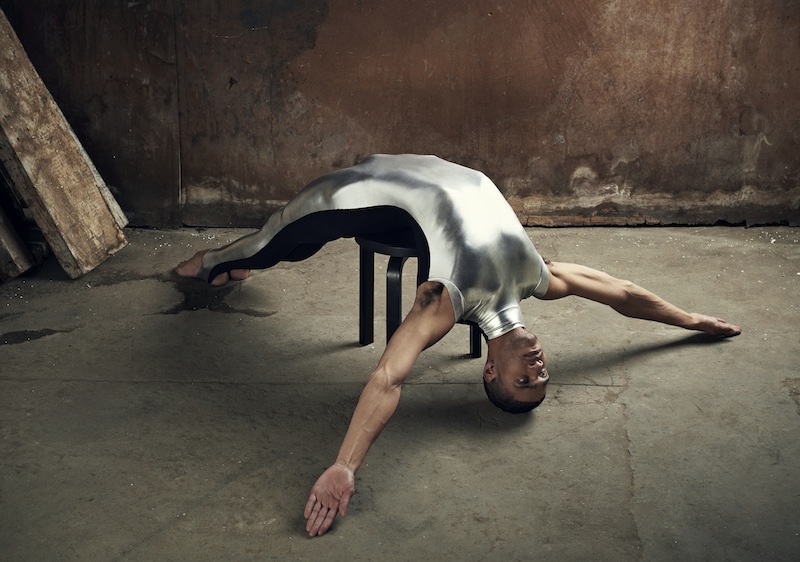 Choreographer Michael Clark’s soundscapes aren’t the usual — he uses the music of the punk poets David Bowie and Patti Smith and early 20th century avant-garde French composer Erik Satie. He incorporates Smith’s syncopated cadence of “Land,” Bowie’s dark swan song “Blackstar,” and Satie’s contemplative and dissident piano rhapsodies. Hot off performances at London’s Barbican, where the Michael Clark Company became artistic associate in 2005, he’s now been exposed to Miami. Clark says his choreography has been changed for the better because of it.

After a month-long residency on the YoungArts Campus, for the Institute of Contemporary Arts (ICA) interdisciplinary performance initiative “ICA Performs,” Clark’s time spent will yield five performances from Thursday through Monday with six of his company members dancing inside the YoungArts Jewel Box theater, truly a gem of a space. With its glass mosaic walls and mirrors, the choreographer admits that there’s no escaping the architectural inspiration.

“We went literally from doing London to coming straight here,” says Clark. “It’s a bit of a culture shock initially, but I’m finding it fascinating.” For his company to put down roots in another city “is very unusual. We don’t usually get to do these kinds of things.”

That’s the exact type of immersion ICA Performs hopes will happen. “We want to challenge artists to do projects that they wouldn’t do anywhere else,” says Alex Gartenfeld, deputy director and chief curator of the ICA who was instrumental in bringing Clark to Miami.

“Yes, it was Alex who contacted me to come here,” admits Clark. “He told me to visit and take a look and when I saw the Bacardi building, which is amazing, well…” The historical Bacardi building, on Biscayne Boulevard and 21st Street, is home to National Young Arts.

Clark says “three or four” dance pieces will be reflective of Miami. “I’m from Scotland where it’s cold and gray and it is so, so opposite here. The birds, the water, the sky and the way [of the] people. Add to that my company being able to be based here for four weeks and being able to work in the space that since day one we’ll be performing in, it is an amazing achievement.”

In addition to five performances, the company hosted open studio hours and a master class for students and alumni of YoungArts. A dialogue, open to the public, featured Clark, Gartenfeld and YoungArts alumna Brittany Bailey, who danced with Clark’s company inside another unconventional space, the Turbine Hall at Tate Modern in London. “When we performed at the Tate Modern, there were people lined up at the door really, really wanting to get in. I wasn’t surprised. The dancers were wearing unitards and leather jackets and dancing to the music of David Bowie and Funkadelic. I wanted to share that performance with everyone I had ever met and beyond,” she recalls.

Clark promises the signatures he’s become so well known for during the performances at the Jewel Box — the works will be reimagined in some ways from what he’s performed in London.

“I come from a classical background, which is all about fairies and swans and princesses,” says Clark. “But that didn’t ring true to me. I do what I’m drawn to, but it has brought in a whole new audience to see dance. My art is an organic process, thereby I’m filling my own interests, but it seems to strike a chord with people.”

It will be an opportunity for Miami to see, close up, Clark’s signature abstracts and experimentation with form, precision and technical rigor, all the while taking cues from myriad forms of contemporary music – a soundtrack that becomes one and the same with the movement. The Jewel Box, he says, creates an “intensity of being so close to the dancers. It is very interesting to me.”

Clark says this may be his first time in Miami, but he’s certain it won’t be his last. “I know new things are going to come from this, which is certainly how it should work.”