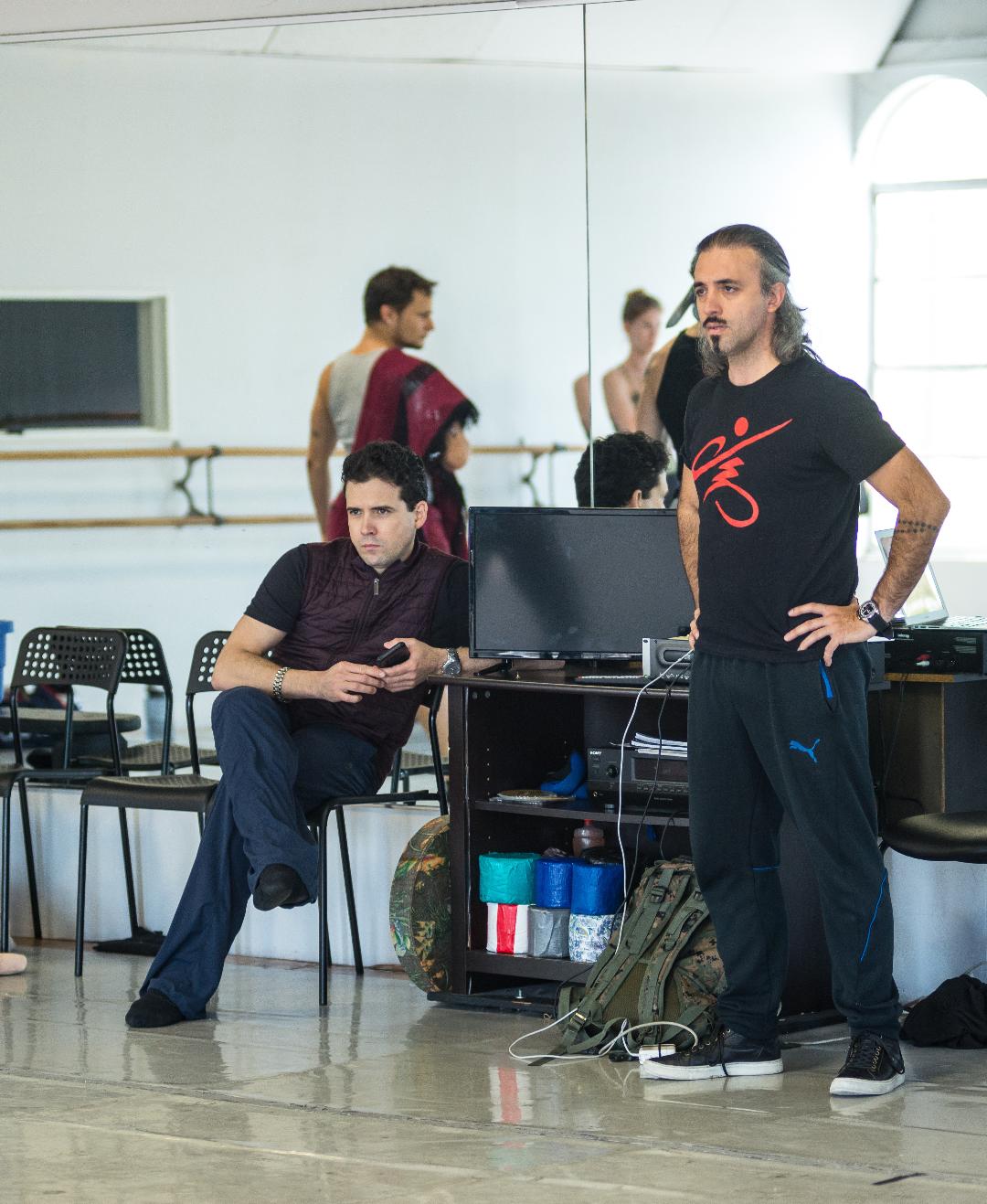 Traffic in Miami bottlenecks for the silliest reasons – jets taking off at MIA, pretty girls selling mangos on 27th, a flock of peacocks perched on roofs off US1.  But assemble South Florida’s top dance companies in a central location for an affordable celebration whose proceeds benefit children – that can lure even the most road-weary Floridian out the door.

Catching up with the two at Guerra’s Coconut Grove home in January, Reale explained that he first felt the spark to create “Dance for Peace” after receiving the title of Peace Ambassador in 2010 from Mil Milenios de la Paz.  Inspired by this, Reale organized the first benefit for UNICEF in Buenos Aires in 2014.  Over the last five years, 80 companies and 800 dancers have performed at the annual Galas.

As Guerra’s five-year old daughter vied for our attention, Reale added that the “Dance for Peace” Gala is about helping children by, “experiencing peace from the inside outward, from the individual and their associations to the world.”  Because of this, Reale’s dream had always been to take “Dance for Peace” international in a big way.  In 2018 he organized the first benefit in Chile. After that, holding a Gala in Miami just seemed the natural next step.

Where Reale’s impulse was to go international, Guerra liked what the annual benefit could mean for the local dance scene here in Miami.  For Guerra, “doing an event like this helps South Florida dance in general because it raises the visibility of the community as a whole”.  Guerra was sold at once on the Gala’s connection to UNICEF even though it put him in the awkward situation of having to ask the members of his fledgling company and his colleagues in the South Florida dance community to perform for free.

And they agreed.  Every dancer, choreographer and artistic director participating in Miami’s “Dance for Peace” has entirely donated their talents toward the success of the event.

On the one hand, the evening showcases South Florida’s current dance talent.  However, previous Galas have always recognized a great from the world of dance.  This year Founding Artistic Director of Miami City Ballet and former New York City Ballet principal dancer Edward Villela will be honored for his contributions to the Miami dance scene.  As Guerra explained, “Edward was a major feature of the arts scene down here and critical to growing it.  Having him at the event gives Miami dancers and artists new to the scene the opportunity to encounter this past”.

So if this year you were wowed by DDTM’s “La Luna y los hijos que tenia” or sat back entranced at a fluttering Mary Carmen Catoya during ABTFs “Firebird”; felt the urge to phone mom after Dance Now!’s world premiere of “Grace”, or just walked home in a reverie after the close of Brigid Baker’s “Big Wonder” you won’t want to miss the first annual “Dance for Peace” Gala – an evening of great dancing for a great cause.

Tickets can be purchased in person, at the box office or online at: https://www1.ticketmaster.com/dance-for-peace/event/0D00563692D688F6