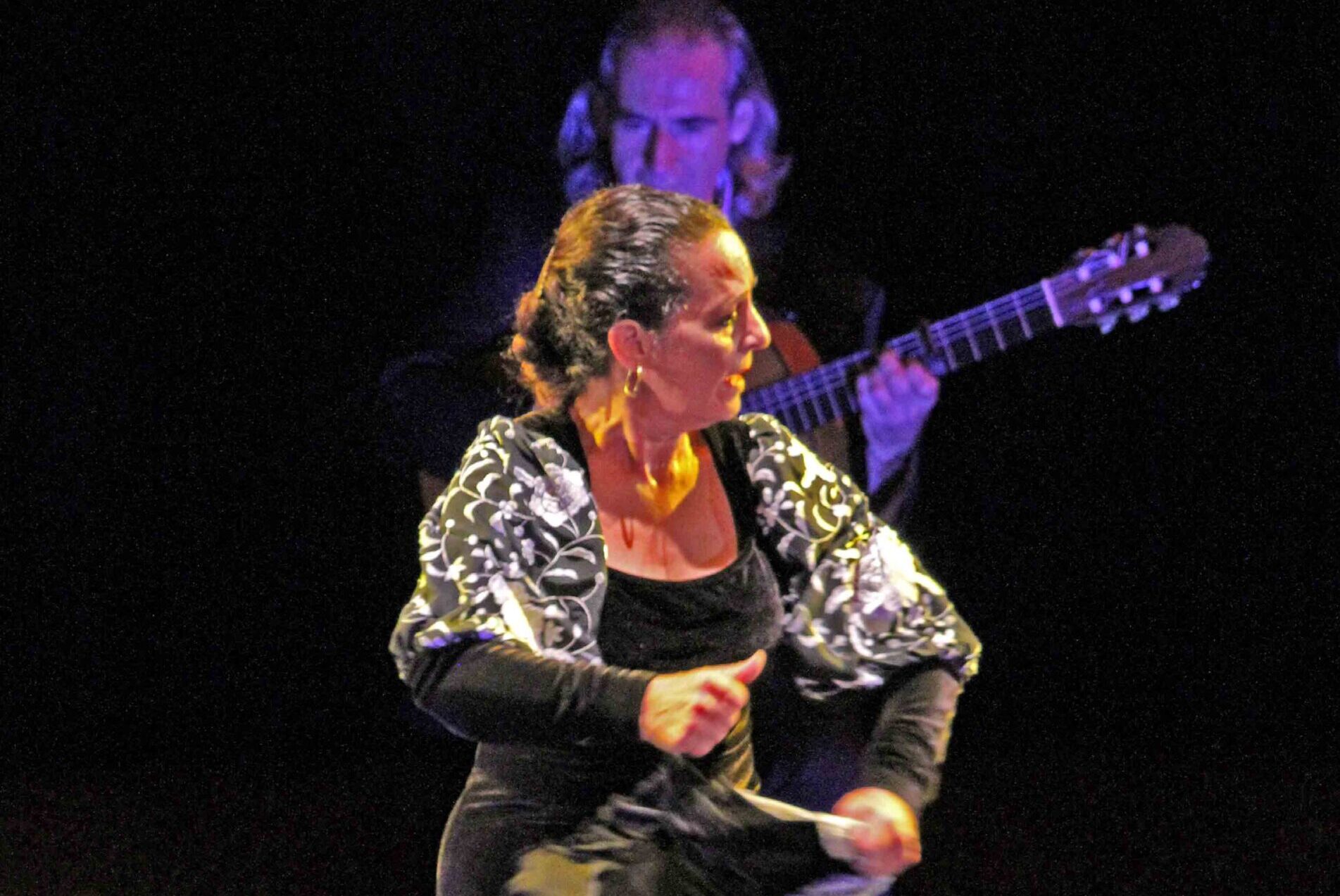 The rhythms that a skilled flamenco dancer hammers out are masterful and maybe that’s why the artform has come to be identified with flamenco as a dance.

Miami husband and wife flamenco masters, Celia and Paco Fonta, value what the dancers contribute to the artform, but for the 2016 Florida Department of State Folk Heritage Award winners, flamenco begins with the song. 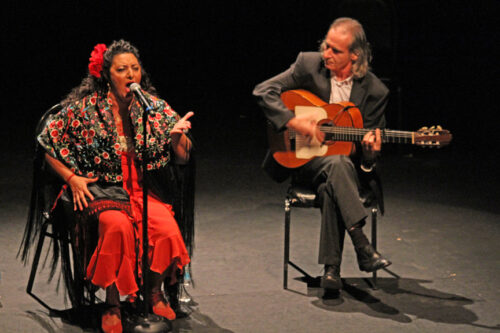 To promote flamenco’s traditions the couple organized the non-profit Siempre Flamenco organization in 2002, and in 2006 presented their first “Siempre Festival de Cante Miami” and ever since have continued to present the best of the artform to Miami audiences.

Even during the pandemic the couple organized “Café Cantante” with performances streamed live on Zoom and in 2021 gave a special live performance on the plaza at the Arsht with United States-based artists from California and Miami.

Now in its 16th year with pandemic restrictions lifting, the couple considers it high time to return to the pre-pandemic formula.  “This is the first time (since the pandemic) that we will go back to the line-up of 3 singers, a guest guitarist, and ourselves,” explains Celia.

And the Fontas have packed the line-up with flamenco luminaries, which include returning singer/dancer, Macarena de Jerez, as well as father and son singing duo Morenito de Illora and José Campos, guest guitarist Paco Fernandez as well as the Fontas themselves – Paco Fonta on guitar and Celia Fonta as dancer. 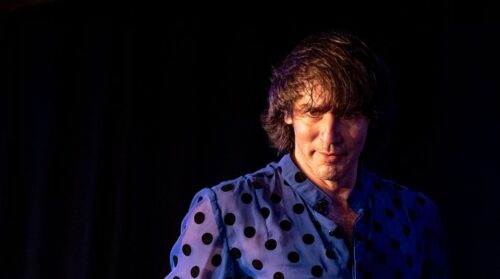 “Macarena sings and dances in the Bulería style,” Celia says referring to the playful, fast-paced 12-beat flamenco phrase, “and she is both a good singer and dancer,” she adds.

Morenito de Illora has been touring worldwide with the legendary guitarist Tomatito as part of the Joaquin Cortes’ flamenco dance company for 15 years and has recorded several discs, including the 2004, “Alumbra mi vida.”

Son of Morenito de Illora, José Campos has been pursuing the family craft with a U.S. tour after winning first place at the Alcobendas New Talent Cante competition in 2019.

“He is a major star with a very tall profile,” says Celia.  “He has got incredible technique, very fast with great footwork and upper body work – he’s very spontaneous.  His dancing seems very pure – pure flamenco.” 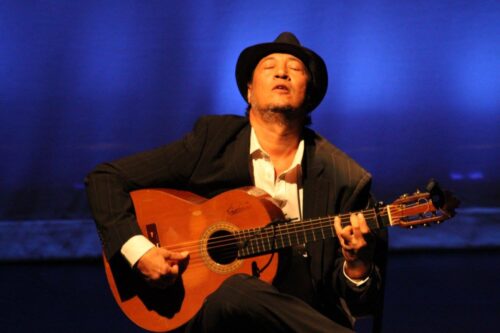 When asked what makes a flamenco style “pure” Paco pauses, then replies:  “When (the performers) respect the rules of flamenco, then the style is pure. When a singer performs a song with the12-beat “Soleares”  – meaning “loneliness” – rhythm, the audience expects something sad, and when they sing a fast-paced 12-beat “Bulería” rhythm – which means “to joke and have fun” – then the audience expects something light and funny.”

He adds: “You could sing anything to these either of these rhythms – happy or sad – but you must respect the spirit of that rhythm that’s infused with the history of that rhythm.  At a wedding, you wouldn’t sing Soleás but you would be singing Bulerías and Tangos.”

Paco explains that the rhythms are not as much a rhythm as a phrase.

“The musical phrase is what gives you the rhythm.  In the old time flamenco used to be its own alphabet. In the old time they didn’t know how to count,” says Paco. “The 12-beat rhythms only showed up as a measure of the sung phrase.”

Celia chimes in: “You can say the phrase is designated by the words that are being sung – the poetry of the verses were sung and the beats came after that.” 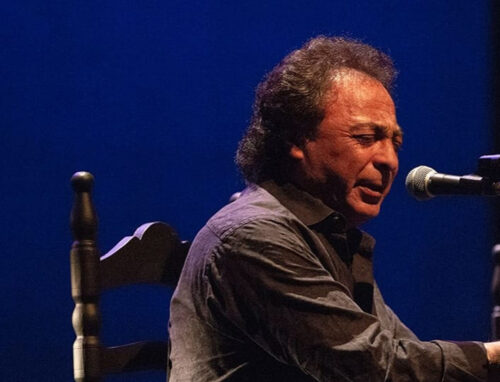 But even the dancer’s part includes elements that go beyond the percussive, rhythm-dominated footwork.  Visual features also exude meaning.  For instance, women during the dance make energetic use of a broad shawl with a thick fringe called the Manila shawl.

“The shawl was a garment that the Andalusian women wore and little by little it became a prop as part of the woman’s costume,” explains Celia.  “The same is true of the bata de cola (the train of the woman’s dress) and her fan but it’s also the same for the man’s hat and jacket.  Each of these props has its own language that accentuates the dance.”

Celia says that the shawl becomes part of the performer’s body. “It gives you something to emphasize your dancing with.  You use the shawl during the singing. We don’t use the shawl to do footwork, but we do use it to accompany the singer’s voice and the lyrical parts,” she explains.

For the Fontas, even the choice of venue – the Arsht Carnival Studio Theater – shows the respect the couple has for the artform as song.

“The small space (of the Carnival Studio Theater) is wonderful and really allows the audience to focus on the singer,” said Celia.

With its 250 seats, the Studio Theater may be one of the best venues for experiencing flamenco in the Magic City – short of a seat at the bar of a tablao (singing club) in Madrid.