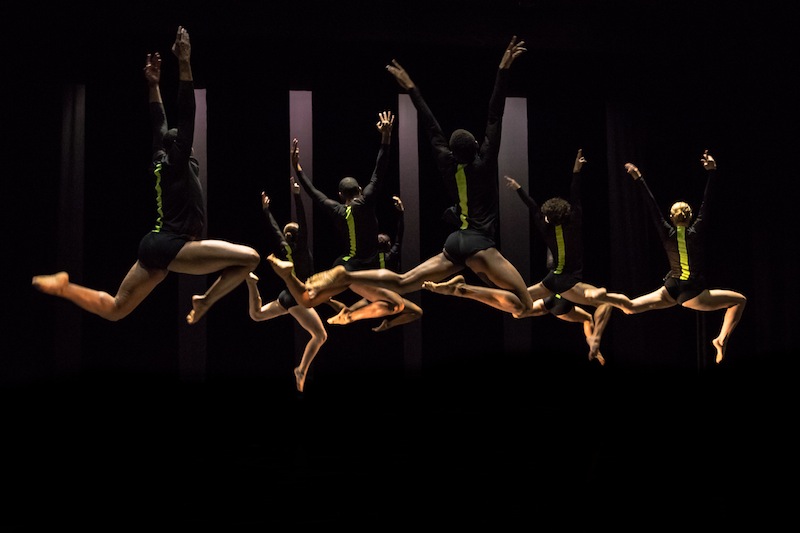 Ray Sullivan’s Miami Contemporary Dance Company, one of Miami’s most celebrated and inventive dance ensembles, celebrates its 15th birthday with a premier performance at the Colony Theater this weekend.

Sullivan has entitled the evening Light. He offers his audience not only a mediation on light but also portrait of the interplay between dancer and composer.

Five years ago Sullivan found himself frustrated as he looked around for music that could deepen and develop his choreography. He wondered why today there were so few partnerships like the legendary one between the early 20th-century composer Ivan Stravinsky and dancer Vaslav Nijinsky. As though by magic, Sullivan would soon open a package of music sent to him out of the blue by a New York composer familiar with Sullivan’s work.

The upcoming Colony evening is the result of the partnership between Sullivan and that composer, Kevin Keller. Sullivan feels that alone would be plenty of reason to celebrate.

The evening includes three pieces. Sullivan describes one, “Shadow and Light” as a “sublimely simple work.” Sullivan and composer Keller set out to explore light in seeming contradictions. Not only are they interested in a person/body’s “inner light” but also the light in apparent darkness. “Imagine exploring the darkness with infra-red glasses,” Sullivan says. In this piece, as in all of his company’s pieces, Sullivan has high praise for Carla Iparraguirre, a lighting designer who often works with the Alvin Ailey Dance Company among many others.

The longest of the evening’s pieces, “Not in My Name,” runs 30 minutes. Although the dance is abstract, Sullivan asks his audience to consider all the action that has been done over the centuries in the name of God. “Have you ever wondered if God wants his intellectual property rights back?” Sullivan asks wryly. In the first part of the piece, “the earth seems to move upward in space, like a crusader on a campaign,” Sullivan says. By the second part, man stands alone, “as though God has turned his back.” In the third part, “humankind begins to consider its own godliness.”

Sullivan emphases that the piece is not religious, at least not in any traditional sense of the word. Kevin Keller’s music avoids any reference to a particular historical period. Both composer and choreographer wanted the audience to not quite be able to place the piece in time.

The third of the evening’s pieces, “Lux xTres,” is another exploration of light or more precisely, its end. A light hangs low on stage, becoming increasingly more dim. Likewise the dancers, even as they learn that by making fire they can hold quite literally light in their hands, must watch it slowly, inexorably extinguish.

This preview also appears in the Miami New Times.