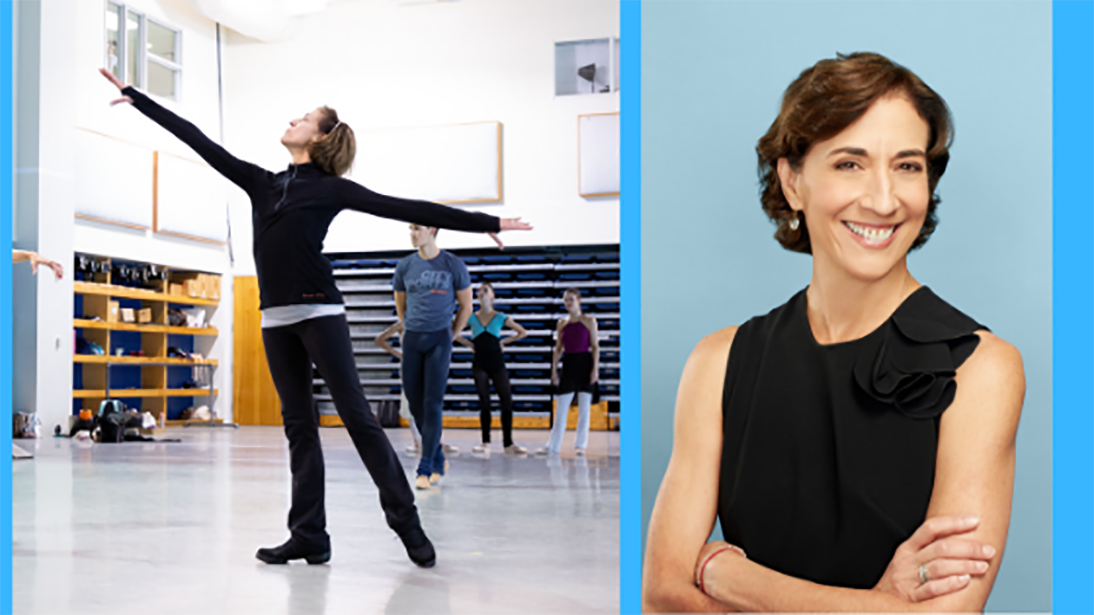 Conferred by one of the oldest publications in this country, the Dance Magazine Awards have trumpeted the art form’s stellar figures since 1954.  And this year the coveted prize comes to South Florida: for her varied and productive career stretching over four decades, Lourdes Lopez, artistic director of Miami City Ballet, has earned a rightful place among seven awardees.

Jennifer Stahl, editor-in-chief of Dance Magazine and a member of the selection committee, singles out Lopez “for her exceptional leadership of Miami City Ballet. She’s someone who brings out the best in her dancers and is widely respected by them.”

Cuban-born and Miami-raised, Lopez has the rare distinction of being a Latina at the helm of a nationally renowned dance company.  “She’s incredibly inspiring,” emphasizes Stahl, “as one of the few female artistic directors in ballet and as an immigrant who has risen to the top of American ballet.”

Getting here has taken not only talent and hard work but also a passion that embraces dance in both its classical tradition and ever-evolving creativity. And as she bustles through her seventh season at MCB—teaching company class, coordinating with staff and the administrative team, tending to current programs and planning others far in advance—Lopez retains her original drive.

“This is not just a job,” she says.  “People may think you come in and wait for inspiration.  But every day I’m eating, drinking, sleeping ballet—something I love! Having signed a contract, I never think, ‘Okay, well, so I’ve proven myself.’  The meaning of what I do comes from what I see on stage.”

During her tenure Lopez has introduced 25 ballets into MCB’s repertory and overseen six commissions.  As the company has grown, she believes the dancing has gotten better, and reviews from coast to coast support this opinion.  Yet the director also underscores the importance of advancing her organization beyond theaters by strengthening community outreach and the quality of instruction at the company school.

In view of these achievements, MCB co-founder Toby Lerner Ansin applauds the award bestowed on Lopez.  “When Lourdes came in, everyone knew she had a wonderful vision,” says Ansin, praising the director’s expert care of the Balanchine legacy and her eye for contemporary choreography.

For years Lopez danced as a principal in New York City Ballet, enriched by direct interaction with Balanchine and Jerome Robbins.  Having retired from the stage, she served as Executive Director of The George Balanchine Foundation before co-founding Morphoses, a troupe dedicated to innovative dance.  Ansin points to these assets—along with Lopez’s ability to forge artistic partnerships—when she brings up the appeal of current programming, citing refurbished productions of Balanchine’s A Midsummer Night’s Dream and The Nutcracker as well as Justin Peck’s made-in-Miami Heatscape.

“Lourdes has taken this company forward by leaps and bounds,” affirms Ansin.  She reflects on how Miami City Ballet has flourished into a cultural treasure she only could have dreamed of in 1985, when she joined forces with founding artistic director Edward Villella (himself a 1965 DM Award winner) to lay the organization’s groundwork.

Lopez considers getting the award at this point in her career has cumulative meaning—in part because there have been so many people in her life to thank.  And now she can look ahead to celebrating at Manhattan’s Ailey Citigroup Theater on December 3 among a community of family, friends, and peers, including fellow winners: choreographers Ronald K. Brown and Crystal Pite, Paul Taylor Dance Company rehearsal director and dancer Michael Trusnovec, and Nigel Redden, director of Spoleto Festival USA.  Along with these seasoned professionals, young phenoms Raja Feather Kelly and Ephrat “Bounce” Asherie will receive the Harkness Promise Award.

A welcome from ballet superstar Misty Copeland opens the show, which features MCB’s Tricia Albertson and Renan Cerdeiro in a duet from A Midsummer Night’s Dream, along with other performances that shine a light on the winners. Lopez’s award will be presented by Darren Walker, president of the Ford Foundation, where MCB’s director is the first artist to serve as a trustee, sharing with Walker—as she puts it— “a belief in the transformative power of dance.”

Even before becoming an editor, Stahl felt the excitement of an evening like this.  “The first time I attended the Dance Magazine Awards was as an intern,” she recalls. “I’d just clocked out from my part-time job, hopped on the subway, where I slipped on a skirt, and ran to the theater, getting there just in time to walk past Savion Glover improvising with Jimmy Slyde in the lobby, then almost ran into Alessandra Ferri as she walked up the aisle to accept her award.”

Whether with a powerhouse tap artist or a radiant ballerina, such encounters can bring a fan’s smile to any face.  As Stahl says, “What I’ve always felt is so great about the awards ceremony is witnessing these titans of dance come together from all different corners of the field to celebrate those who’ve made their world richer and more exciting.  How often do we get to do that? It’s truly awe-inspiring!”

The Dance Magazine Awards take place on Monday, December 3, at The Ailey Citigroup Theater in New York, NY at 7:30 pm. Tickets start at $50 and can be purchased by emailing dmawards@dancemedia.com. Proceeds will go to funding fellowships for early-career choreographers honored as next year’s Harkness Promise Award winners.