Miami City Ballet takes dance out into neighborhoods with ‘To Miami, With Love’

Miami City Ballet dancer Itzkan Barbosa in a promotional image for “To Miami, With Love.” (Photo courtesy of Gary James)

Though the COVID-19 vaccine rollout holds out hope for an eventual return to normalcy, the near-term challenges of safely staging live performances remain real.

In December, Miami City Ballet tackled this challenge with its outdoor production of “George Balanchine’s The Nutcracker in the Park” in downtown Doral.

For its 2021 spring season, MCB extends this model further – bringing dance to South Florida neighborhoods with “To Miami, With Love,” a series of January and February pop-up performances set in iconic locations including Lincoln Road, Fairchild Tropical Botanic Garden, Wynwood, Vizcaya Museum and Gardens, Miami Design District, and The Underline.

Admission to the performances is free, though tickets are required. And all performances adhere to the health and safety measures implemented by each locality or individual business.

“As a cultural institution, we wanted to demonstrate our love for this city that really made us who we are,” said MCB artistic director Lourdes Lopez. “When COVID hit, we thought we are not going to let go of our desire to thank this city, instead we will find other ways of doing it.

“And the idea of pop-ups came up. What better way than to go out and dance in all the iconic places this mosaic of the city has to offer?”

For the first of the pop-ups, on Jan. 30, MCB and partnering New World Symphony will perform on Lincoln Road, as a nod to the historic Miami Beach beginnings of both organizations.

For MCB Corps dancer and choreographer Cameron Catazaro – whose new work, “A Lovely Feeling,” will headline the Lincoln Road performance, the pop-ups provide an opportunity to give back to the community. 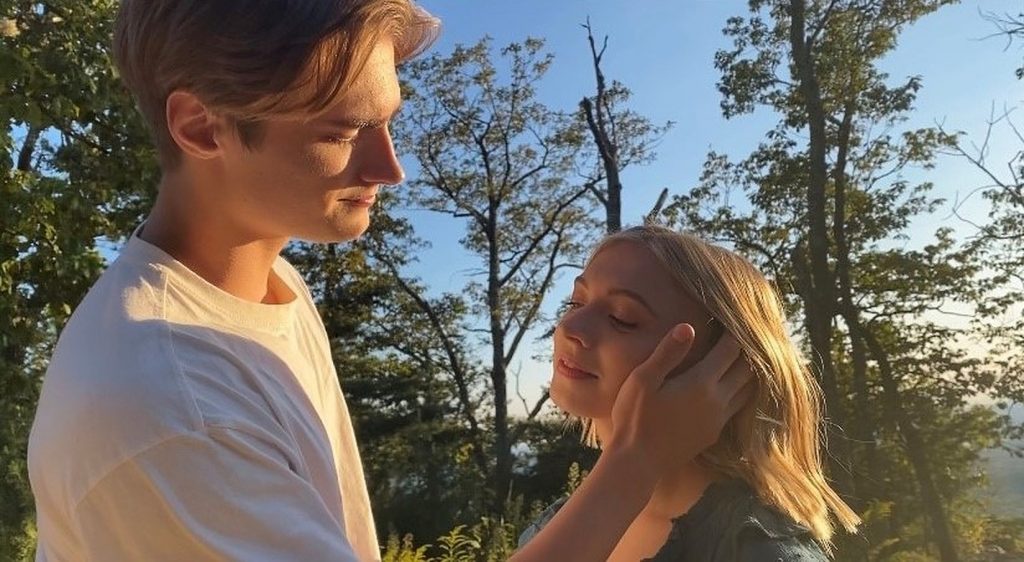 “Before this horrible pandemic, the 35th season of Miami City Ballet was going to be a love letter to Miami, and we still wanted to find a way to give back to the community, give people a chance to take some time to relax,” said Catazaro, a former MCB school student who joined the company as a Corps member in 2019.

When the pandemic forced the cancellation of MCB’s season, Catazaro quarantined at home in Maryland with girlfriend and fellow MCB Corps member, Ellen Grocki. During downtime, he began work on “A Lovely Feeling,” a pas de deux set to the plaintive prelude of Giuseppe Verdi’s opera, “La Traviata.”

“It came naturally to me to choreograph,” Catazaro said. “The music we dance to is why I love to dance. Locating the music and then imagining the steps that would work for it was the fun part for me. Seeing the music play out through the dancers is what I really love.”

“I would play it during quarantine while doing puzzles,” he said. “Every time it would catch my ear, and I would put the needle back and play it again.”

The libretto of the Verdi opera revolves around the mortal illness of main character, Violetta. Asked whether his choice of music was intended to resonate with the broader theme of the pandemic, Catazaro said: “Originally I did not know the story behind it. It worked out perfectly for a time that is so challenging with so much sadness.”

Catazaro overcame the challenges of choreographing a dance for himself by shaping his steps around the sequences he laid out for Grocki. “In all partnering, it’s always about the girl. You want to make the girl look the best she can possibly look,” he said. “I’m doing my job if at the end of it someone says to me I barely noticed you.”

For the Jan. 30 pop-up, Catazaro and Grocki will dance to music performed by a quartet of New World string fellows, including third-year violin fellow Harry Chang.

Like Catazaro, Chang is elated at the opportunity to be performing again live in Miami.

“I’m so grateful that New World is trying everything to bring us back to the community,” said Chang, who returned home to Taiwan during the summer. “I’m very excited for this Lincoln Road pop-up … There’s something about playing for people on the street and having the human connection. That makes the experience intimate.” 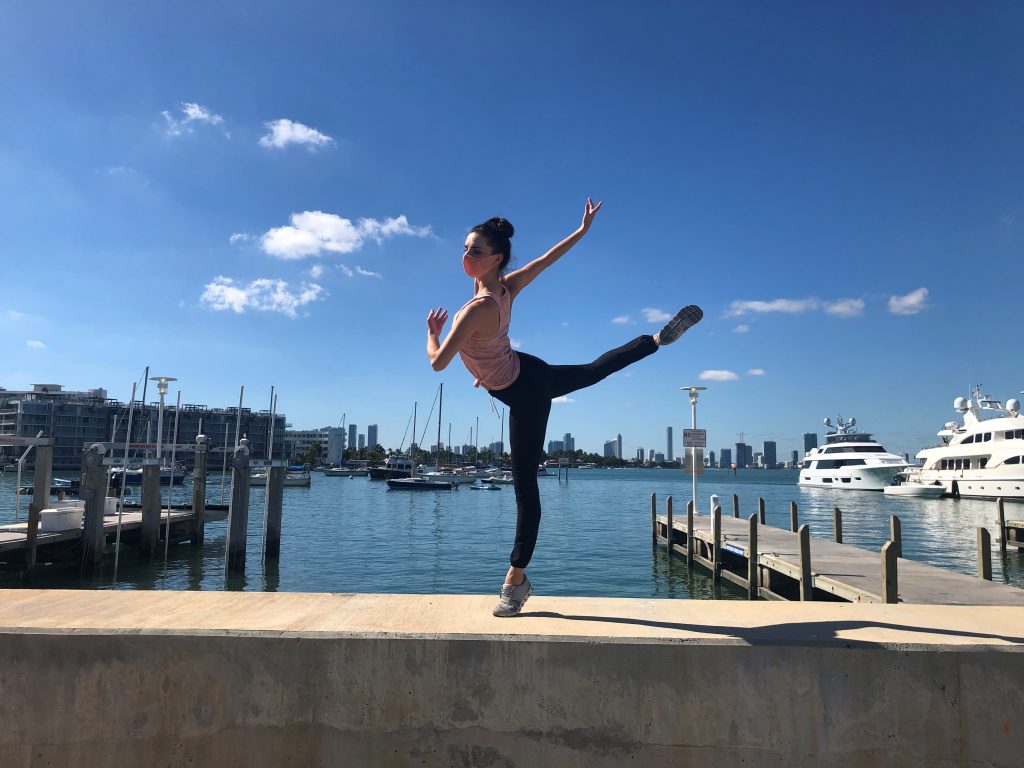 “For this project, I really spent a lot of time studying the musicality of Balanchine’s ‘Square Dance,’” he said. “Balanchine has such interesting ways of sometimes following Baroque music’s structure.”

“Realized Inner Voices,” one of his first choreographies, was inspired by a visit to Vizcaya Museum and Gardens, where his ballet will be performed again on Feb. 5.

“Vizcaya feels like a villa you would see in Italy, but it is also a mix of different styles and eras of European history,” he said. “Vizcaya’s mash-up of different European art is, in a way, similar to ballet that is choreographed today. Influences and ideas often come from the large mix of the choreographers and ballets that came before, but the steps still trace their origin to the Italian court.”

For those unable to attend in person, the pop-up performances will be freely distributed on MCB’s social media channels beginning the week of March 8.

WHAT: “To Miami, With Love” pop-up performances
WHEN: Jan. 30-Feb. 21
WHERE: Venues throughout Miami-Dade County
COST: Admission is free, but tickets are required
INFORMATION: MiamiCityBallet.org/popups

Information from Artburst Miami’s Orlando Taquechel was used to supplement this article.