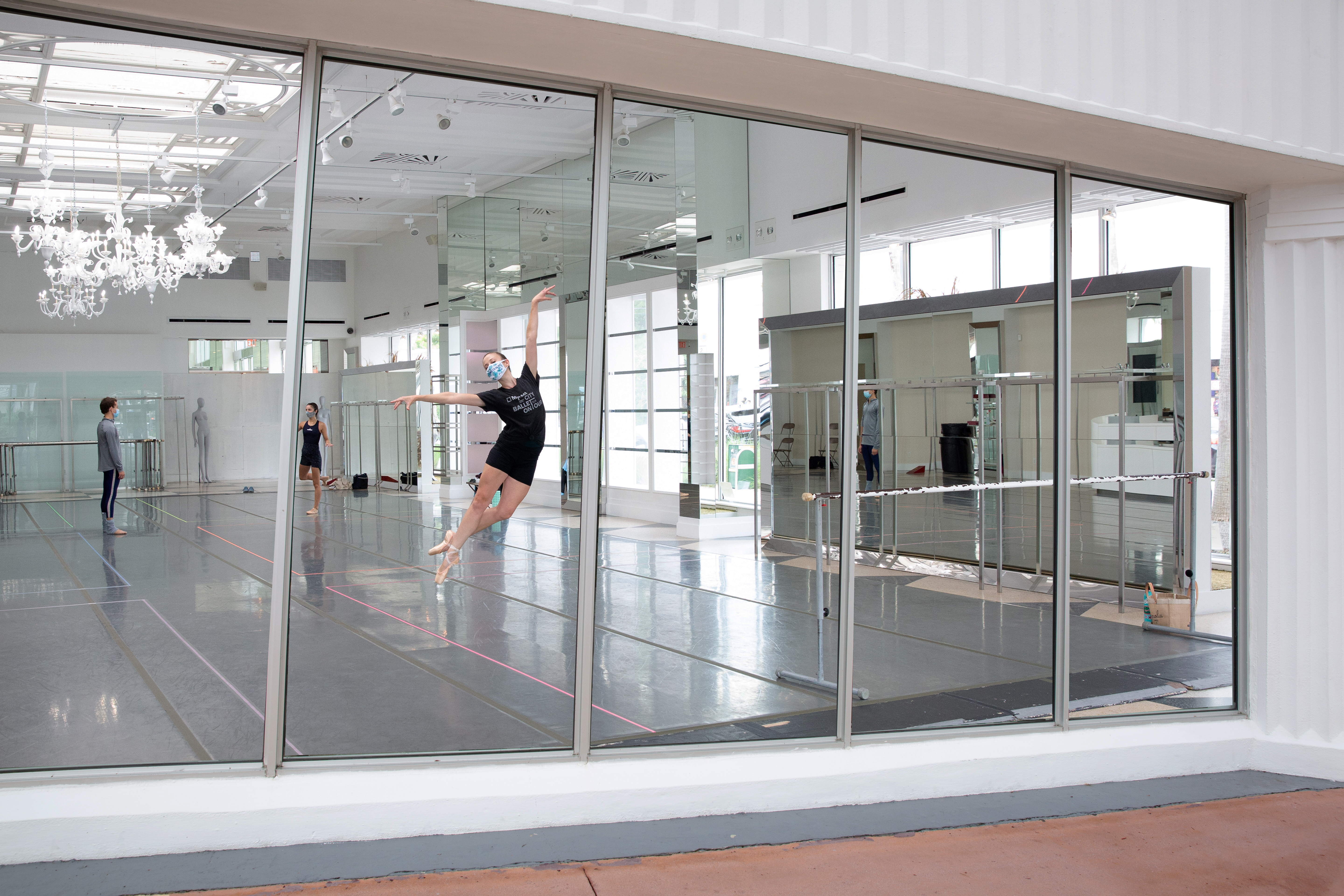 Outdoor speakers pumped Elton John’s “Tiny Dancer” on a recent weekday, as one shopper after another casually peered in, then froze. Some examined the mannequins in the windows, draped with costumes sourced from MCB’s full-length production of “A Midsummer Night’s Dream.” Others pulled out smartphones to record the movements of the dancers inside. Circles painted on the pavement marked appropriate social distancing spots for the spectators.

“My goal in life is to do moments of surprising beauty for the public,” said Tim Schmand, executive director of the Lincoln Road Business Improvement District.

The Lincoln Road BID collaborated on the initiative with MCB, the City of Miami Beach and the Comras Co., the Miami retail leasing, investment and development company that owns the space. 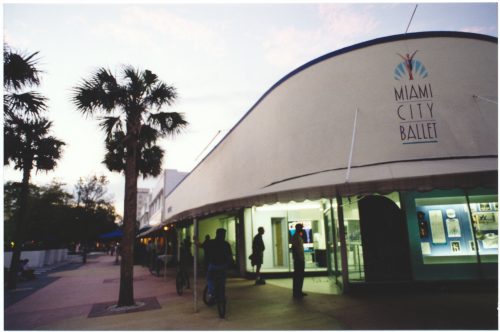 “It all started with Michael Comras, CEO of the Comras Co., who remembered how the ballet started in 1985 with its first home [on] Lincoln Road, where Victoria’s Secret now is,” Schmand said. “Pre-pandemic, MCB had intended to be on Lincoln Road this season anyway and to do ongoing activations there.”

The current MCB pop-up has turned out to be a winner for both spectators and dancers. The cavernous space safely accommodates seven masked dancers at a time, giving them the opportunity to safely practice and reconnect with colleagues.

“Coming to this space has been invaluable,” MCB principal Tricia Albertson said. “Even if I only see five dancers at a time when I’m here, I realize we’re all just pending, waiting to get back to what we do.” 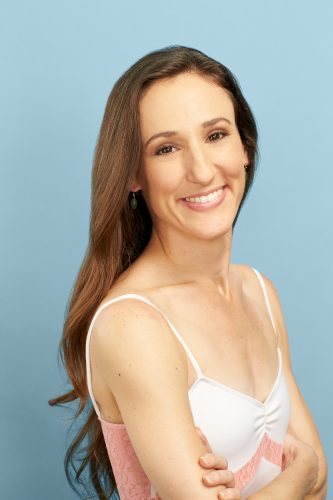 For MCB principal Tricia Albertson, “coming to this space has been invaluable.” (Photo courtesy of Miami City Ballet)

Albertson said her initial response to the sudden end of the season was panic. Diagnosing quickly her need for a schedule, Albertson jury-rigged a closet rod as a dance barre and laid down a patch of Marley dance flooring sent by the company for at-home rehearsals.

Along with dance and conditioning classes on Zoom, she has added cross-training to her training and is currently working on earning her yoga instructor certification online.

“I feel stronger in some ways than I used to feel in a season,” Albertson said. 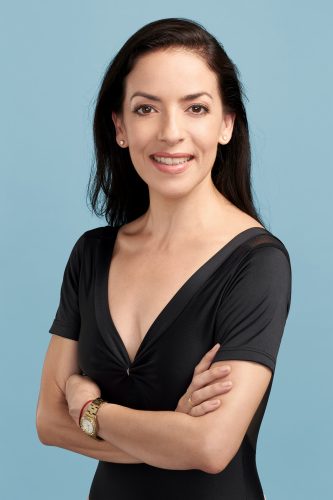 The pop-up studio space reminds MCB principal dancer Katia Carranza of a time back when MCB was still based on Lincoln Road. (Photo courtesy of Miami City Ballet)

For MCB principal dancer Katia Carranza, the space offers a welcome step up from taking company classes by Zoom in her apartment. It also reminds Carranza, who joined the company in 1998, of a time back when MCB was still based on Lincoln Road.

“The company has grown in size and stature since then,” she said. “Even the programming has completely changed. We couldn’t do a full-length ballet back then.”

As she spoke, people stopped and snapped photos of the dancers at the barres.

“It’s so good for us to feel people are there, and it motivates us to be back onstage,” Carranza added, cheerfully.

Though the company’s Zoom classes have been a lifesaver, Carranza, whose parents are in Mexico, has found the isolation to be a challenge.

“Many of us have been by ourselves, and we have supported ourselves through that.  We all miss what we love and are looking forward to having the opportunity to do what we love together again,” she said.

The MCB pop-up is just one of Lincoln Road BID’s current experiments to bring art to the public during this time.

Another recent example: having New World Symphony musicians performing on golf carts along Lincoln Road over Father’s Day weekend. Keeping the performers in motion took the music straight to shoppers and kept crowds from forming.

After all, keeping things safe requires some out-of-the-box approaches. Said Schmand: “Now I have to be wily about bringing the arts to the public.”

For a list of upcoming BID-sponsored events, go to Lincolnrd.com/events-onlincoln