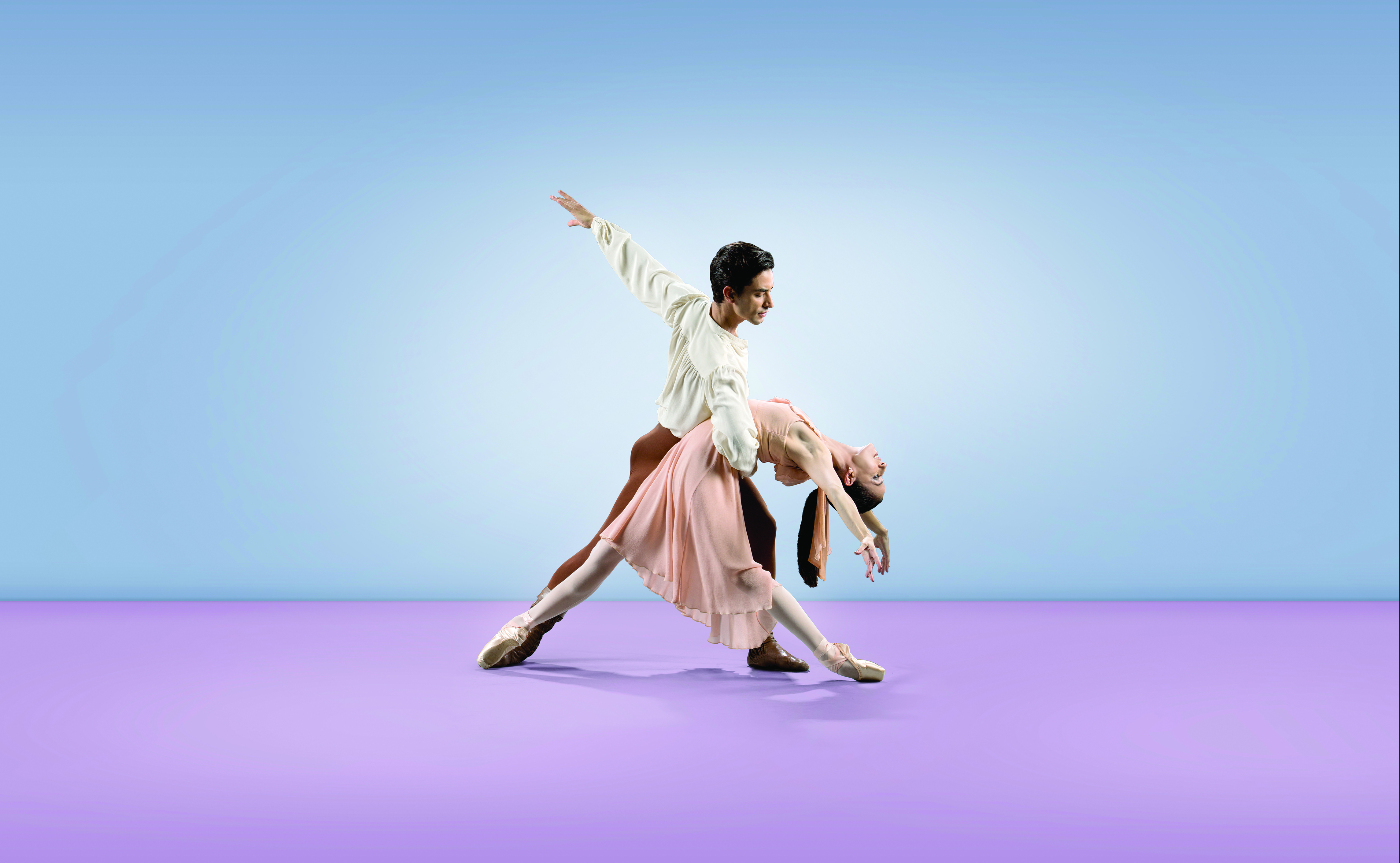 Sparkling invention will come with exclusivity when Miami City Ballet stages Brahms/Handel for the first time in South Florida. The unique collaboration between Jerome Robbins and Twyla Tharp, which premiered at New York City Ballet in 1984, both demarcates and merges the choreographic territories of its top-of-the-mountain creators. And from each of their sides the high view is bracing.

“This ballet is a gem,” says Stacy Cadell—and a rare one at that, stresses the Tharp representative who set the choreography on the dancers and accompanied them on tour to Chicago’s Harris Theater, where they debuted their Brahms/Handel in early November.  The premiere makes MCB the only company besides New York City Ballet to mount this work.

Having danced as a soloist in the original production of Brahms/Handel, Cadell can attest to the choreographers’ synergy in the studio. “They each picked the dancers they wanted to work with,” explains Caddell. “Robbins provided a basic theme, and this was developed and stretched. There’s a lot of detailing, with very big moves.  I remember we couldn’t wait to come in to work, thinking each time, ‘What in the world is Twyla going to do today?’ She took it to real extremes.”

Cadell relates how the Tharp and Robbins dancers worked on their part of the project independently until the spheres came together.  Principals from contrasting crews danced with each other, and the entire ensemble mixed it up at the end.

“Throughout all this,” says Cadell, “the physicality and music are in a beautiful marriage.”

The score by Johannes Brahms, Variations and Fugue on a Theme by Handel, involves another kind of stylistic coming together.  In his piano work the Romantic composer took up a melody from his Baroque predecessor’s Harpsichord Suite No. 1 and transformed it in twenty-six elaborations of great wit and dynamic flow.  Adding another filter, the version of the music used for the ballet is a full orchestration by British composer Edmund Rubbra, which brings in brassy flourishes and the uplift of strings.

Caddell points out how the Oscar de la Renta costumes—blue for the Robbins group and green for the Tharp—highlight the fluid dichotomy of the dance.  As she says about the women’s comfy dresses and men’s loose-fitting tops, “They have such beautiful ombré effects—the tones going from light to dark or vice-versa—it really heightens the visual impact on stage.”

Queen of the greens, Tricia Albertson makes the grandest of entrances—held up vertically on male shoulders and then flung about—after the blues have had some stage time.  The principal ballerina hasn’t ceased to be amazed at how those initial moments, risky but rousing, defy the floor. Once established, her power to stay aloft shifts toward conquering the ground, and Albertson takes pleasure in the frisky steps, alongside her partner or hobnobbing with the other band.

“It’s really interesting,” she says, “how this feels like two different cultures meeting not as rivals but in a friendly manner.”

Albertson mentions there’s lots of corps work, with the Tharp and Robbins folks—quirky here, sensuous there—showing off in ways that can let you pick out each choreographer’s hallmarks.

“I’ve found some of Twyla’s steps challenging,” she admits. “They can be odd and quite fast and have to stay clear. But I’ve come to feel comfortable, as if the dancers are performing not for an audience but for each other.”

Albertson prizes her rapport with partner Alexander Peters.  And the ballet’s mischievous quality takes the pair to their happy zone. She says Peters has a comic disposition—which always keeps her smiling—and it works well for passages that have him cavorting as funny as Curious George.

Despite that element of inspired goofiness, Peters is all seriousness when he talks about Brahms/Handel.  He sees the ballet as progressing through two chapters cross-referenced in a tailpiece.

“The ballerina has to trust you and completely let go,” he says. “There are many tricky moves. It’s like tongue-twisters for the body.”

Whether jovial or courtly, Peters worked hard to own his role, insisting, “I have to be a chameleon and make the dance look real.  Without 150% commitment, it would seem insincere.  It helps we’re dancing in a premiere, with all of us on the same learning curve.”

Kleber Rebello, the male principal on the blue side, recognizes how Caddell’s guidance has led them to that authenticity. Already familiar with Robbins’ choreography he knew how to apply what he calls “minimalism in classicism,” doing only what’s essential for maximum effect. In fact, he’s also tackling a sublime role in the other ballet on MCB’s program, Robbins’ Dances at a Gathering.   But in Brahms/Handel he gained more freedom and exactitude.

“Stacy opened the way not just by teaching steps but allowing me to find my own interpretation,” says Rebello.  “She told me to use the music to feed my feelings. She really embraced everyone’s personality.”

Especially in two solos—going from military precision to loosened-up dancing, focusing on the upper body—Rebello discovered not just an approach to this ballet but also an expansion as a performer.  “I keep going in and out of the action, and the hardest part is keeping up my stamina.  But I love the variety in Brahms/Handel.  It’s been a really special experience.”