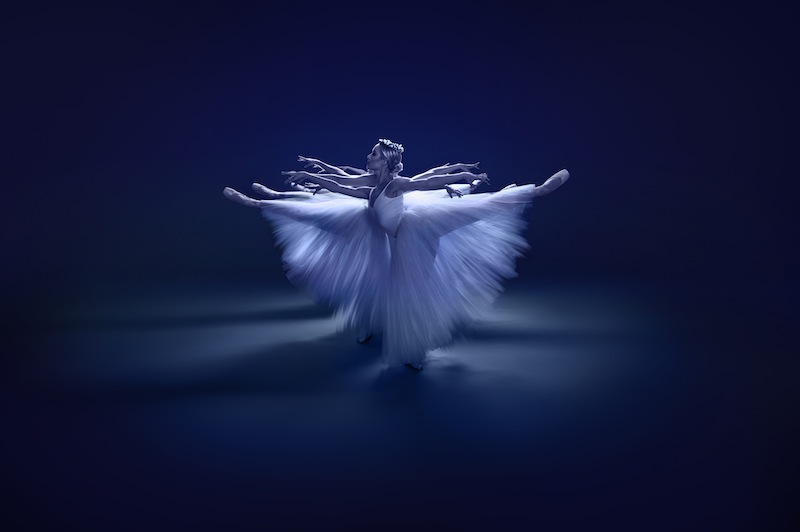 Carlotta Grisi, the legendary ballerina who originated the role of Giselle in 19th-century Paris, must be smiling down on Lauren Fadeley from dance heaven.Portraying the eponymous heroine of Giselle, the most celebrated French ballet, can well be considered the zenith of any career. And not only did Fadeley get to perform this in 2012, on her first time out as a principal at Pennsylvania Ballet, but now she’s ready to re-conquer the part as a newly-hired soloist at Miami City Ballet.

“This is such an iconic role,” the ballerina says, “it’s both exciting and a little nerve wracking to prove myself in it all over again.”

All its demands included, this providential casting has come as an unexpected blessing for Fadeley. Unlike so many aspiring ballerinas, she had not set her eyes on the special prize early on.“I didn’t grow up with this ballet,” admits Fadeley. “It just wasn’t in my reach.”

Lacking exposure to productions of Giselle in Orlando, her hometown, she went on to train at the School of American Ballet, a greenhouse for the Balanchine style. Work then followed as a corps member at New York City Ballet, where neoclassical abstractions predominate—not exactly a straight shoot for the lead in a historic narrative ballet. Still, there were signs Fadeley might be headed in this direction.

“Without knowing the story behind it, I fell in love with Giselle’s music when I heard it on tape as a girl,” says Fadeley, amused to think of the steps she came up with to Adolphe Adam’s score—sunny and tender, eerie and lush—on the porch of her childhood home.

Moreover, when Fadeley left her position at NYCB to get a degree at Indiana University—an unorthodox move for a ballerina already on a professional tract—she had the good fortune to come in contact with Violette Verdy. This French-born luminary danced for years at NYCB before becoming the first woman to direct the Paris Opera Ballet. Verdy authored Giselle: A Role of a Lifetime, an intimate and all-embracing study whose pages Fadeley learned to treasure.

With a libretto partially inspired by a passage from Heinrich Heine referencing the Wilis, a band of spectral maidens who, decked out in wedding white, dance hapless men to death, Giselle calls upon the lead to deal out conduct from the earthy to the supernatural. She must adorn rusticity in the first-act village scenes, perfumed by her love for the duplicitous Albrecht, and then take wing in the second act’s haunted forest as a reluctant Wili, ethereal yet resolute in shielding her remorseful deceiver from doom.

“Verdy showed there are so many elements in this ballet. Every time you do it, you go on a different ride,” Fadeley says.

The choreography in Giselle, by Jules Perrot and Jean Coralli, contains many stirring passages, but few pack as much force as Giselle’s pre-death mad scene—comparable to Ophelia’s in Hamlet—after she finds out Albrecht is betrothed to a noblewoman. “Of course, there are choreographic guidelines for this,” Fadeley explains about Giselle’s circling, lunging, and swooning, “but dancers bring differences to it. You really have to be in the moment for it to look authentic.”

Each dancer rehearsing Giselle—a group that interestingly cuts across ranks, from principal to soloist, at MCB —will no doubt put her own stamp on the role. But all had a chance to profit from the insights offered by Evelyn Hart, once a superlative Giselle at the Royal Winnipeg Ballet, who coached the casts in intensive sessions.

“She’s amazing—what an artist!” enthuses principal Tricia Albertson, another lead in the lineup. While experienced in previous productions of Giselle at MCB (the company’s first was in 2002, staged by then ballet mistress Eve Lawson and principal Eric Quilleré), Albertson appreciates her new gains from Hart’s capacity to convey thoughts behind actions in the ballet, which enhance the dramatic context. “She brings in so many sides, it renews the narrative. This really helped me explore the character.”

Those preparatory sessions also enriched Jovani Furlan’s approach to Albrecht. The soloist has a shorter resumé than Fadeley and Albertson, but he certainly has no shortage of passion and industry. About his first-time match-up with Fadeley, he says, “We really clicked! She’s such an expressive dancer, it makes it easier to read her body. There’s an on-going dialog in our heads that lets the ballet speak.”

In his initiation as the male lead in MCB’s Giselle, Furlan found that Hart’s pointers allowed him to shape a more profound characterization.

“Albrecht grew up in a rigid life among royalty,” Furlan reflects, “and Giselle, pure and naïve, takes him on a different journey.” The dancer recognizes the nobleman in disguise may be played as irresponsible and self-indulgent, but he prefers a more sympathetic take. “He doesn’t really want to bring harm. And love can make you do such crazy things! Sure, there’s pain and guilt, but … since Giselle saves Albrecht, he’s been forgiven and can live to become a better man.”

Going through the crucible of a scary night in the woods not only transforms the character but—with all its technical requirements—also the dancer. As Furlan has seen, “Keeping up my stamina is a big part of this.” At the end, he admits, he hardly has to pretend he’s nearly danced to complete exhaustion.

Fadeley, too, comes away from the ballet feeling the impact of its final scenes. Their intensity can be draining, and she must find the calm that performance craft brings in an emotional whirlwind. “You really get into the zone,” says Fadeley—and sums up the ballet’s transcendent quality with a simple phrase: “It’s so beautiful.”