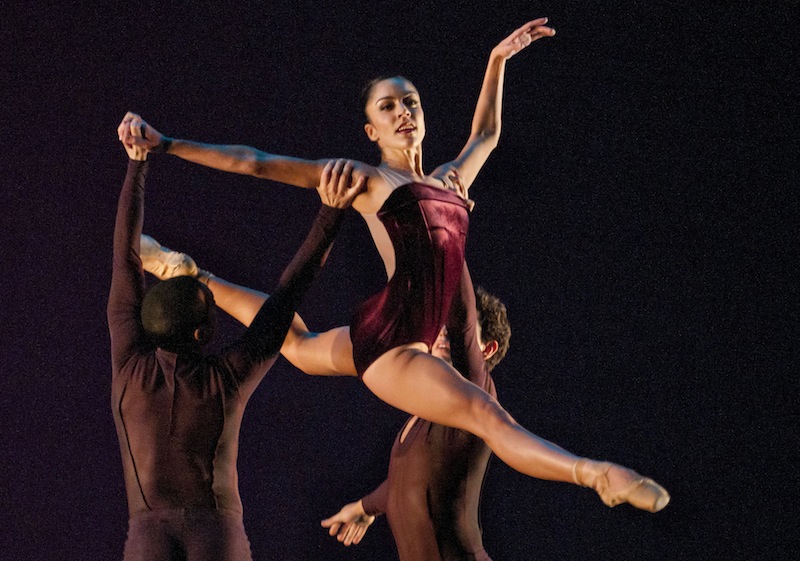 Miami City Ballet opens its season Friday night at the Arsht Center with a program that is representative of what artistic director Lourdes Lopez calls a major milestone for a ballet company of its size — 30 years as Miami’s resident ballet company.

It will be a season that tips its hat (or toe shoe) to MCB’s past, present and future. Lopez says that she’s selected ballets from MCB’s repertoire with that specific goal in mind for the entire season, with evenings that she calls “celebrations.”

Program One features the past with George Balanchine’s one-act version of Swan Lake and 20th-century American modern classic Fancy Free, Jerome Robbins’ and Leonard Bernstein’s vibrant, jazz-tinged ballet, and the composer’s first foray into ballet. The present is represented by Viscera, most notably because of young choreographer Liam Scarlett, who is not yet 30. MCB was the first American company, then under Edward Villella, to commission a ballet by the Brit. That was in 2012. Scarlett, artist in residence for the Royal Ballet, continues to create one sensational hit after another major ballet companies on both sides of the Atlantic.

The future part of the MCB season, however, is being saved for the big crescendo in Program Four with a reimagining of Balanchine’s A Midsummer Night’s Dream in March.

Yet the diversity and impact of the 30th anniversary year is evident in Program One. Swan Lake and Fancy Free were part of MCB’s initial seasons — and the years when Lopez danced as a soloist and principal with New York City ballet, gaining once-in-a-lifetime lessons from the legendary choreographers. In these pieces, MCB’s renditions will be as close as you can get to the original perspective, adding thrill to what audiences see onstage and what dancers experienced in rehearsal.

“One of the things Miami City Ballet has been known for is its Balanchine and Robbins rep. And they were my two teachers, my two artistic directors, that I danced under and were obviously an influence in my career,” says Lopez.

For corps de ballet dancer Leigh-Ann Esty, who has been with the company for 12 years, she says learning from the Balanchine and Robbins protégé is a dancer’s dream: “You can’t get better coaching than that. It’s great to have her in the studios with us every day.”

Esty will dance the big-city girl with the red bag, the first girl to appear, in Fancy Free. It’s the same role Lopez danced for Robbins in 1986 at New York City Ballet. “It was a year working with Jerry personally and having him teach us that ballet, and to hear what he was thinking, what he wanted, straight from the horse’s mouth,” Lopez says. She recalls a second rehearsal, where rather than teaching steps, Robbins gave a well-rounded history lesson of what life was like in the 1940s era, the era where Fancy Free is set.

“It was so important for us to understand these specific people so that we could have that depth when we danced these parts. That’s the type of information that you can’t deliver if you haven’t worked with him because you didn’t live it,” she says.

Lopez feels that it’s her responsibility to pass down these stories of Balanchine and Robbins, insights that “aren’t written down in notes anywhere.” She worries about their original vision becoming extinct, diluted.

Balanchine used the music and the concept for his one-act Swan from Act II and Act IV of the Ivanov-Petipa production for the Marlinsky Ballet, which the renowned Russian Troupe premiered in St. Petersburg in 1895.

“What’s interesting is that he’s made this more of a piece for the corps de ballet . . . for the company,” Lopez says. “He was really of the mindset that the corps was not just an embellishment or an adornment or a decoration to the principals, but that they were vital to the piece.”

It’s also what she likes about Scarlett’s piece. “This is a contemporary choreographer who is really about community. It’s very hard to pull out who is the principal or who is the corps. There’s no hierarchy in Viscera.”

For Esty, it is what she loves the most about Program One. “I’m in the corps in Swan Lake as one of the four little swans. For the second ballet, Viscera, I’m originating the corps spot I danced when we premiered the ballet in 2012, and in Fancy Free, I’ll be dancing the girl who comes out with the red bag. Program One offers a little bit of everything.”