MDC Live Arts Unveils the Season of Ojala/Inshallah: Wishes from the Muslim World 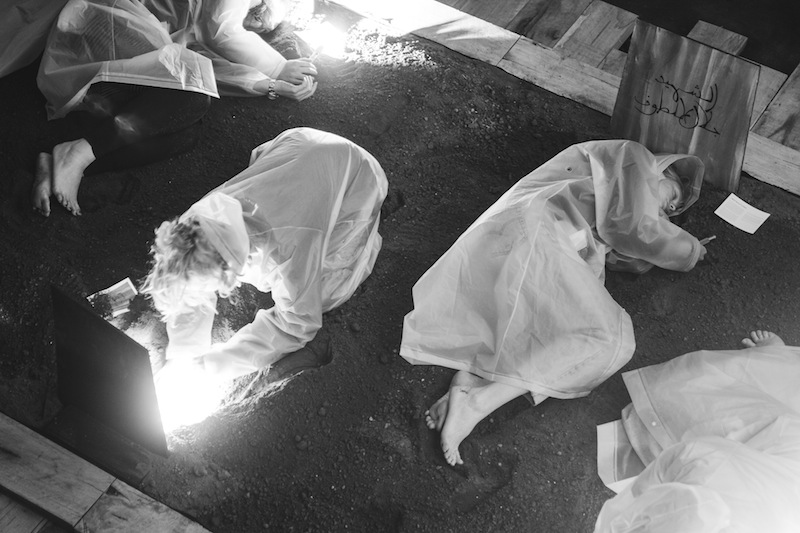 It’s a tall order to present a season as surprising as it is moving, as disturbing as it is delightful. Miami-Dade College’s Live Arts 2017-2018 season — Ojala/Inshallah: Wishes from the Muslim World sets out to do all that.

“We talk so often about commonality and diversity in Miami,” says Kathryn Garcia, Executive Director of MDC Live Arts. “Even as our country takes up these issues, for quite a while here in Miami, we’ve been talking about migration, about inclusion and exclusion and the experience of being ‘the other.’ Even as we wrestle with all this, we may not remember just how close Hispanic roots are to Moorish culture. Live Arts wanted to take a look at that. We also hoped to shed some light on just how diverse our community actually is. .. and we wanted to recognize the thousands of Pakistani families living among us.”

MDC Live Arts officially begins its season on November 4 at the Olympia Theater with the Sachal Ensemble, better known in some circles as the Pakistani “Buena Vista Social Club.” And what a story they have.

Life wasn’t so easy for old time musicians in Lahore, the Pakistani city that is home to the group. The Taliban’s influence led to frequent assaults on musicians. Even carrying one’s instruments in the streets could bring on an attack. To make matters worse, this was a group that really liked American jazz.

It hardly felt foreign to the musicians of Sachal. Traditional Pakistani musical structures, its ragas, welcome similar improvisation. Suffice it to say, the group spent most of their time playing only for themselves behind closed doors. Then one of their number decided a post their rendition of Dave Brubeck’s classic “Take Five,” on Youtube. And everything changed.

Not incidentally, Brubeck himself called the group’s sitar-heavy “Take Five,” “the most interesting version ever.”Other American Jazz icons took note. Wynton Marsalis invited the group to play with him in the Jazz at Lincoln Center series. An award-winning documentary on the group, “Song of Lahore,” was narrated by Meryl Streep.

Guitars will mix with a sitar, Pakistani flute, and nearly a dozen tabula (small drums similar in sound to bongos) for the performance. Miami audiences will be treated not only Brubeck but Ellington, Henry Mancini and the Beatles along with a range of Pakistani chestnuts. Through it all, expect percussion as intricate as anything Afro-Caribbean rhythms have dreamed up.

From December 6 through 9, during the clamor of Miami’s Art Week, Live Arts presents a still point — an artist whose performance pieces have been described with reverence by major newspapers. Lebanese Tania El Khoury’s work, “Gardens Speak,” is a breath-takingly intimate look at the Syrian conflict. She asks members of the audience to make their way to a defacto grave, “claw through the earth” and finally, while resting there and holding the space for one buried far away, listen to audio telling his/her story in oral history and music. El Khoury’s title alone speaks volumes. Under Syria’s President Bashar Al Assad, death has become so politicized that families often bury their lost ones in a back-yard.

“These burials are often an act of resistance,” explained El Khoury in a 2014 interview with London’s The Guardian. “Funerals in Syria often lead to more deaths: there have been incidents of the shelling of cemeteries while funerals are taking place, and in some instances before the burial can take place the families are asked to sign documents exonerating the Assad regime of their loved one’s death. The lack of liberation follows people even into death.”

Garcia cautions, “Gardens may sound like only a painful work, but my experience with it was very much the opposite. In being able to connect so deeply with another’s life, I felt empowered.”

Like each of its offerings this season, MDC’s April residency and free, all-community event challenges easy stereotypes of ‘other.’ Hip-Hoppa-Locka is not only an evening of hip-hop from an Arab and Arab-American crew, that crew is all young women. The show will be part of the womens’ two weeks of workshops in area schools.

“And what better place to have the evening than in Opa-Locka,” says Garcia. “After all Opa-Locka is the U.S. home of Moorish revival architecture.”

The season’s finale is a culmination not only of a wondrous season of performances, but of their subtext. On May 12 at the Olympia Theater the 24-piece National Arab Orchestra will perform – its members are not a multi-national group, but hail from Michigan, which has a large Arab-American population. The evening will be one of classical Arab music punctuated by the work of internationally acclaimed flamenco guitarist Jose Luis de la Paz.

In between these highlights are five more evenings that include Persian lute music, a trumpeter, an all-guy dance troupe, a collective working with Moroccan ritual/trance music and a spoken word combo of Vets and refugees.