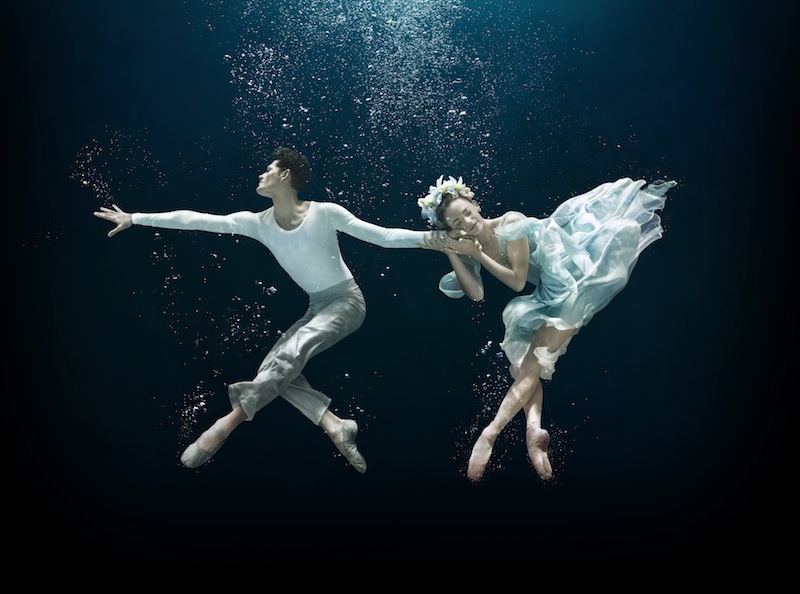 If Art History classes in universities were conducted like Miami City Ballet’s Open Barre series, 500-person lecture halls would fill instantly and students would conduct sit-ins at being wait listed.

Performed at the intimate Wolfson Theater at the Miami City Ballet Studios (2200 Liberty Ave., Miami Beach), the event showcased young performers from the Miami City Ballet School but clearly jumped outside the format of your typical dance recital before the first dancer set foot on stage. MCB principal and author, Jennifer Kronenberg, met with fans in the lobby, signing copies and fielding questions about the much expanded second edition of her book: So, You Want to Be a Ballet Dancer?

The theater was predictably packed with parents and relatives there to cheer on their children. Michael and Elisheva Rogoff filled at least half a row with fans of their daughter, Natanya, in her third year at the school. Michael explained they considered themselves lucky to live so close given Natanya’s five to ten hour weekly practice schedules.

Discovering a fellow Pittsburgh transplant seated behind me started a discussion with Susan Leone, whose daughter, Emma, would later cut an impressive figure as a red-corseted dance hall girl during Western Symphony. Susan explained that Emma had begun her ballet training “in diapers in Dallas,” but now was feeling competitive pressures as she auditioned for an opening in a professional company.

The stage itself was set with seven practice barres at different angles to the audience. As school director Darleen Callaghan explained during her welcome, this arrangement would make the movements of the performers transparent from all sides. Important, since dancers from Level I to Advanced would be re-enacting a ballet class as the afternoon’s first act.

At a whistle, students in pale yellow and blue, black, red and white leotards took their places at the barre. For the next 40 minutes, they performed a snapshot of movements from a typical ballet class at the school. The class was carefully accompanied by pianist Juvenal Correa-Salas, who peppered classical excerpts with passages from Star Wars and riffs on Beyoncé.

As the first act ended, Maria Torija, MCB’s principal dance historian, outlined a brief history of the dance. Beginning with Catherine de Medici and Louis XIV, she passed through the centuries to the Petipa-Tchaikovsky-Ivanov partnership responsible for ballet’s famous troika — Sleeping Beauty, Swan Lake and The Nutcracker.

As Torija concluded, “the history of ballet is a history of countries — Italy, France, Russia, and the United States and in that history all roads lead to choreographer George Balanchine.”

The final act was a performance of Balanchine’s, Western Symphony. The pairing of Valeriia Chaikina and Luiz Silva during the “Adagio” movement was especially inspired. As she leapt repeatedly either into his arms or through them, he calmly snatched her from the air, made a glove of his arms and held her motionless, parallel to the floor or directly overhead.

The finale of Western Symphony sees the entire corps pirouetting in unison as the curtain closes on still spinning dancers. In the intimacy of the Wolfson Theater, where dancers feel close enough to touch, the effect was especially intense. On the way out, past rows of excited relatives waiting with roses for the young performers, something Kronenberg had said before the signing captured the afternoon: “I think all the dancers that step on that stage…are not doing this for just the love of the movement — on the stage we project a possible future for the dance.”

What a promising future.